A former nurse who was battling cancer died alone after catching the coronavirus from an elderly dementia patient she was sharing a ward with in hospital.

Amanda Strudwick had survived lung cancer last year but was admitted to a hospital in Lincolnshire in March with pleurisy and pneumonia.

The 52-year-old was told that her cancer had returned and was admitted to Pilgrim Hospital.

During her spell in hospital the former nurse and care home manager befriended and elderly woman with dementia.

Amanda who was well known in her local area of Boston didn’t know that woman was battling Covid-19 and one night she helped put her back to bed when she became distressed and disorientated.

Her selfless act of kindness contributed to her death in hospital with no family present on April 11. 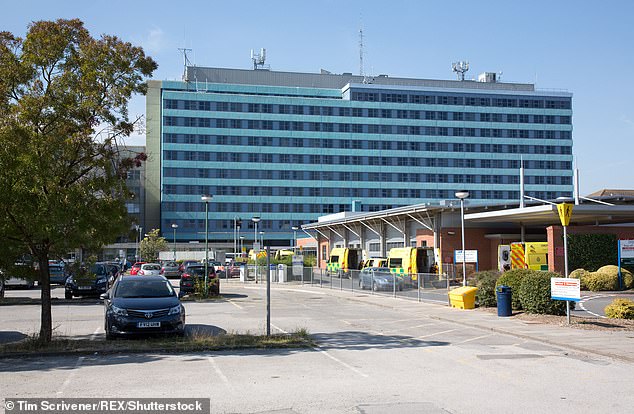 Daughter Nicole, 26, from Wigtoft, said: ‘My mum was an amazing human being. She worked as a nurse in the NHS for many of years and then managed a little nursing home called White Gables in Kirton Lincolnshire.

‘My mum was a survivor to lung cancer. She only had a half a lung on her left side with her normal lung on the right.

‘Unfortunately she got pleurisy and pneumonia and ended up being admitted to hospital. We then find out my mum’s cancer had returned so as a family we had to deal with that.’

Nicole highlighted that her mother had been sharing a ward with a woman who was suffering from advanced dementia. 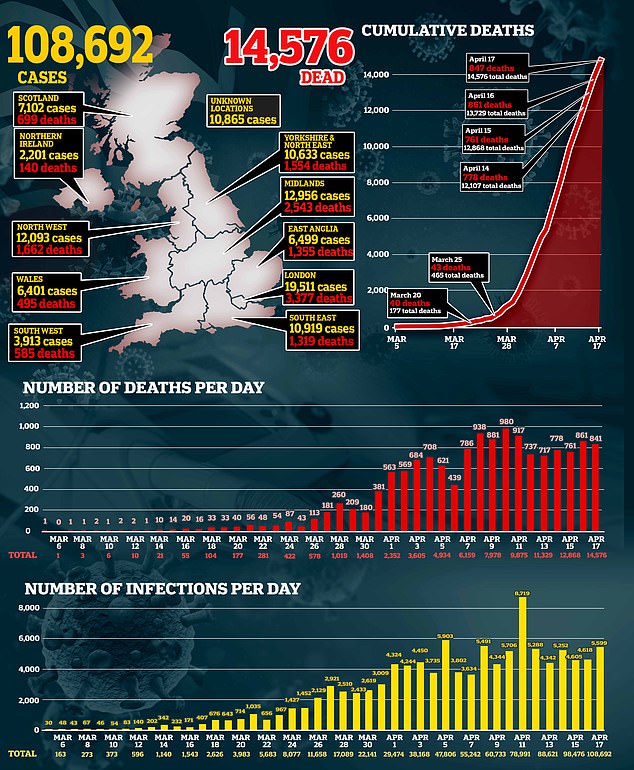 ‘My mum, being the beautiful lady she was, decided that although she was poorly she would get out of bed and help this old lady back to her bed, holding her hand to let the lady know she could trust my mum.

‘Little did my mum know she would then contract COVID-19 off this lady. Unfortunately, due to getting this and having the cancer and pneumonia, we lost my mum.’

Amanda is also survived by husband Chris, 59, son Callum, 20, and her other daughter Tiffany, 25, who lives in Hull.

Tiffany, a police officer with Humberside Police, said that if her mother had her time again and knew what was coming she would still have cared for the elderly lady. 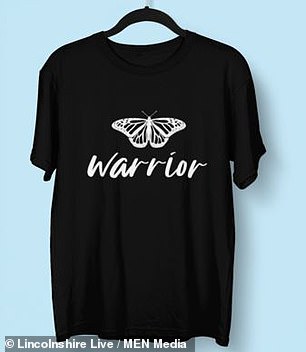 Tiffany’s friend Charlie Moss has designed charity NHS Warrior T-shirts , with £20 from each sale going to the NHS

She said: ‘My mum was in with cancer. She was COVID-19 clear. The only person she came into contact with was the lady she helped.

‘But if she was here today knowing what she would go through she would have still helped that lady, because that’s the sort of person she was.’

Tiffany said that her mother had come home from hospital for five days when it emerged the woman she helped had tested positive for coronavirus.

Amanda was rushed back to hospital after becoming really poorly and she too tested positive. Tiffany said her mother was put into her own room.

‘The worst thing was that we were not with her when she died. Dad did go onto the ward dressed up in full PPE on the night she died and he was with her for an hour but not at the end’.

She added that her mother was unable to speak, but that he main concern had been that she was sorry for her children.

‘She did not say goodbye, she said: ‘See you later.’

‘Mum was very well known in Boston. If you went into town shopping with her she’d be stopped five times.

‘People have to realise that you cannot be going out and about and doing things like going to barbecues.’

Tiffany’s friend Charlie Moss has designed charity NHS Warrior T-shirts, with £20 from each sale going to the NHS.

Amanda’s daughter Nicole said: ‘Mum was very well known by a lot of people – she changed lives. That’s why we’re trying to make awareness and to raise money for the NHS.

‘While we couldn’t be there, the hospital staff became her second family. She was so loved and she was taken care of.

‘Coronavirus is happening out there. My mum’s deaths has hit home with a lot of people.’