Jamie Carragher has admitted he regrets not fighting for his England career more and claims his Liverpool career always took priority, even when he was on international duty.

The former centre-back made just 38 appearances for the Three Lions over an 11-year international career, with the likes of John Terry, Rio Ferdinand and Sol Campbell often preferred to the Reds defender.

Carragher came through the U21 set-up with Frank Lampard, but the duo endured differing senior careers on the international stage, with the former Chelsea midfielder earning 106 caps for his country. 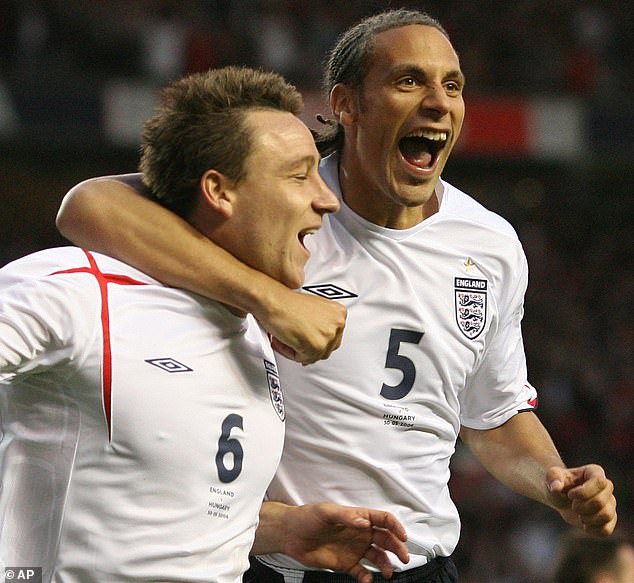 And Carragher believes talent and a desire to want to represent his country was the difference between them, and the self-proclaimed lack of commitment to England is something the Sky Sports pundit now regrets.

Asked by former England team-mate Gary Neville whether he was right in believing Carragher didn’t enjoy being with England, the 43-year-old told The Overlap. ‘Yeh, and I regret that. I’d tell a youngster to have a different mentality to what I had.

‘I shouldn’t have been a regular for England, I wasn’t good enough – I wasn’t better than John Terry or Rio Ferdinand or Sol Campbell.

‘England is the only team in my life, starting at five years old, that I didn’t dominate. And I accepted that too easily rather was just happy to be in the squad. 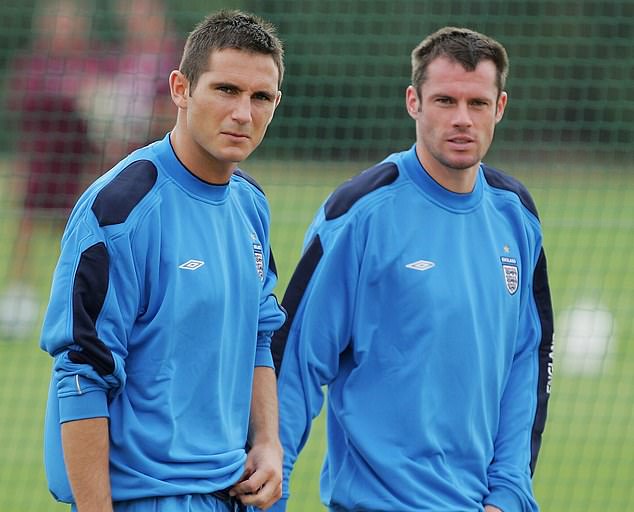 ‘I wouldn’t say I loved it, I didn’t like being away especially when you’re not playing… I’m not having a go at anybody but I should have fought a bit more.

‘It didn’t hurt me enough not to play for England. Even when I was with them, I was thinking about Liverpool on Saturday. I always had that mentality.

‘Say Frank Lampard, he wanted to be an England player more than me. I didn’t want it enough or force it enough – whether that would’ve been good enough I don’t know. I could have done a bit more.’

Arguably Carragher’s lowest moment in a Three Lions shirt came at the 2006 World Cup, when he missed a penalty in the infamous quarter-final defeat by Portugal after being forced to re-take it.

Carragher dispatched the initial spot kick with ease, but referee Horacio Marcelo Elizondo ordered a re-take after claiming he had taken it too soon. 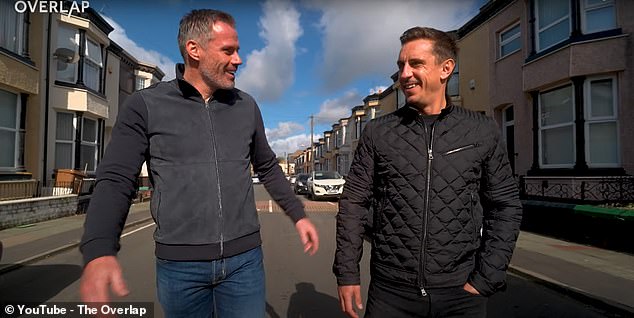 His second go was saved by Portuguese goalkeeper Ricardo, with England eventually losing the shootout and sealing their elimination from the competition.

And Carragher admits his head ‘was all over the place’ after being asked to take the penalty again.

‘No one mentioned before the game that it could happen [come on to take a pen]. I’d score every penalty in training.

‘I didn’t miss one in all the weeks we were there. I didn’t feel nervous one bit. I always remember you saying to me ”do you want me to take it?” do you remember that?’

Neville responded: ‘No! I don’t remember that at all, I must’ve realised at the time that it was wrong.’ 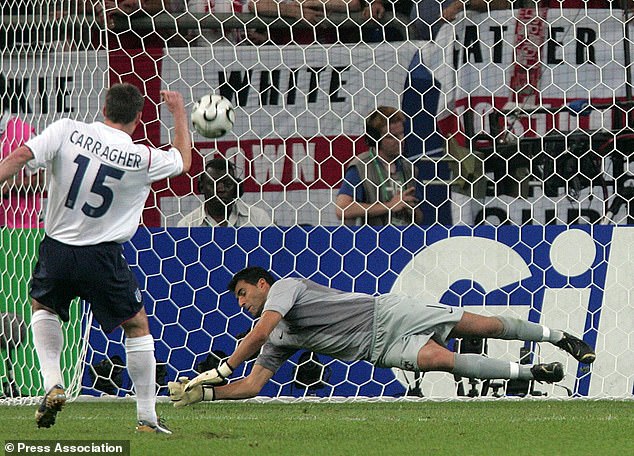 Carragher then replied: ‘I wouldn’t say the manager was wrong. It wasn’t ideal circumstances.

‘I turned around and didn’t wait for the ref to blow the whistle. I wanted to go up with pace, I scored and referee said take it again.

‘And then my head was all over the place. I don’t look back at that now about missing a penalty for England. I don’t think people could believe I was taking a f****** penalty!’

But there were far more peaks at club level for the ex-centre-back than there were on the international stage, with Carragher winning 11 trophies during his 17-year senior playing career at Anfield.

Six pieces of silverware came as part of a Reds outfit managed by former French boss Gerard Houllier, and while he believes that team remains underrated to this day, Carragher insisted he was ‘relieved’ to call an end to his career in 2013. 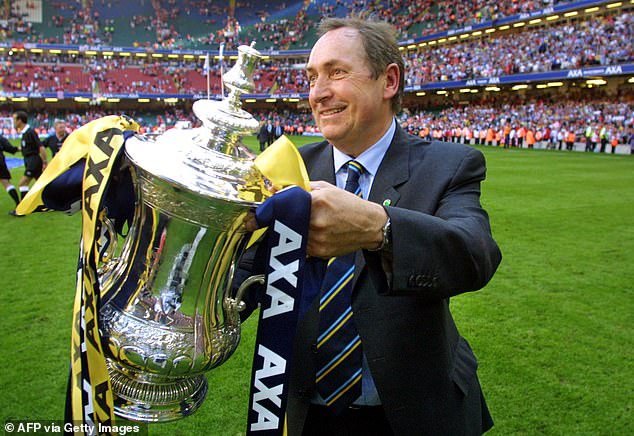 But he enjoyed plenty of success at club level, especially under Gerard Houllier (above) 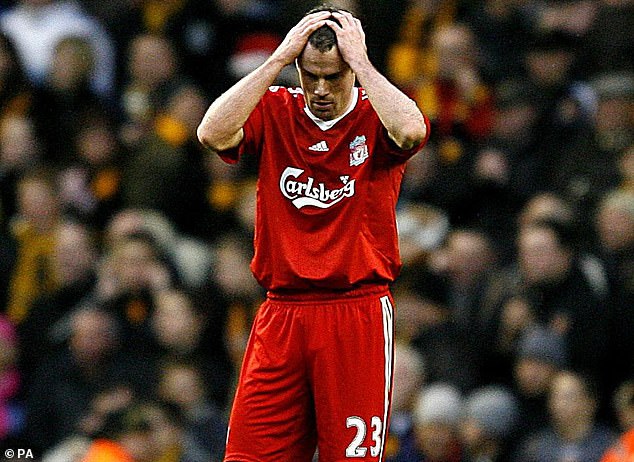 ‘We won everything but the league. We were competing with the best [Manchester] United, Arsenal and Chelsea team.

‘Leeds and Newcastle didn’t win anything, with all the money. We found a way to beat Mourinho’s Chelsea – that team doesn’t get enough credit.

‘I was too hard on myself, too emotionally involved for Liverpool. I’d be in a bad place if I made a mistake. I almost didn’t enjoy playing, it was more relief. I was relieved when it was finished, I don’t miss my playing days.’ 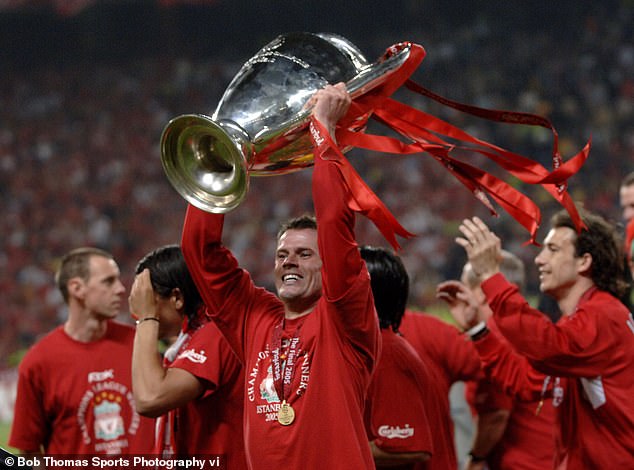 But Carragher’s most famous achievement came in Rafael Benitez’s first season at Liverpool, when he won the Champions League famously in Istanbul after the side came from 3-0 down to beat AC Milan on penalties.

However, the 43-year-old has revealed while he enjoyed a good relationship with the current Everton boss, a number of the British forwards were not so fortunate.

‘He was a top class coach,’ Carragher said. ‘Benitez took my game up a few levels.

‘The British forwards – [Peter] Crouch, [Jermaine] Pennant, [Craig] Bellamy, [Robbie] Keane – used to the British culture of managing, they found a problem and there was never a connection between Rafa and those type of players.’ 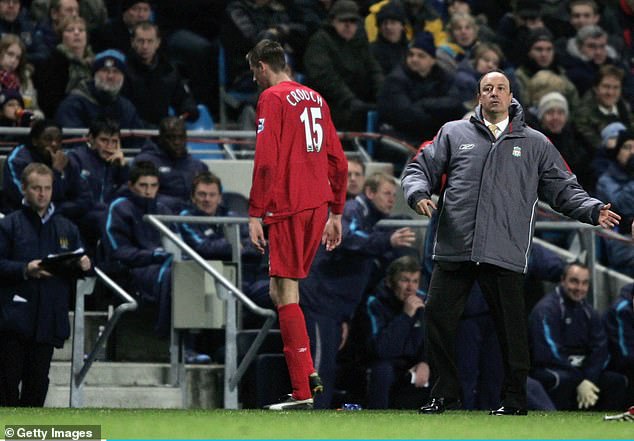