Former French president Nicolas Sarkozy is at the centre of a bitter racism row after he questioned if it was acceptable to call people monkeys.

The 65-year-old conservative had initially caused outrage on the ‘Daily’ TV discussion programme when he said the word N***** should be allowed.

He was particularly upset when appearing on the show on Thursday that France had just stopped publishing the Agatha Christie novel Ten Little N*****s under its original title – 81-years after the British author wrote it.

The book is now called And Then There Were None in France decades after much of the rest of the world dropped the offensive term. 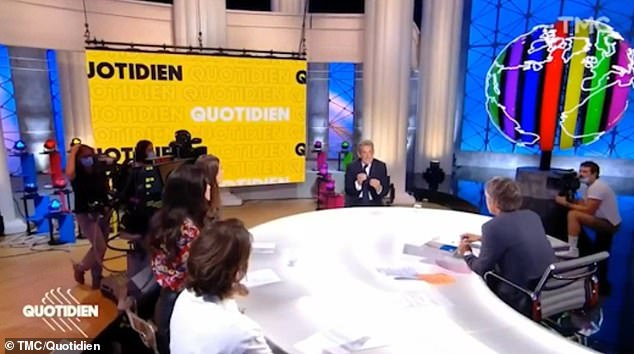 Nicolas Sarkozy gives his opinions, which caused criticism, on the TV show in France 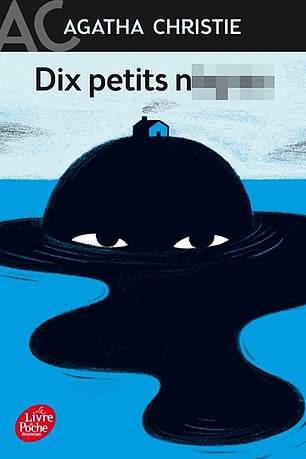 The French translation of an Agatha Christie novel will change its name to remove the N-word from its title, the author’s great-grandson has said.

Dix Petits N*****, or Ten Little N****** as it was originally called in English, will instead become Ils Etaient Dix, or They Were Ten, once the new edition is printed.

A similar change was made to the English-language version decades ago, which now goes by the title And Then There Were None.

The original title comes from a minstrel song that was popular when the book was first published in 1939.

The decision to change the title was taken by Christie’s great-grandson James Prichard, who heads the firm that owns literary and media rights to her works.

Not using words ‘that upset people’, Prichard said, ‘just seems to me a very sensible position to have in 2020’.

But the changes won’t just stop at the title, the text will also be changed to remove uses of the word.

The N-word word had appeared 74 times in the French version of the book but will be replaced with the word ‘soldat’ or ‘soldier’ in the latest translation by Gerard de Cherge, said RTL.

The book gained its current English title in Britain in the 1980s, following the example of the US edition which used the non-offensive And Then There Were None title as early as its first publication in 1940.

It has also appeared in the US under the title ‘Ten Little Indians’, a racially-loaded term which in itself is controversial in America nowadays.

The book has sold over 100 million copies, making it one of the best-selling novels of all time.

France was one of the last countries to continue using the original title. 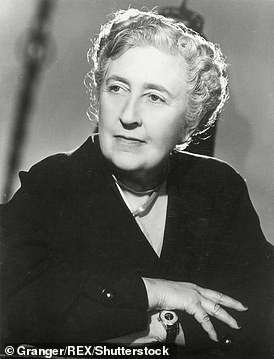 Speaking on the show Mr Sarkozy said: ‘This is the will of the elites who pinch their noses.’ He added that they are: ‘like monkeys who listen to no-one.’

The former president continued with his extreme views saying: ‘I no longer know if we have the right to say monkey. What do we say now? The ten little soldiers? This progress society?’

He became more agitated as the other guests on the TMC channel show became increasingly uncomfortable.

Mr Sarkozy continued: ‘We perhaps have the right to say monkeys, without insulting anyone.’

Critics soon pounced on his comments with MEP Yannick Jadot posting a video of Mr Sarkozy’s comments with the words: ‘Nicolas Sarkozy in the midst of a racist shipwreck.’

Danièle Obono, the Paris MP, said Mr Sarkozy was a ‘small ex-president of the French Republic’ who was a ‘great inspirer of the Right, extreme Right and uninhibited far-Right.’

Ms Obono, a black MP was this month portrayed as a chained slave in the Right Wing weekly Valeurs Actuelles (Current Values)

She added that such behaviour was typical of an institutionally racist country.

Adrien Quatennens, from the left-wing Parti de Gauche, said: ‘Beyond the debate on what we have the right to say or not, will he understand that the most annoying part of this sequence is the speed with which his brain associates the word ‘monkey’ with the word n*****.’

The magazine’s publishes tried to say that they were satirising views common in France’s National Front – now the National Rally.

The political party, National Rally, is frequently linked to racism, Islamaphobia and anti-Semitism.

Mr Sarkozy did gain some support as ex-minister Rachida Dati, close to the former president, denied that he had ‘an ounce of racism’.

She argued on BFM-TV and RMC that Mr Sarkozy had welcomed Barack Obama ‘even before anyone can imagine that he could one day become president.

‘He was for positive discrimination, for foreigners’ right to vote.’

Next month Mr Sarkozy will become the first former President in the history of modern France to be tried for corruption linked to his time in office.

If found guilty during the 17-day process, which starts on October 5, he faces up to 10 years in prison.

The case follows Paris’ Court of Cassation rejecting Mr Sarkozy’s appeal against accusations that he tried to bribe a judge.

The former President denies any wrong-doing but is said to have tried to obtain classified legal information from Gilbert Azibert in 2014, when he was First Advocate General at the Court of Cassation.

Fraud squad officers raided the home that Mr Sarkozy shares with his third wife, the model Carla Bruni, 52, within a week of him standing down as president in 2012.

The timing of the raid was because French presidents are immune from prosecution while in office.

They can only be charged once they leave the position.

Mr Sarkozy has also faced other sleaze scandals including allegations that he took back-handers to help Qatar win the 2022 World Cup.