Lara Logan has opened up about a brutal sexual assault that saw her raped by a mob of men in Egypt while covering the resignation of Hosni Mubarak for CBS News in 2011.

The former 60 Minutes correspondent was at the peak of her career in 2011 when she was the victim of gang rape while covering the Arab Spring demonstrations from Cairo’s Tahrir Square.

‘People were celebrating. It seemed a pro-American crowd. Suddenly, our translator turned to me with a look of sheer terror and said, ‘Run, run!’ I felt people grabbing between my legs. I was quite stunned. Our security, Ray Jackson, and the rest of us ran, and others in the crowd were running with us. I thought we were getting away, but some of the men running with us became my rapists,’ she told Newsweek.

‘Ray told me to stay on my feet and hold onto him,’ she said. 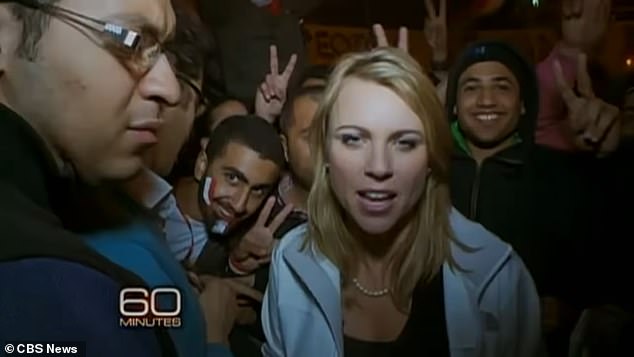 Logan told how she became separated from members of her crew after someone in the frenzied 200-strong crowd shouted ‘Let’s take her pants off.’

‘If I was knocked down, I’d die. I fought the assault as best I could for 15 minutes, but they tore all my clothes off and raped me with their hands, with flagpoles and with sticks. They sodomized me over and over. They were fighting for my body. I couldn’t hold on to Ray any longer.’

Badly beaten, traumatized and in pain, she said she drew strength at one point in the attack by thinking of her two young children.

‘There was a moment I gave up, but I kept thinking about my two babies,’ Logan continued.

Logan goes on to describe the horrific nature of the attack in graphic detail.

‘It was so hard to breathe; there was so much pressure on my rib cage. They tried to rip my limbs off. I went down and I couldn’t get up. It was a mad frenzy for a piece of me. They tried to scalp me with their hands, ripping out clumps of my hair.’

Logan tells how she was dragged into an area where women and children had been camped out protesting and who ultimately saved her.

‘I landed into the lap of a woman. I was naked and hysterical, and some boys stood between the men and this Egyptian woman. People threw clothing at me. It was amazing I could be so humiliated while so close to death. The moment I thought I was lost was when I lost Ray, but I realized later he went to force the Egyptian army to look for me,’ she described to Newsweek.

Logan was only rescued when the group of local women brought 20 Egyptian soldiers to her aid. A doctor sedated her at her hotel and she was immediately flown back to the U.S. where she spent a further four days in hospital. 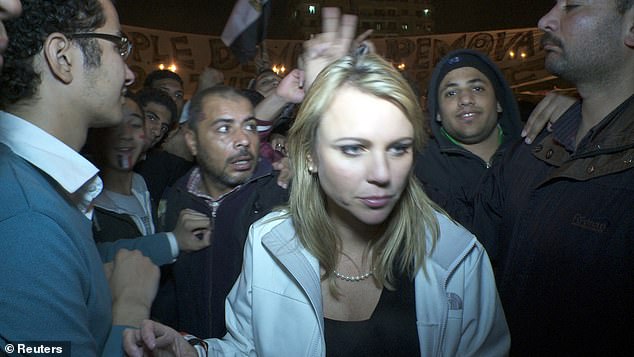 Last year, she sued New York magazine for $25 million over an article about the fallout that she claims tarnished her career

In her latest venture titled Lara Logan Has No Agenda, Logan is to release a 90-minute special on Fox Nation that explores ‘liberal bias’ in the media.

‘You can’t have a #MeToo movement standing up for women and righting the wrongs of the past but say nothing about a female journalist who was gang-raped and almost died,’ Logan said.

Last year, she sued New York magazine for $25 million over an article about the fallout that she claims tarnished her career. 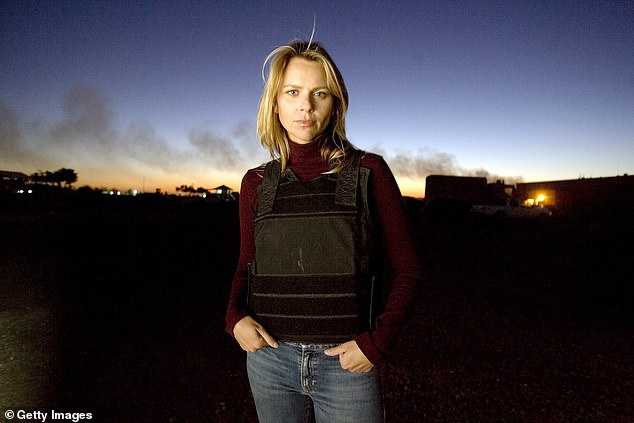 Journalist Lara Logan is pictured in 2006 in Camp Victory in Baghdad, Iraq

Lauren Starke, a spokeswoman for New York magazine, said the ‘article was thoroughly vetted and fact-checked, and we stand by our reporting.’

CBS News admitted it was misled in Logan’s report by a source who claimed he was on the scene of a 2012 attack on the U.S. mission in Benghazi, Libya, but whose account was later discredited.

Logan later appeared on CBS’ ‘This Morning’ and apologized to viewers, saying it was wrong to include in the report Dylan Davies, a security contractor who claimed he took part in fighting at the mission.

Logan claims that a 2014 article in New York magazine about the report contained defamatory statements that hurt her reputation and led to a diminished role at CBS. 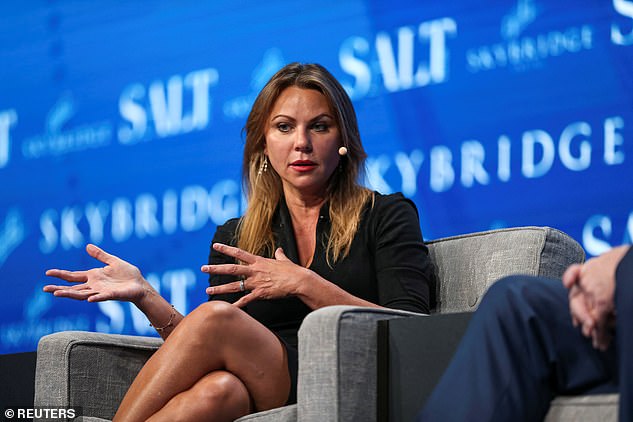 Logan’s last ’60 Minutes’ piece aired in 2018 and her contract was not renewed, according to the lawsuit.

‘When someone says I was merely groped, I don’t forget. And I don’t forgive,’ said Logan.

‘I could not believe anyone would do that when the truth was known … What also concerned me was that the truth would be adjusted and then rewritten over time and eventually lost.’

‘I did not enjoy reporting on my colleagues and my profession,’ Logan said to Newsweek about her upcoming documentary series. 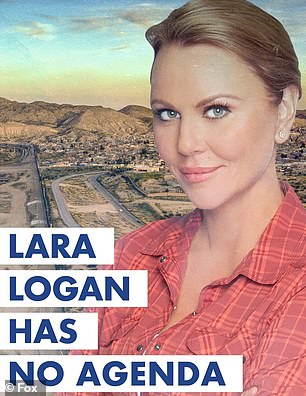 ‘Journalists make a big deal about looking at stories from all sides, but they don’t,’ Logan said. ‘There’s been how many conversations about the bias at Fox? But we don’t talk about the liberal bias. Why can’t we have that conversation, as well?’

‘One of the most significant things I learned over the past three decades is that liberal bias is framed as honest, an imperfect but noble struggle for the truth on one side, not on the other. Then, bias becomes intentional deception. If you’re Fox News or talk radio, it’s not noble and it’s not truth, it’s disinformation and propaganda,’ Logan notes.

‘It’s probably the most stressful story I have done in my life, and difficult in many ways. But as my boss at 60 Minutes would say, ‘If it was easy, everyone would do it.’ Right?’