A former burglar who ditched his life of crime has joined a smart home security firm as a consultant to offer advice on how best to protect their customers’ homes.

Luke Harris, 32, from Warminster, Wiltshire, previously funded his lifestyle by looting from unsecure homes over a 12-year period and narrowly avoided jail time.

However, he is now putting his expertise to good use to make sure peoples’ homes are secure.

Luke, who is now in a steady relationship and has a daughter and stepson, went straight five years ago and jumped at the chance to put his burgling skills to good use – on the right side of the law.

Luke Harris, 32, from Warminster, Wiltshire, (pictured) spent 12 years living as a burglar before turning his life around 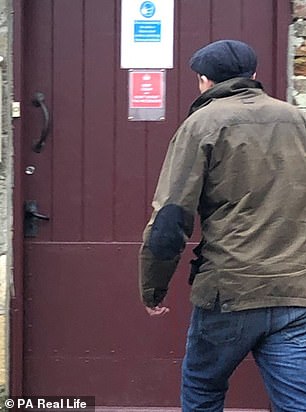 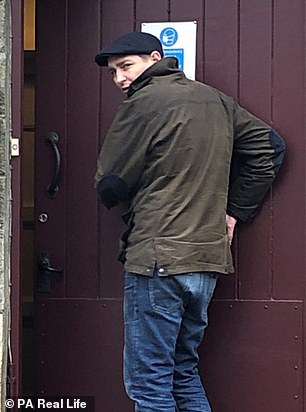 He now works for Edinburgh-based smart security firm Boundary as a consultant, advising them on how best to keep their clients’ homes safe

‘I remember seeing the job advert and being immediately intrigued,’ he said. ‘Because it said, “We’re looking for someone a little bit different”.

‘After seeing they were specifically looking for a former burglar, I really wanted to give it a shot and applied. I didn’t think I’d get it at first, but I desperately wanted it.’

Luke saw off 50 other applicants for the role and started his new job this month.

Despite growing up in a stable family in Bridport, Devon, Luke was first tempted into crime at the age of 12.

He said: ‘I grew up in the middle of nowhere, surrounded by fields. I first got into crime looking for a cigarette as the nearest shop was miles away and actually ended up burgling my parents’ next-door neighbours.

‘I knew they smoked and I really wanted cigarettes so I climbed in through a kitchen window to let myself in, although once I was inside I actually couldn’t find any.

‘I guess at first it was mischievous intrigue. I was brought up well, to know right from wrong and not to be like that.

‘I admitted the first few burglaries, including this one, shortly afterwards, so the police were involved in my life from then on.’

Leaving home at 15, the lack of rules soon saw Luke exploiting his newfound freedom to become more fully entrenched in a life of crime. 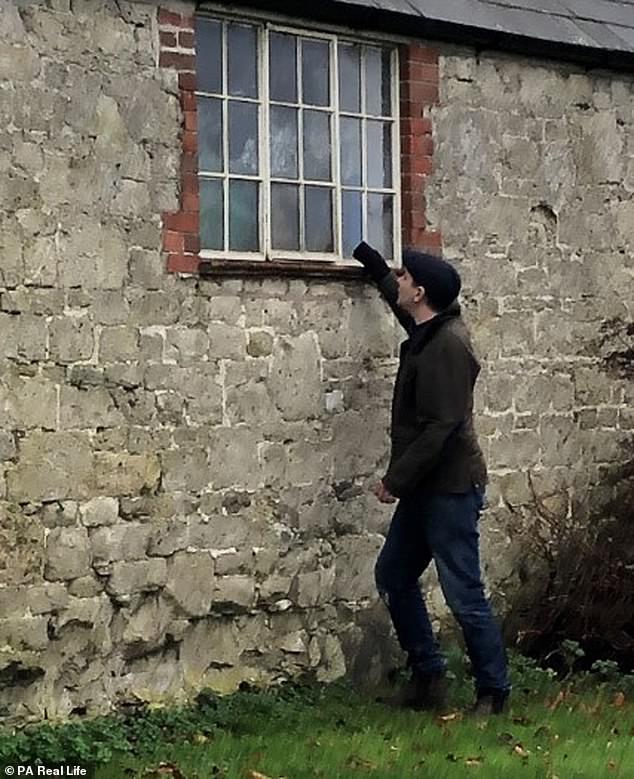 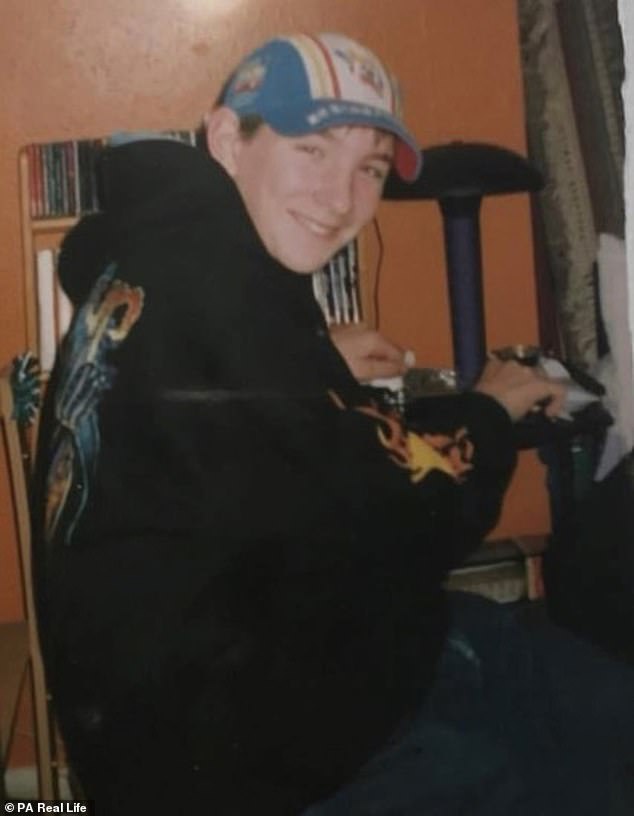 Despite growing up in a stable family, Luke was first tempted into crime as the age of 12. Pictured: Luke when he was younger

He said: ‘My life as a burglar was never motivated by drugs. Instead, I got a taste of having good money at an early age and, even though it was wrong, I started to live a lifestyle that I couldn’t afford if I had an ordinary job.

‘I got used to spending a lot of money and living in the fast lane, so to speak. Every time I ran out of money, I burgled another place.’

Despite being arrested several times, Luke was only ever convicted of his first burglary at his neighbours’ home, for which he was sentenced to community service.

Luke said he would plan his burglaries to make sure he could explain why his DNA could have been found at any crime scene.

He said: ‘I always knew I was going down the wrong path, but I was good at being a burglar and I found it hard to work in a ‘normal and civilised way’.

‘Getting up for a job had never worked for me in the past and school certainly didn’t work for me. My skill was thinking outside the box – it still is. 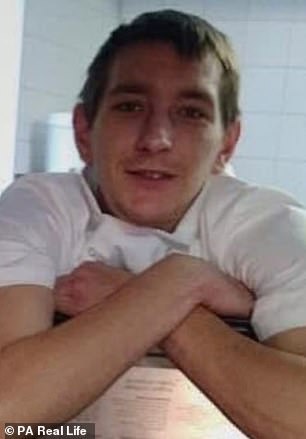 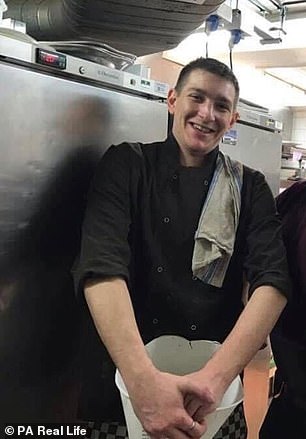 Despite having been arrested multiple times, Luke was only ever convicted for his very first burglary and was given community service

‘Being a good burglar isn’t just about invading someone’s home. You have to think about the ‘what ifs’, like leaving a fingerprint in one place and getting pulled in two weeks later. I had to know how to explain why my DNA was where it was.’

However, Luke hit a turning point in his life after burgling the home of someone who had recently died.

‘The door was not shut properly, so I went in and went through everything.’

Despite leaving with a sizeable haul worth ‘thousands of pounds’ the despicable nature of his crime started eating away at Luke’s conscience.

After 12 years of persistent criminality, he found himself at just 27 living alone, in a beaten-up caravan on the side of the road – with no money after spending all the proceeds of his ill gotten gains.

‘A very dear friend told me I had until I was 28 to sort my life out or they would never speak to me again,’ he said.

‘Finally, that hit home for me. It just rang bells in my ears and I had to admit to myself what I had done and that I needed to redeem myself.

‘I was living in a wrecked caravan, full of holes, on the side of the road. 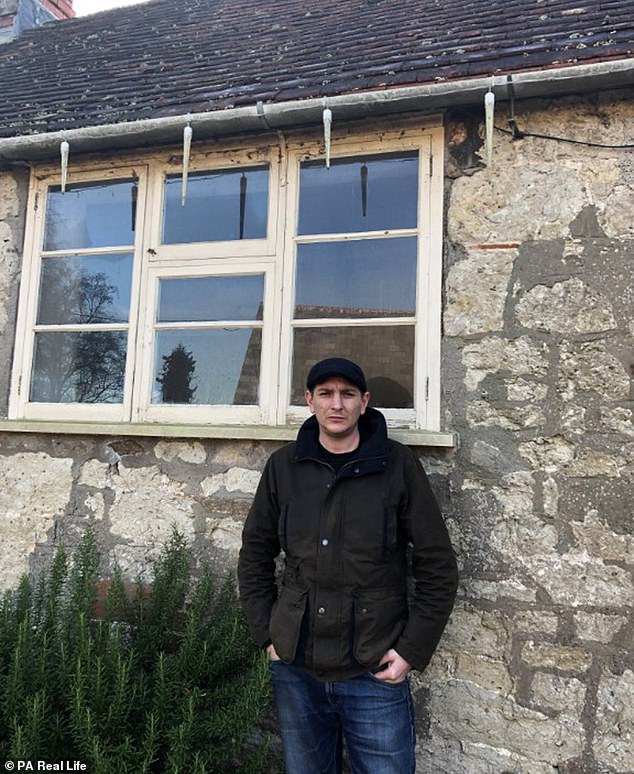 In September, this year, Luke spotted a job advert with Boundary specifically looking for ex-criminals and he jumped at the chance

‘One weekend, it was raining, so everything was completely damp.

‘It was so miserable and I just completely broke down.

‘I’d had enough of living like that. I wanted to turn my life around. 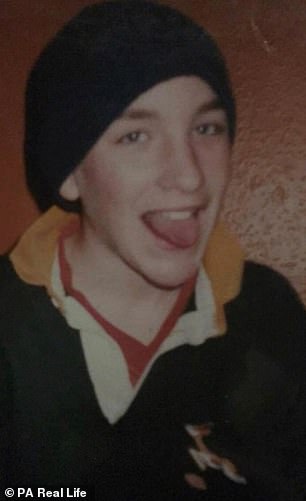 ‘Something inside me clicked and I believed, in that moment, that I deserved to give myself a better life away from crime.’

Determined to turn his life around, Luke accepted a job offer from a friend to work as a cleaner in a pub in Dorset and he hasn’t looked back since.

Once he was on the straight and narrow, Luke soon moved through the ranks, working behind the bar and as a chef at half-a-dozen pubs across Dorset and Somerset.

He also started a family with his partner, who he wishes to remain anonymous, and, in the last few months, started looking for a fresh opportunity – a job which would allow him to give something back, after ‘hurting so many people down the years.’

In September he spotted the advert for a position with Boundary and immediately applied.

A few weeks later, Luke discovered that Boundary boss, Robin Knox, 33, was happy to take him on.

He said: ‘This is a great way for me to go some small way to putting right the wrongs of my past. 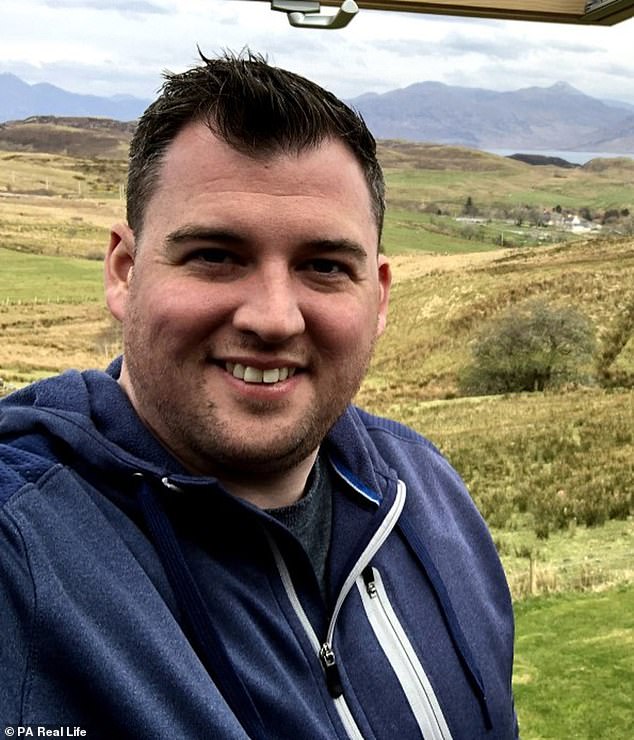 Boundary CEO Robin Knox, 33, (pictured) said it made sense to hire someone with burgling experience as a consultant to make sure his systems were effective

‘I’m really proud that I was able to turn my life around and very grateful to people like Robin, who have been prepared to see the person I am now, not the criminal I used to be, and have given me a chance.

‘It doesn’t make what I did any better, but in 10 years time I hope to look back and see that I have turned everything on its head and started helping people.’

Boundary CEO Robin Knox, 33, of Clackmannanshire, Scotland, said it made sense to employ someone with inside knowledge of house breaking to make his security systems more effective.

He said: ‘It’s not just about the technology you have in your house, but also how you behave. So, as a security company setting out to prevent people having their properties broken into, there is a whole range of advice that Luke – as a former burglar – can give our customers.

‘His deep-rooted desire to put his past behind him and do something positive made him stand out to us – as he knows what he did was totally wrong and is setting out to right some of those wrongs now.’