With binoculars raised, I’m scanning the hillsides for bears. The tranquil lilt of late summer birdsong and the clink of cowbells seep through the open window.

It’s not what I had expected of Transylvania, in central Romania — much loved by King Charles III. My assumptions about this enigmatic land were way off-beam. For it’s not a place of hidden intrigue and crumbling gothic castles, sliced off from the rest of Romania by the Carpathian mountains.

That’s Bram Stoker’s fault. When he wrote Dracula in 1897, using the 15th-century Wallachian nobleman Vlad Dracula and a big slosh of superstition as inspiration for his Count, he gave Transylvania a ‘spooky’ reputation that it has struggled to shift.

Medieval: Lizzie Pook visits Transylvania and finds her ‘assumptions about this enigmatic land were way off-beam’. Pictured is the village of Biertan and its Unesco-listed fortified church, around 30km from where Lizzie stayed

But peel back that eerie facade and you’ll find a pleasingly crowd-free corner of Europe full of natural beauty: biodiverse countryside, horse-and-cart villages, and the misty Carpathians, home to wolves, lynx, eagles and brown bears.

Forward-thinking matters are afoot, too — one of these being Bethlen Estates in Cris, my base and where I’m scouring the landscape for bears and other creatures.

The tiny hamlet of Cris is the ancestral home of Count Miklos Bethlen, who was forced to flee Transylvania in 1948 as communist forces moved in. But he never abandoned his childhood village and was committed to supporting the community and restoring its historic buildings.

When he died in 2001, his wife Gladys and their son Nikolaus pledged to continue his legacy, ploughing savings into buying derelict and abandoned houses with the aim of turning them into chic guesthouses.

The resulting Bethlen Estates is already a cult place to stay, luring the cool crowd to Transylvania year-round as a pioneer of historic design mixed with ‘wilderness-luxe’. Until now, though, rooms were only available on an exclusive basis (you would have to book them all).

But with the opening of the new Corner Barn, a four-bedroomed guesthouse, they can now be booked individually. 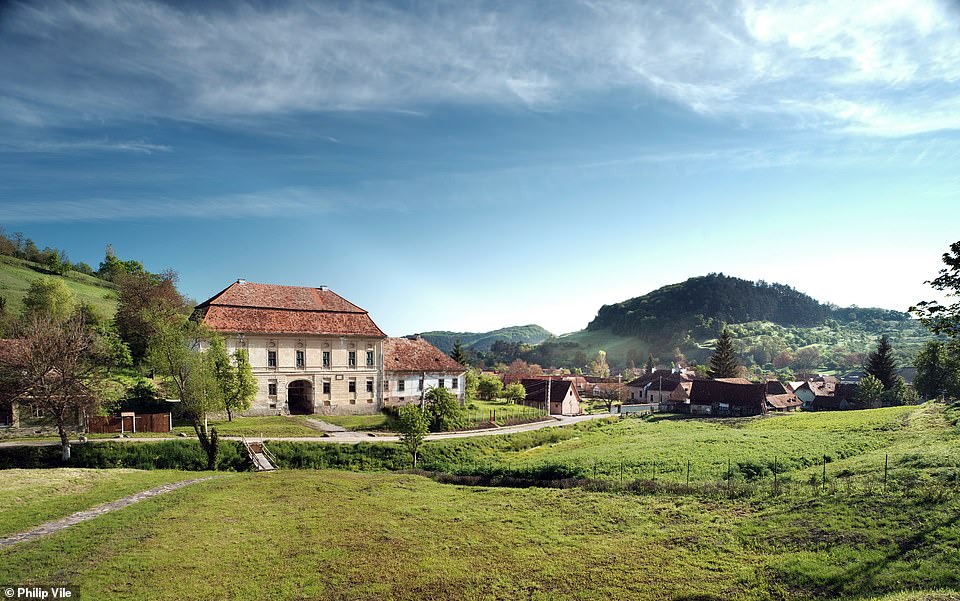 Lizzie bases herself at Bethlen Estates in Cris (pictured), which blends historic design with ‘wilderness-luxe’ 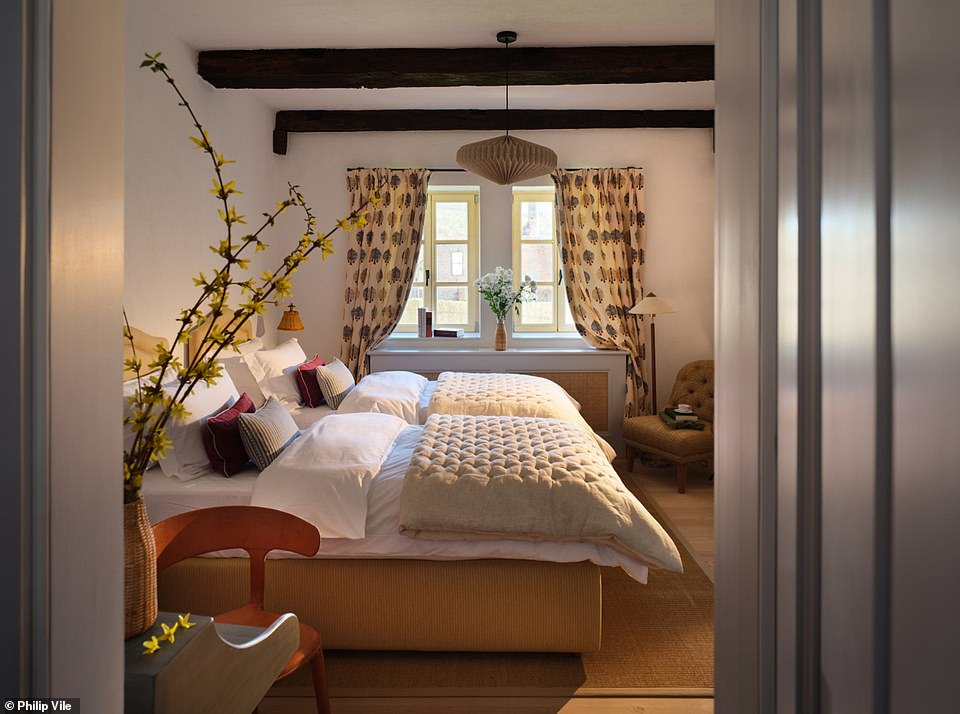 Bethlen has opened a new four-bedroomed guesthouse called Corner Barn. Above is one of the twin rooms 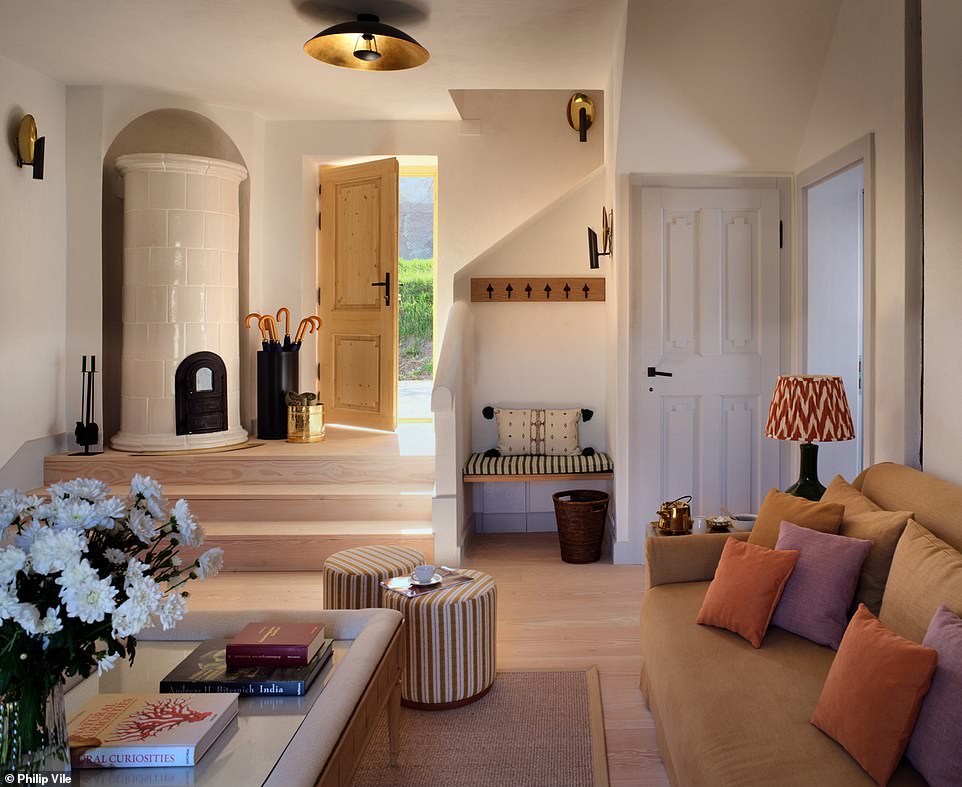 ‘This is a home where guests are expected to make themselves comfortable,’ says Lizzie. Above is Corner Barn’s living area 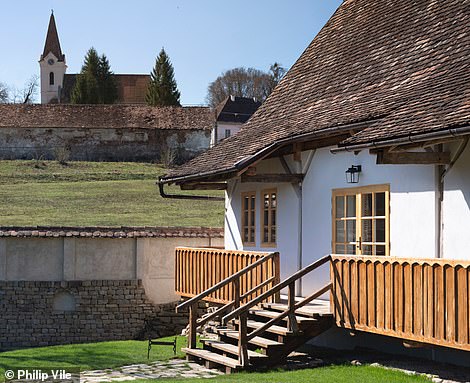 This is a home where guests are expected to make themselves comfortable, though you’ll often find Countess Bethlen pottering around the estate chatting with the guests.

The estate provides an ideal base from which to explore the Transylvanian countryside, with guests heading out on foot, on horseback or via snowshoe. Temperatures can plummet to a bone-numbing minus 20 degrees in the winter. 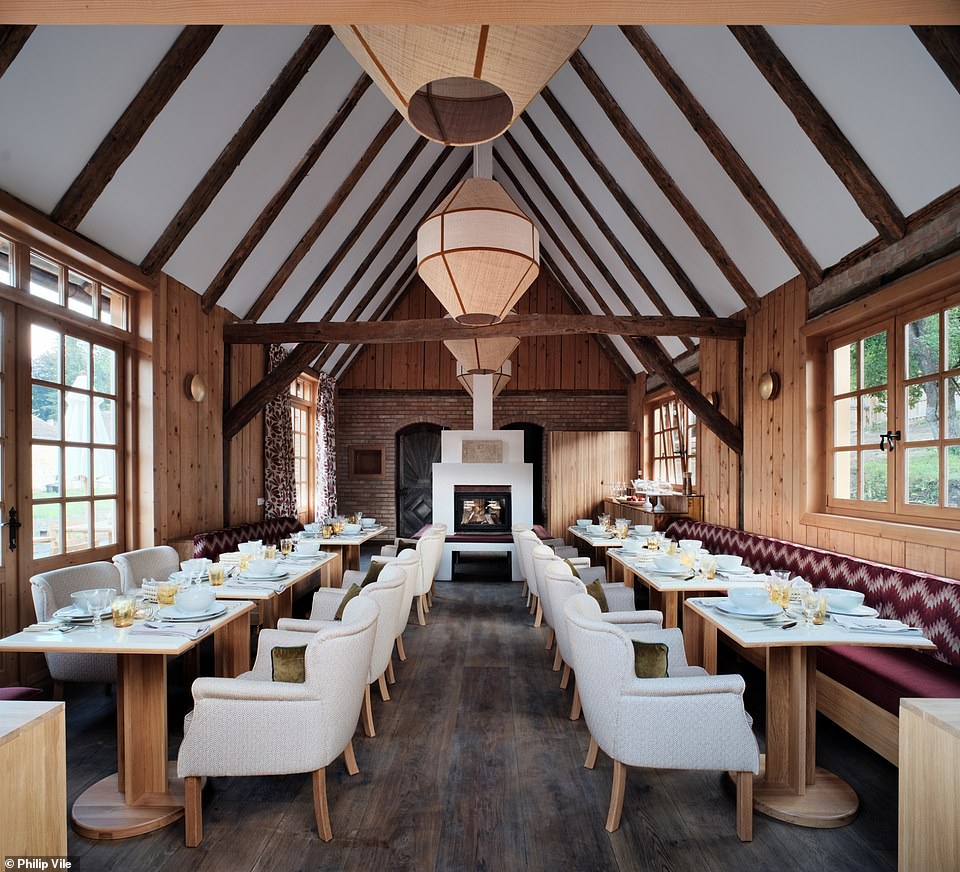 One evening, I beg the Countess to allow us to go out in search of bears. In typically laid-back fashion she obliges, calling a local contact to drive us in his old Land Rover through the valley to where the animals are sometimes spotted.

We park and we wait, and wait, visited only by loofah-tailed red foxes, swooping lesser-spotted eagles and grazing red deer, their antlers mighty and impressive. The sun sinks, bathing the thick forest and wildflower fields in a hazy amber glow. Then it’s gone. We feel bears in the air but we’ve seen none.

Transylvania has kept its secrets. This is one of Europe’s greatest wildernesses, after all.

Rooms at the Corner Barn cost from £260 a night, based on two sharing B&B (bethlenestates.com). Wizz Air offers return flights from Luton to Targu Mures from £44 (wizzair.com).