Foreign Secretary James Cleverly today warned the threat from Iran’s nuclear programme is ‘more advanced than ever before.’

At the Manama Dialogue international security conference in Bahrain, the British foreign minister warned of Russian and Iranian threats to security in the Middle East.

Mr Cleverly also called out Russia’s use of Iran-supplied drones used to target civilians in Ukraine.

The Foreign Secretary said: ‘Today the Iranian nuclear programme is more advanced than ever before and the regime has resorted to selling Russia the armed drones that are currently killing civilians in Ukraine.

‘As their people demonstrate against decades of oppression, Iran’s rulers are spreading bloodshed and destruction across the region and as far away as Kyiv.

‘Britain is determined to work alongside out friends to counter the Iranian threat, interdict the smuggling of conventional arms, and prevent the regime from acquiring a nuclear weapons capability.’

James Cleverly speaks at the House of Commons in London, Britain, on 16 November, 2022 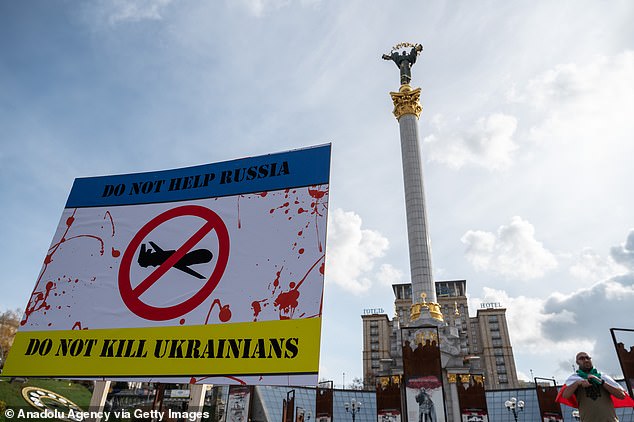 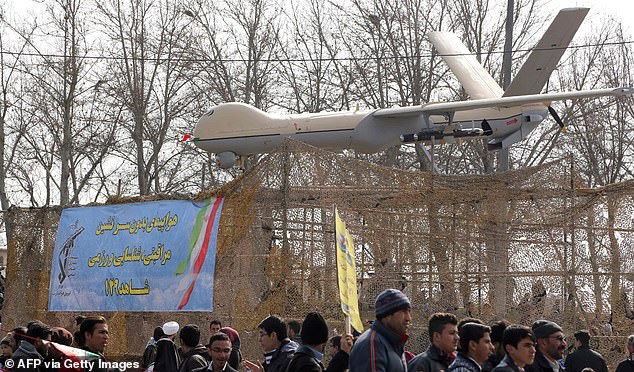 A Shahed 129 drone in Tehran, 2016, during anniversary celebrations of the Islamic revolution

Iran and Russia have a complex historical relationship but today share a military and economic alliance motivated by mutual sanctions by Western nations.

Iran has been developing nuclear technology since 1957, backed at first by the American ‘Atoms for Peace’ programme which provided adopters with nuclear technology in return for a commitment to only using it for civilian purposes.

But on Thursday, the International Atomic Energy Agency (IAEA) censured Iran over ‘insufficient cooperation’ with its investigations into traces of uranium found at undeclared sites.

IAEA Director General Rafael Grossi said at a press conference on Wednesday that there is ‘a mass of activity about which we don’t know anything.’

In 2015, Iran and several world powers signed an agreement to limit Iran’s nuclear programme in return for relief on harsh sanctions.

President Trump withdrew the United States from the agreement in 2018, though both countries have since stated intentions to recover the original deal.

Mr Cleverly warned in Bahrain on Saturday that Iranian weapons are threatening security in the Middle East and beyond, pointing to the Iranian-made attack drones being used by Russia to target Ukraine’s civilian infrastructure as an example of its influence.

Earlier this month, US officials warned Iran was preparing to send approximately 1,000 additional weapons including drones and missiles to Russia to support its war, though Iran has previously denied supplying Russia with weapons for use in Ukraine.

Meanwhile, the director general of MI5 Ken McCallum has revealed that Iranian intelligence agents have been targeting individuals in the UK who they regard as enemies of the regime.

He said the security service had identified at least 10 such potential threats since January, including ‘ambitions’ to kidnap or even kill. 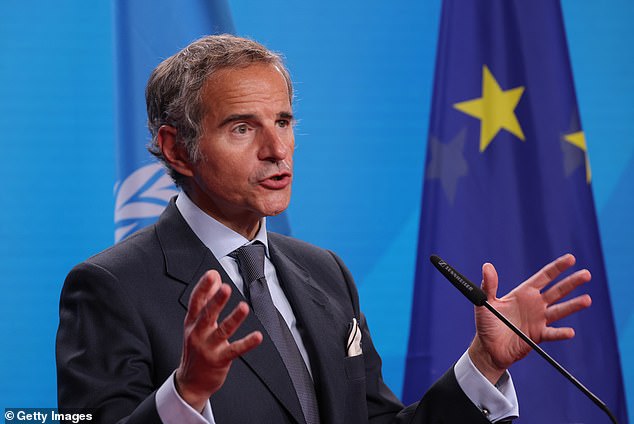 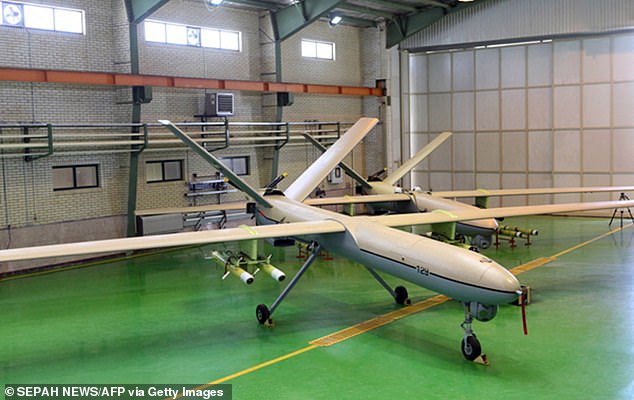 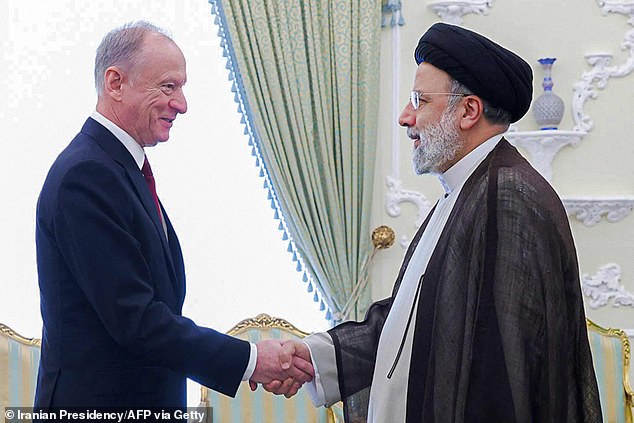 Earlier this week, the UK imposed a fresh round of sanctions on Iranian officials linked to the crackdown of the protests which erupted following the death in custody of 22-year-old Mahsa Amini, after she was detained for allegedly failing to follow the country’s Islamic dress code.

Ms Amini was arrested by Iran’s morality police in Tehran on 13 September and beaten, suffering a heart-attack in custody and dying.

Iran’s regime has faced numerous protests since the Iranian Revolution in 1979, which replaced the US-allied and secular Pahlavi dynasty with an authoritarian theocracy under the rule of Ayatollah Khomeini.

On Thursday, anti-regime protestors set fire to the ancestral home of Khomeini in the western Markazi province.