Entire town of 8,000 is set to go underwater as floodwaters surge in NSW and emergency workers door knock locals begging them to evacuate

Floodwaters are expected to inundate hundreds of homes in the NSW central west, after days of heavy rain caused inland rivers across the state to surge.

Of prime concern to authorities is the swollen Lachlan River, with more than 8000 people in the town of Forbes in its path.

The Bureau of Meteorology has predicted major flooding in the town from Tuesday, with the river expected to peak on Wednesday morning at a level similar to or higher than the September 2016 floods.

Moderate flooding is occurring upstream at Cowra, where the waters have peaked, while major flooding is underway in Nanami, where waters were expected to have peaked overnight.

Pictured: the Wyangala Dam spilling over as thousands of residents in the NSW central west are warned to prepare to evacuate 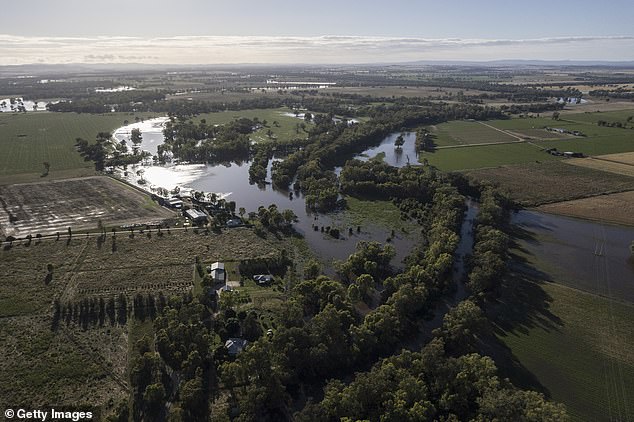 The river there reached levels higher than the September 2016 flood peak but lower than that of August 1990.

It’s too early to tell how high the river will rise when those floodwaters reach Forbes, the BOM said on Monday, but the State Emergency Service has warned locals in up to 800 homes to prepare to leave before they hit the town.

Downstream from Forbes, major flooding is also expected at Cottons Weir and Jemalong from Monday.

‘One fortunate thing about the floods in western NSW is that they’re a slow moving, evolving event,’ BOM hydrologist Justin Robinson said.

‘Hopefully we’ll be able to provide them adequate warning and leave time for them to prepare ahead of the floods actually arriving and impacting their personal properties and communities.’ 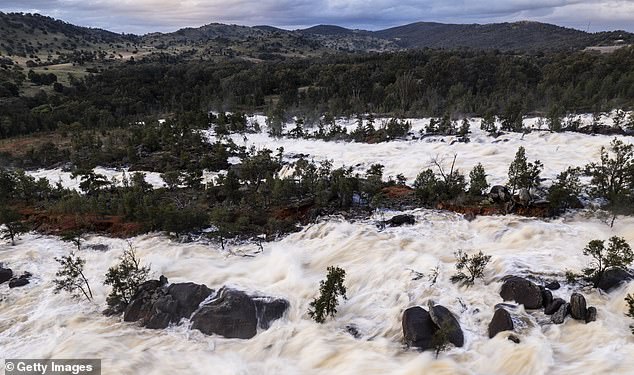 The dam’s spillover has sent whitewater surging down the Lachlan River towards Forbes, Nanami and Cowra 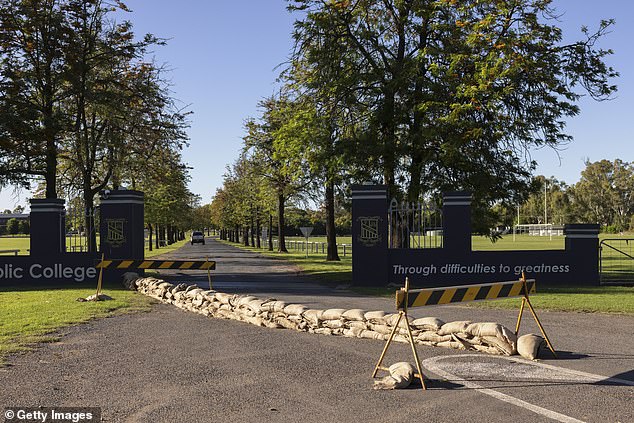 St Andrews Church in Forbes has been set up as an evacuation centre as residents are urged to be on high alert for an SES evacuation text message.

The Macquarie, Paroo, Macintyre, Belubula, and Snowy rivers have also flooded, after parts of the state copped a month’s worth of rain in days.

‘Some of those locations (received) even two to three times what you would get in November,’ meteorologist Agata Imielska said on Monday.

‘Catchments are wet, dams are full. This is exactly what we’ve been talking about for this season, with the elevated flood risk.

‘It is a really important time to really be keeping very close eye on any flood warnings.’ 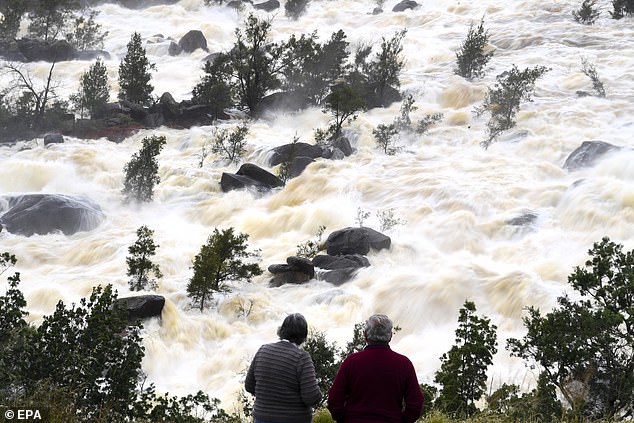