EXPRESS INFORMER > News & Politics > For Trump White House, belittling Puerto Rico might be more than a ‘slip of the tongue’

Donald Trump is the president of the United States. His presidency encompasses the U.S. territory of Puerto Rico.

Yet in a series of tweets this week, Trump cast Puerto Rico as a foreign land rather than an unincorporated U.S. territory. He complained oddly that politicians on the hurricane-devastated island, which boasts about three million U.S. citizens, only “take from USA.”

In another tweet, he added that potential disaster-relief funding that Democrats wanted to allocate for Puerto Rico following Hurricane Maria would take funds away from “our Farmers” — phrasing that again appeared to imply Puerto Ricans are not Americans.

But the president doesn’t always make it clear that he understands Puerto Rico’s well-being to be part of his responsibility. And there might be political reasons why. 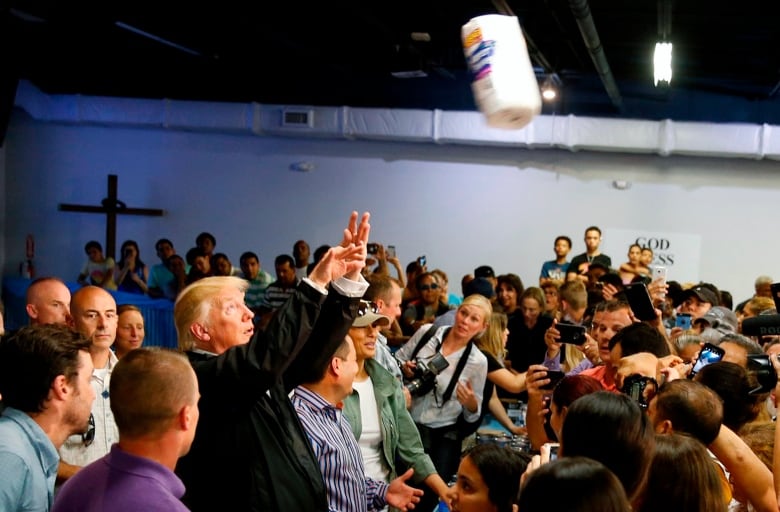 Trump throws rolls of paper towels into a crowd of residents affected by Hurricane Maria as he visits San Juan, Puerto Rico, on Oct. 3, 2017. (Jonathan Ernst/Reuters)

The island commonwealth has no electoral votes, for one thing. Trump’s messaging might also play well among a large aging, rural and white voting base less likely to connect with the island’s Caribbean culture and Spanish language. And Puerto Ricans lean more socially conservative than Democrats on the mainland, according to the Puerto Rico statehood group PR51st.

Even after complaints of a slow response to the relief effort after Maria in 2017, with the mayor of San Juan calling the president “abominable” for lobbing paper towels into a crowd like he was shooting free throws in a basketball game, 2018 voting data nevertheless showed Puerto Rican voters in Florida helping to elect Republican Rick Scott to the Senate. (Scott was among the first prominent Republicans to endorse Trump’s candidacy in 2016.)

“Puerto Ricans in Florida are not as pissed off at Trump as people think,” said Iara Rodriguez, a Puerto Rico delegate at the 2012 Democratic convention who now lives in Florida.

“They registered and already voted for one Republican. And that’s all it takes.”

Puerto Rico is 85 per cent Catholic, and many economic migrants from the island happen to be religious conservatives with strong anti-abortion views and less familiarity with the two main American political parties.

“And when you explain to some Puerto Ricans who just got there the values of the party like the way Republicans are doing it, the Republicans are going to get the votes,” Rodriguez said. 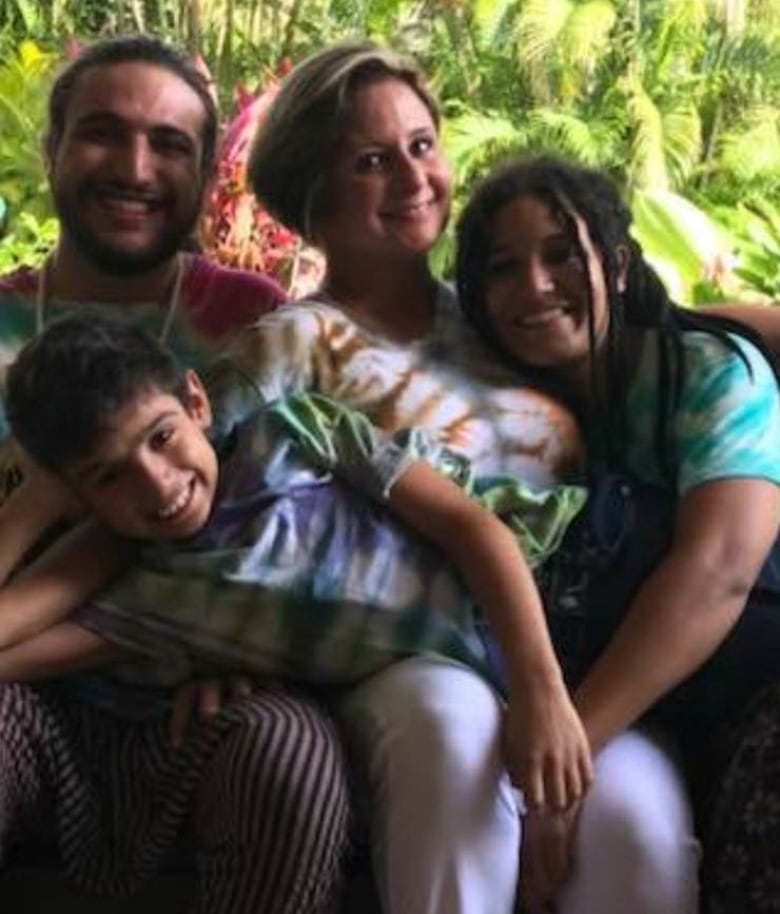 “She might be from the Bronx, but Puerto Ricans don’t care,” one Puerto Rican resident who declined to give her name said. “It doesn’t mean they feel like they can relate to her.”

Nearly 400,000 of the island’s residents moved to the mainland after Maria devastated the island, suddenly empowered with the right to cast ballots in federal elections as legal residents on the continental United States. But some Democrats’ belief that many of those newcomers to the mainland would automatically vote Democratic were apparently overly optimistic.

Rodriguez, who worried that Democrats weren’t doing as much outreach as Republicans, remembered cardboard cutouts of Scott, the Republican governor, welcoming Puerto Ricans at major airports in Florida. 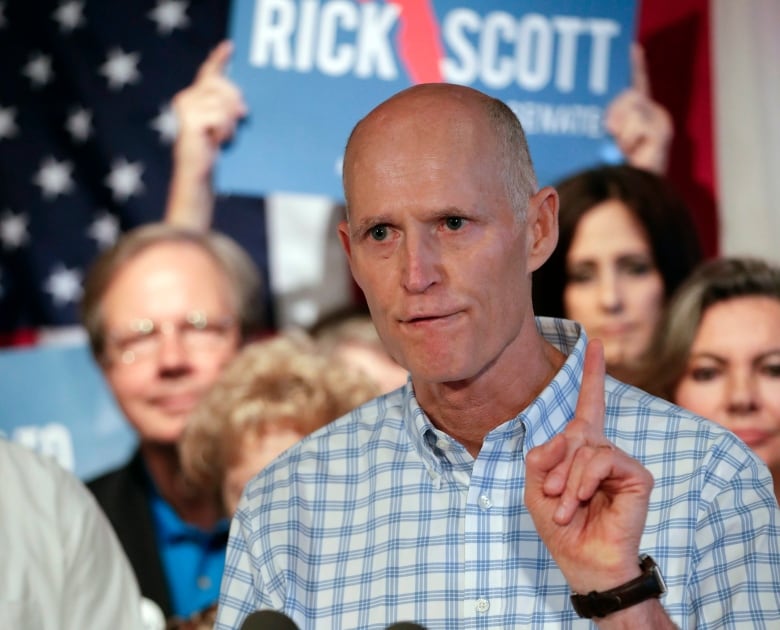 “He was the first thing Puerto Ricans who got off the plane coming from horror saw. This guy’s face, with a bunch of different organizations offering help and welcoming them.”

It apparently paid off. Scott proved popular among Puerto Rican voters in Florida. Rodriguez still has friends from Puerto Rico “who might not love Trump, but really like Rick Scott.”

“He was very, very savvy,” she said. “But the Democrats don’t understand the Puerto Rican vote.”

I can see how there are some sectors of the population that support Trump that probably think of Puerto Rico as an alien culture.— Prof. Jose Colon-Morero

Island residents said news of the president’s and his surrogate’s remarks dominated local news media. Puerto Ricans are “saddened” by the remarks, said Jose Colon-Morero, a professor at the University of Puerto Rico in San Jose.

“I can see how there are some sectors of the population that support Trump that probably think of Puerto Rico as an alien culture, and because some of these sectors that promote Trump are nativists,” he said. “For them to hear this, it’s like Puerto Rico is stealing [disaster funds] from the Anglo-Saxon culture.”

Valerie Alecia, an attorney who lives near San Juan, said her office still loses power and internet for hours at a time “four or five times a month.” Although the president has offended many locals, she said, “a minority” of her Puerto Rican friends in the States support the president’s policies.

“They figure he’s belittling Puerto Rico, he’s talking bad about Latinos in general, but his overall approach is going to be favourable to Puerto Rico,” she said. “It’s like a punch in the gut.”

All of which is to say Democrats hoping anger among Puerto Ricans would be enough to draw voters to the party in 2020 might be fooling themselves if they believe they can be complacent.

If Trump’s tweets on Tuesday were deliberate messaging about how he views the status of Puerto Ricans, the president’s deputy White House press secretary Hogan Gidley carried it through on cable news. Twice, Gidley referred to Puerto Rico as “that country,” rather than as a domestic commonwealth belonging to the nation he calls home.

“A slip of the tongue,” the White House aide said later.

Or maybe not, contends Amilcar Barreto, an expert on Puerto Rican politics with Northeastern University.

Barreto, who was born in San Juan and specializes on the intersection of Puerto Rican politics and American national identity, believes Trump’s “othering” of Puerto Ricans is a deliberate move for political gain.

As Republicans move towards what he calls “an ethnic notion of national identity,” he argued, Trump is appealing to a constituency that “does not view Puerto Ricans or Latinos or people of colour in general as real Americans.”

In a tweet this week, Trump called Puerto Rico’s local politicians “grossly incompetent” and reasoned they were fiscally irresponsible and were mismanaging disaster funds. Fair as the criticism might have been, critics pointed out that didn’t preclude the government from allocating funds to help rebuild New Orleans, despite corruption allegations after Hurricane Katrina in 2005.

Trump vowed in 2016, after winning the presidency, that he would be “president for all Americans.” But Barreto hears “hierarchical citizenship” in the president’s words. Being “worthy” of such funding, he said, seems to come down to a sense of belonging in the U.S.

“Please. The man lived in New York City most of his adult life. He’s been surrounded by Puerto Ricans for years.”