Peter V’landys has left the door open for the NRL to overturn Wests Tigers’ controversial loss to North Queensland, but says the prospect is extremely unlikely.

The Tigers remain furious over the 27-26 loss in which the Cowboys were granted the right to challenge a play in the final second before being wrongly granted a penalty.

The ARL Commission is awaiting a full report on the match, including the interpretation and application of key rules in the final seconds of the game.

The Tigers are waiting on the report before deciding their next step, having already asked the NRL for a proper explanation and transcripts of conversations between the referee and bunker.

There remains some possibility the joint venture will appeal the result, if they believe due process had not been followed and they should have been awarded a 26-25 win. 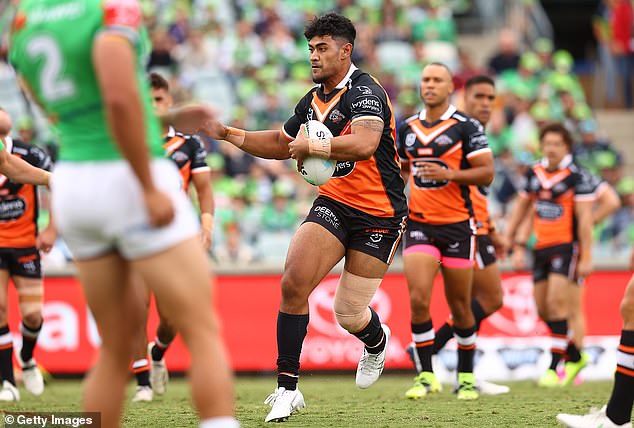 Several other clubs are watching with interest as just four points separate the Cowboys in second spot and Parramatta in seventh.

While V’landys said there was the possibility of the points being handed to the Tigers, he did not believe that should be the case.

‘I would be very doubtful it will be overturned. But, all options are open.

‘That’s one thing about this commission, we are very flexible. And we will always listen and give people due process and natural justice.

‘It’s not my decision, it will be a commission decision and I will be very surprised if it is overturned because in my opinion what happens on the ground stays on the ground.’

Trailing 26-25 with a second to play, the Cowboys were able to claim Kyle Feldt had been escorted off a short kickoff and kicked a goal from the resulting penalty. 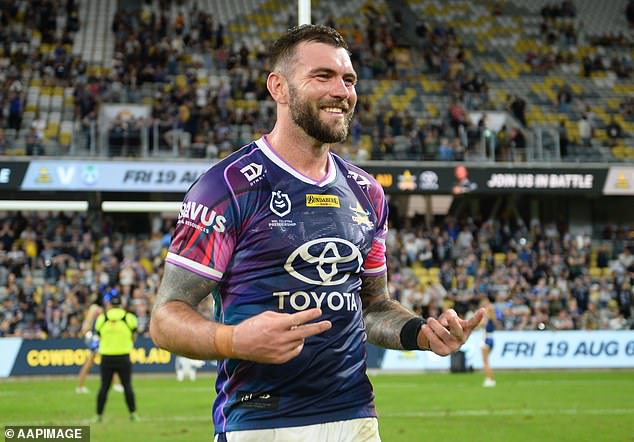 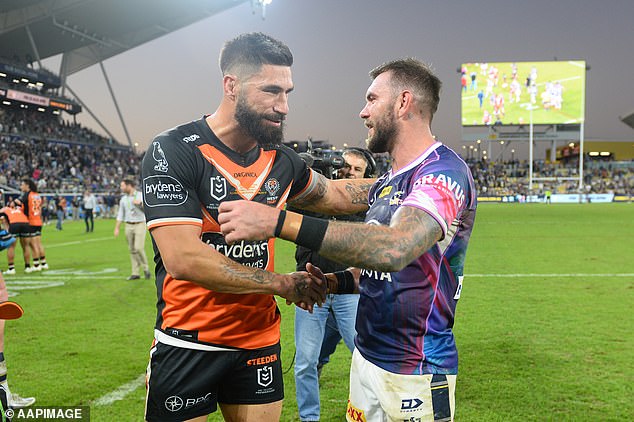 The NRL’s head of football Graham Annesley has since conceded the penalty should not have been awarded, with not enough evidence to suggest Tigers centre AJ Kepaoa altered his line deliberately.

But the Tigers’ main concerns centre not so much around the escort call from the bunker that the NRL have since conceded was incorrect, but the process leading up to it.

If they are to pursue a legal challenge for the points it is likely to begin with a request for a meeting between Tigers chairman Lee Hagipantelis and V’landys.

‘I have spoken to the chairman of the Tigers, I understand his position,’ V’landys said.

‘He is showing leadership for his fans and members and I respect that.’

‘We will sit down, I have asked for a report on the game and the interpretation of the rule.’