The footy player who achieved cult-hero status after skolling a beer mid-match has revealed how the larrikin act changed his life for the better.

Former Aspley VFL player Tom Baulch, 22, became an internet sensation when footage of him sipping on a cold one in front of the goal square went viral in February.

Playing for Darwin Buffaloes in the Northern Territory Football League against Southern Districts, Baulch hammed it up for the crowd – and was later suspended for two weeks.

Baulch was charged with serious misconduct following the incident after his case was referred directly to the tribunal.

He was also ordered to remove the video from his social media channels and write a letter of apology to AFLNT. 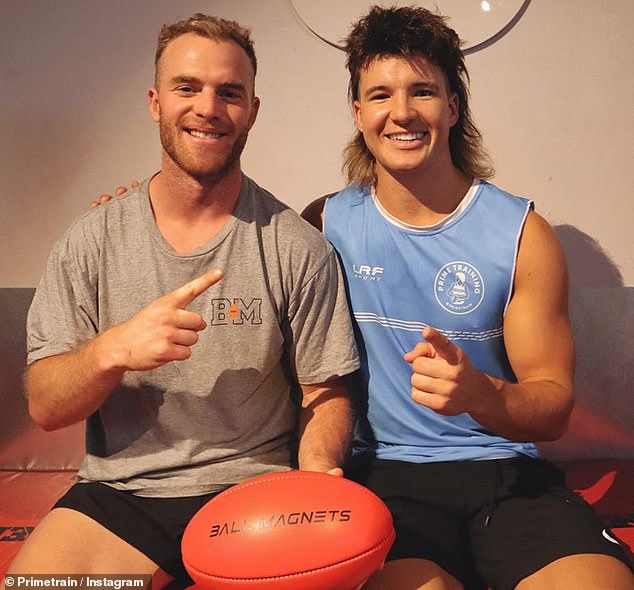 The personal trainer has seen his business grow at a rapid rate since the incident, with AFL identity Tom Mitchell (pictured left with Baulch) one of his clients

When he reflects on the incident, Baulch has no regrets.

He has since become a TikTok sensation with 190,000 followers. His mullet and cheeky persona don’t hurt his cause, either.

The exposure on social media has also been priceless for the fitness trainer, whose business now boasts more than 600 clients.

They include the likes of AFL stars Tom Mitchell and Patrick Cripps as well as other athletes in rugby, tennis and boxing.

‘The (AFL) boys started off as clients and loved the work that I was doing,’ Baulch told the Gold Coast Bulletin. 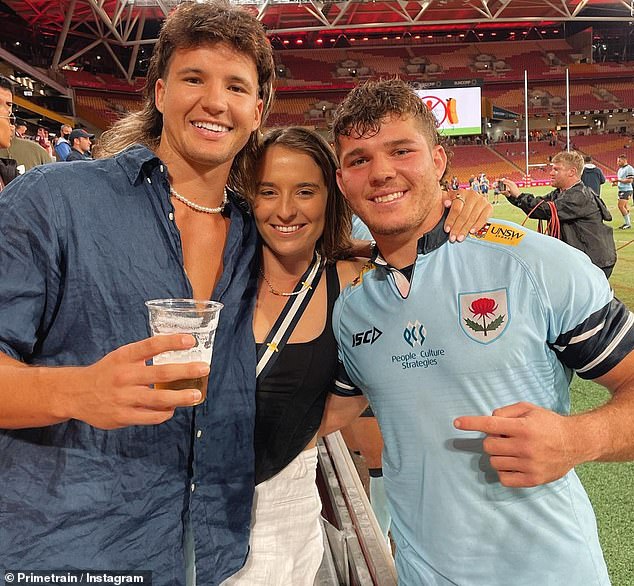 Baulch (pictured left, with NSW Waratahs star Carlo Tizzano, right) now has close to 600 clients on his PT books, and has become a social media sensation on TikTok 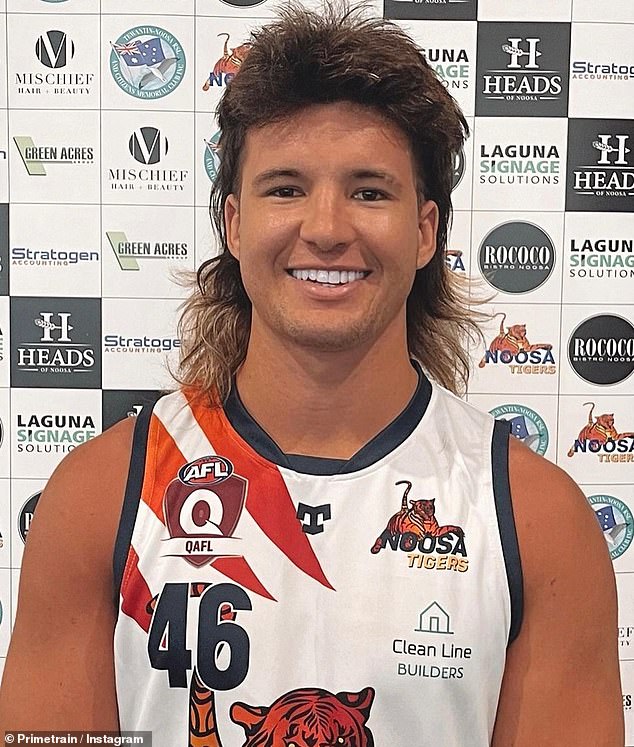 Now playing for the Noosa Tigers in Queensland, Baulch has been a target for some opposition players and supporters, with some even threatening to ‘give him a hiding’ on the field

‘(Eventually) we thought, “Why don’t we share this with everyone?” Now they are helping me change the way athletes train.

‘I never really thought I would be in the same room as those guys let alone be mates with them. It is very humbling.’

Not all the hype generated from social media has been positive for the laidback Baluch, however.

Now chasing a Sherrin for the Noosa Tigers in Queensland, he has been a target for opposition players and supporters, with some even threatening to ‘give him a hiding’ on the field.

Baulch isn’t overly concerned, stating he takes the ‘hate’ in his stride after ‘learning to deal with it’.