By Rod Ardehali For Mailonline

The junior doctor son of a professional footballer has died suddenly aged 23 following a battle with depression.

Ronan’s devastated mother Caroline Musselwhite paid  tribute to her son by saying: ‘Such a kind, beautiful soul and he lived life to the absolute fullest.

‘I have seen so many things on Facebook left for Ronan, and it just shows how loved he was. I already knew how popular a young man he was, but seeing all the lovely comments reflects the type of person he was.

‘He could have been anything he wanted, he was so talented.’

Caroline, from Messingham, North Lincolnshire, revealed the news of Ronan’s death in a heartbreaking post on Facebook.

She wrote: ‘As a few of you already know our beautiful, gorgeous and much loved son Ronan, on late Tuesday, early Wednesday morning decided it was time for him to return to heaven. 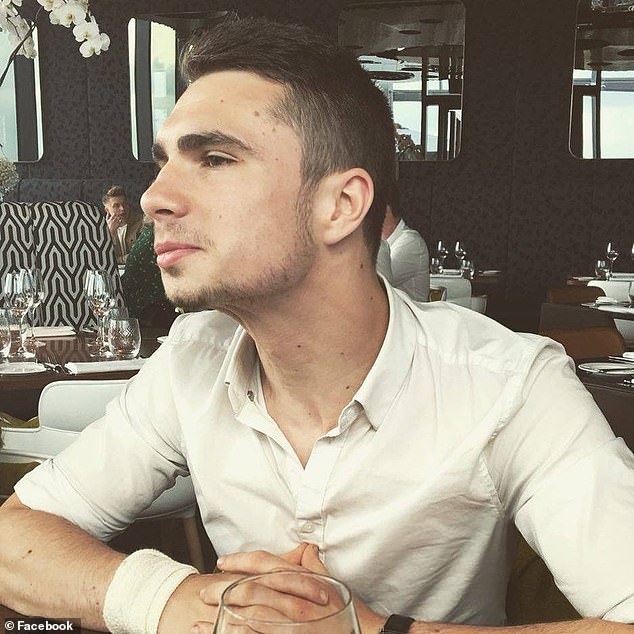 ‘Ronan lived a fulfilling but short life and although we knew the constant daily battles he went through with depression, ultimately became the doctor he said he was going to be from a young age.

‘Ronan and his brother Ryan, with their strength and desire to succeed in life, have made us the proudest parents on the planet.

‘Ronan, you were much loved by hundreds of people and you achieved so much in a short space of time.

‘R.I.P Ronan, your wings are not clipped any more, you are free to fly you beautiful soul. You will always be loved and missed. Until we meet again. Mum, Dad, Ryan, Cate.’

Ronan worked as a junior doctor in Newcastle after studying in Manchester.

Scunthorpe United’s players paid their own tribute to Ronan by celebrating with his father Paul after they scored in the 38th minute of their 2-1 home defeat by Newport County on Saturday.

After the match, defender Jordan Clarke wrote on his Instagram page: ‘Not the result we wanted, but when things go wrong, we stand together. That celebration meant a lot today.’

For confidential support call the Samaritans on 116123, visit a local branch or go to samaritans.org​​