Floyd Mayweather is ‘set to take on British YouTube star Deji, brother of KSI, in a Dubai exhibition fight’… as talks continue over a Global Titans Fight Series event for November 13 with several influencers set to feature on the card

Floyd Mayweather will face Deji in Dubai, as the undefeated American looks to continue his world tour of exhibition fights.

The former five-division world champion will face the British YouTube star in what will reportedly a Global Titans fight series event in Dubai, featuring several four to six-round bouts with no scoring or judges.

Since his retirement, Mayweather has taken fights against American social media star Logan Paul and Japanese kick-boxer Tenshin Nasukawa, having ended his career with a win over notorious UFC icon Conor McGregor.

According to the Mirror, Mayweather’s camp are deep into planning an event for November 13, despite the American in action on September 24 with Mikuru Asakura in Japan.

As one of Britain’s leading YouTubers, alongside his brother KSI, who has also featured in several exhibition boxing matches – it is believed that Deji’s presence will attract a large audience to the Global Titans event, and his people were quick to agree to terms on what will surely be a huge payday.

Deji’s start to his boxing career was far from glamorous, with defeats in his first three fights before a statement win over Yousef ‘Fousey’ Erakat as part of the card at his brother’s event in August. 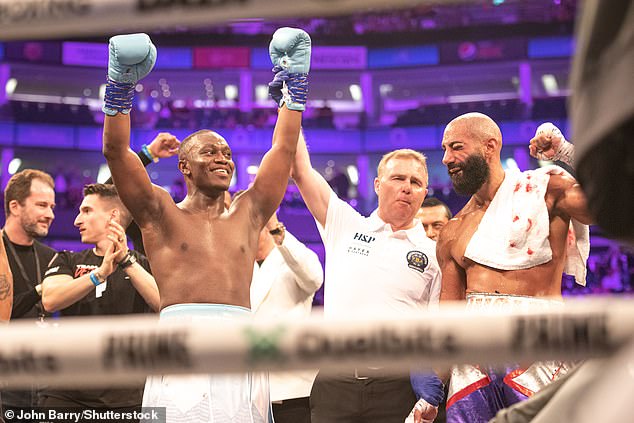 The 25-year-old sought the tutelage of former professional Daley Perales, who has helped him with motivation and fitness, and the fruits of the pairing were clear to see in a comfortable win over Fousey.

Although a fight with arguably the greatest boxer of his generation in Mayweather is not yet confirmed, the YouTuber has teased at a possible reveal coming soon.

In the week that rumours of the bout began to circle, he wrote on Twitter: ‘Fight announcement soon.’ 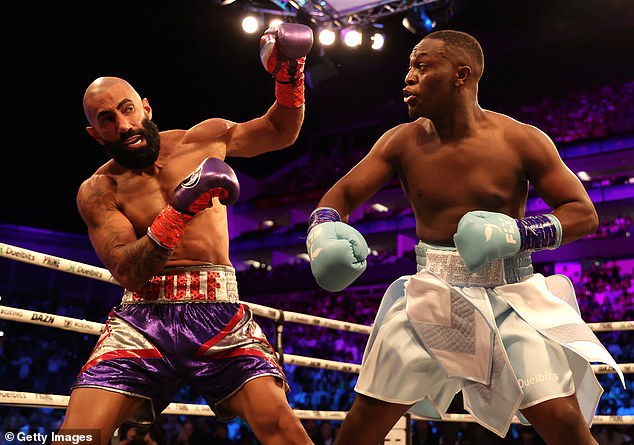 The card for the event is believed to be littered with high-profile names, with a combination of influencers and professional fighters set to feature in Dubai. 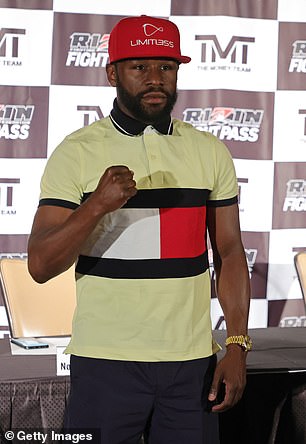 Mayweather retired from professional boxing with a 50-0 undefeated record

Love Island star Jack Fincham, Harley Benn – son of boxing legend Nigel – and Jake Paul are rumoured to be in talks to feature.

And fans will surely be treated to a lavish and near-pantomime evening if any of Mayweather’s previous exhibitions are anything to by.

‘Money’ Mayweather has built his brand around excess and spectacle, and during his recent clash with Don Moore in 2021 he could even be seen having conversations with commentators in the middle of the fight, before stopping his opponent.

He also turned up two hours late to his exhibition clash with Nasukawa in 2018, before knocking the kick-boxer off his feet three times in two minutes, bringing the Japanese fighter to tears in a strange display.

And the addition of several social media personalities, influencers and internet stars, the exhibition element of the night will certainly be delivered on.