Hurricane Zeta halloween a horror: Storm will hit Britain with gale-force winds and six inches of rain as the remains of Hurricane Zeta sweep across the country

Good news for some – a washout weekend could put an end to any Halloween trick-or-treating tonight.

Storm Aiden, the first of the 2020/21 season, is expected to bring strong winds and up to six inches of rain today.

And tomorrow the tail end of Hurricane Zeta, which has killed at least six people in the US, is likely to batter Britain, bringing gale force winds and downpours.

Storm Aiden, the first of the 2020/21 season, is expected to bring strong winds and up to six inches of rain today (pictured: Llanrwst, Wales, yesterday)

The Met Office warned last night that heavy and persistent rain from Storm Aiden means much of Wales and other western areas are at risk of flooding.

Several yellow weather warnings for wind and rain are in place for western parts of the UK from today through to Monday as the two weather systems pass through.

It left six dead and more than two million without power on Thursday night. 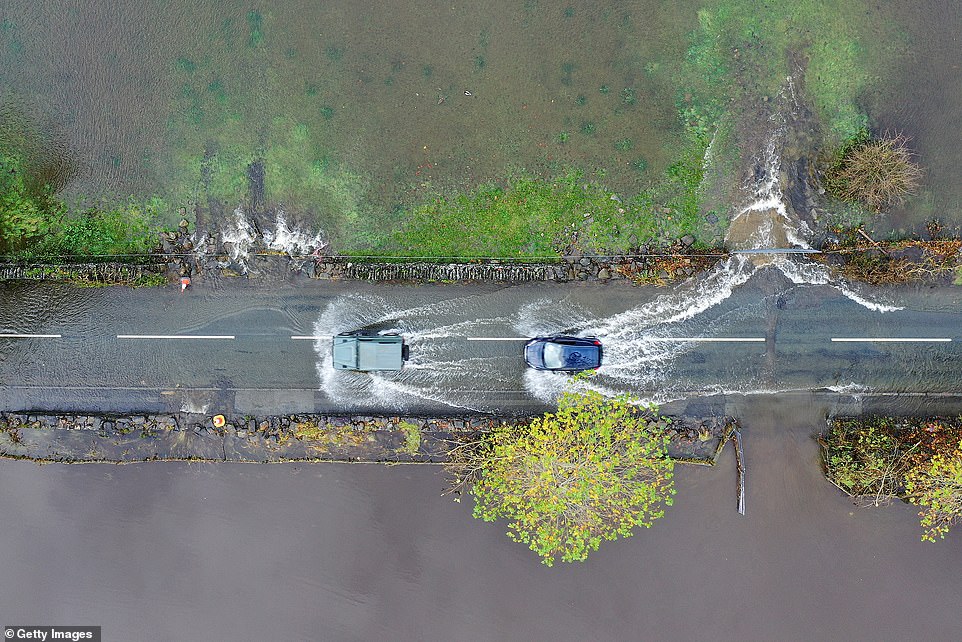 An aerial drone view of cars driving on a flooded road as the River Conwy bursts its banks yesterday in Llanrwst, Wales 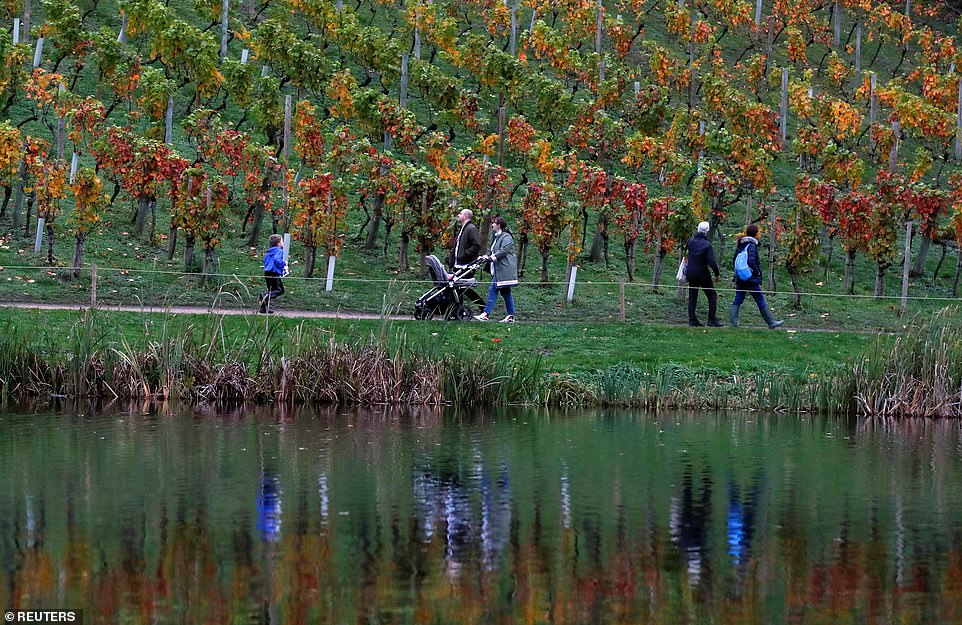 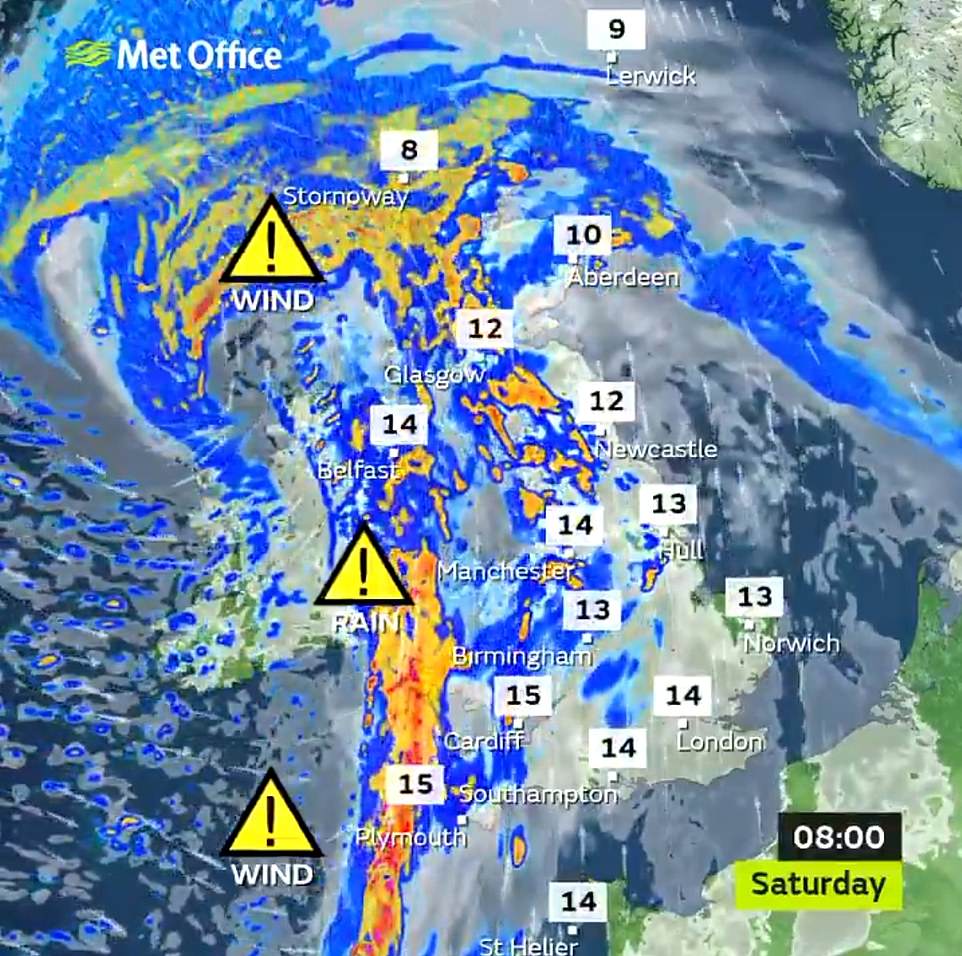 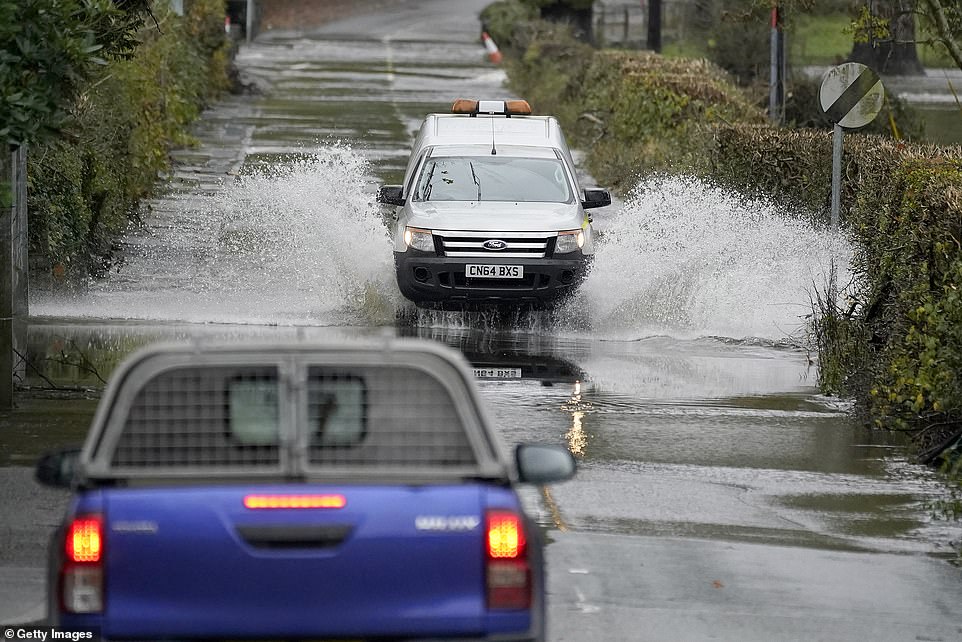 Cars drive on a flooded road as the River Conwy bursts its banks yesterday in Llanrwst, Wales, on Thursday

Martin Young of the Met Office said the remnants of Zeta would bring further heavy rain and strong winds.

‘Given that this is falling on already saturated ground from what has been a wet October, there is an increased risk of flooding in some warning areas,’ he added.

However, conditions across the country are expected to become generally much drier and brighter as the week goes on.

By Wednesday, some will see plenty of sunshine with some showers, the heaviest of these in the South and South-East. 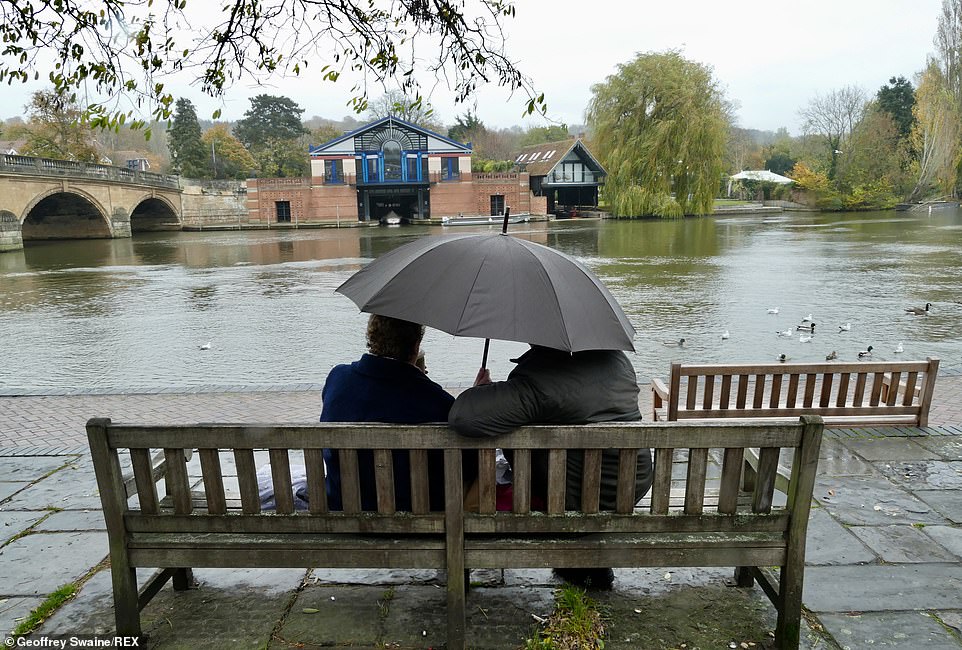 People out and about along the Thames Path on a drizzling day seasonal weather day yesterday in Henley on Thames, Oxfordshire 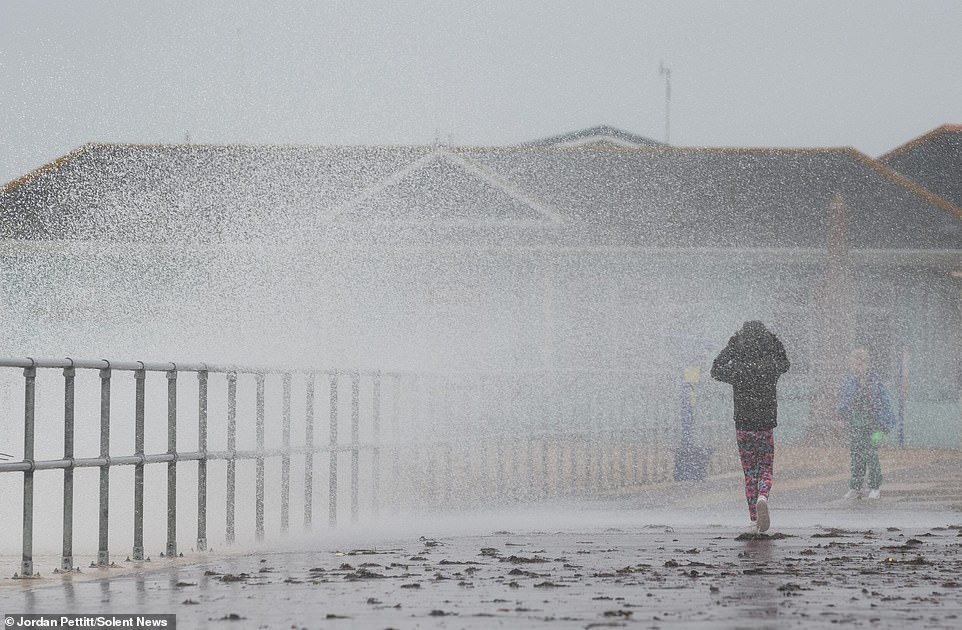