The French President Emmanuel Macron bounced energetically on to the Renault stand on the opening day of the Paris Motor Show, earlier this week.

I watched on Monday as he was given a guided tour of the exciting new cars on show by Renault’s own new charismatic chief executive, mercurial Italian Luca de Meo.

Macron has more than a passing interest in Renault — the French government holds a majority stake in the car maker, which only recently was on the brink of bankruptcy before de Meo came in to rescue it.

Macron later moved on to the stand of Renault’s arch-rivals Peugeot — now part of the giant Stellantis conglomerate — in an adjoining hall, where he chatted with the company’s Coventry-born global chief executive Linda Jackson, and also saw vehicles from Stellantis-owned brands DS and Jeep.

Yet, as the crowds looked on, a small delegation from the UK’s Society of Motor Manufacturers and Traders (SMMT) observed how they wished UK governments would similarly recognise the value of the British motor industry, as the French clearly do.

Renault’s dynamic duo of reboots: The 4 and the 5 Turbo

Renault CEO de Meo was on sparkling form as he unveiled the 4Ever Trophy — a prototype of a classic Renault 4 reborn for the 21st century as an electric family run-around.

The ‘4’ is the second classic Renault to get a 21st-century electric reboot, following on from the 5 electric prototype, which was discovered by de Meo at the back of the company’s design studio after the previous management had dismissed it as ‘too retro’.

De Meo also revealed that he has ‘found the funds’ to put into production a fully electric version of the wild R5 Turbo 3E rally-based concept, based on the Renault hot hatch of the 1980s.

The trio — all on display — will help spearhead a new Renault Group product offensive with 25 new vehicles to be launched between 2022 and 2025, he said.

Of his meeting with Macron, he quipped: ‘I think you forget that he is my major share-holder.’

He told me: ‘Two years ago we were almost bankrupt. When you don’t have the money. You tend to work smarter.’

Dacia is the budget-car arm of the Renault group and its boss Denis Le Vot unveiled an all-wheel-drive electric prototype, which looks like a cross between a beach-buggy and a Jeep.

But Dacia has its feet firmly on the ground with a range of basic but stylish cars — including the Sandero, the new seven-seater Jogger, and the flagship large SUV Bigster from 2024-5 — that will all be petrol-driven until that fuel is outlawed, he insists.

Dacia is Renault group’s ‘insurance policy’ in case the electric revolution timetable slips because of the global economic crisis. 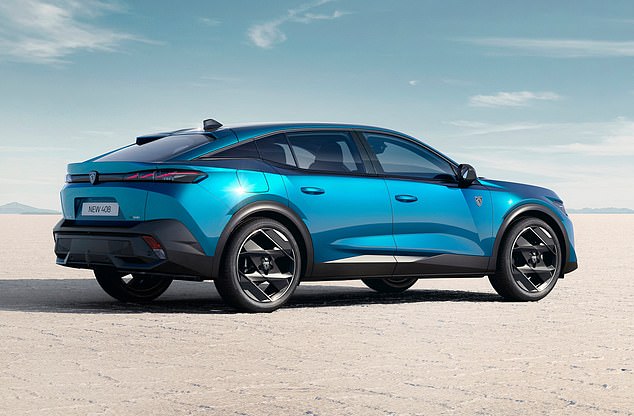 Peugeot CEO Linda Jackson was in Paris to oversee the world premiere of the new Peugeot 408 hybrid. Jackson started her career with Jaguar Land Rover in Coventry, where she was born, before a spell running Citroen in the UK and then globally.

She is now in charge of the upwardly-mobile Peugeot brand around the world. She told me: ‘For Peugeot, 2023 will be our electric year.’

Next year, it will also launch a more powerful electric e-208 GT supermini as well as the e-308 hatchback and e-308 SW estate. 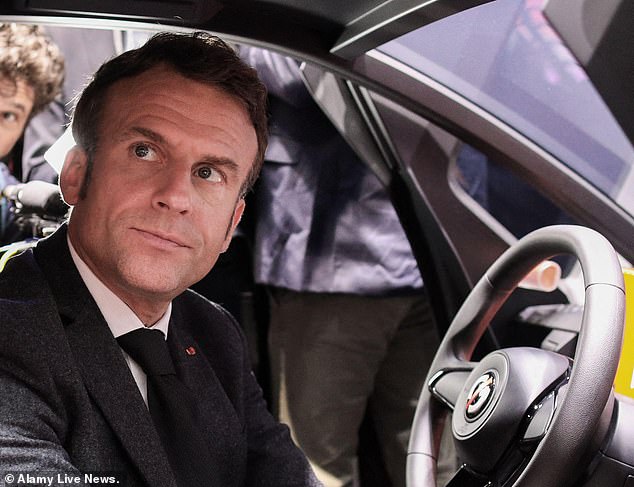 In the driving seat: French President Emmanuel Macron was given a guided tour of the exciting new cars on show

China out in force

However, the elephant in the room is China.

A ­significant number of European car-makers — particularly German — were absent from Paris, which was a shadow of its former pre – Covid self. But the Chinese were out in force and filling some of the gaps.

A bitter blow for Britain and for Mini fans was delivered this week as parent-company BMW confirmed that all future electric models will, for now, be built abroad — mainly in China — and not in Oxford.

BMW makes 40,000 electric Minis a year in Oxford, but production will end next year under plans to revise the line-up from 2024.

Most battery-powered Minis will then be built under a joint deal between Munich-based BMW with Chinese car giant Great Wall. 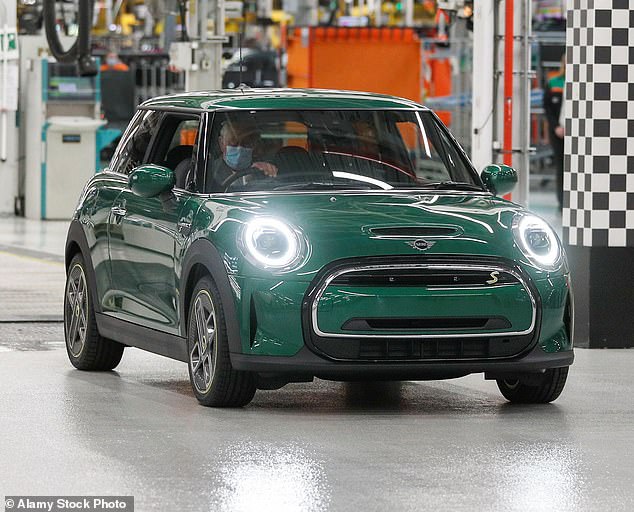 All change: BMW makes 40,000 electric Minis a year in Oxford, but production will end next year under plans to revise the line-up from 2024

The move is a blow to government aims of making the UK a centre of electric car production. The decision follows months of obfuscation by BMW executives.

As a consolation for Oxford, the 2,000 workers there will build the petrol Mini Cooper three-door and five-door Hatch models. Mini Convertibles will also be built at Oxford from 2025.

The firm insisted there will be no impact on jobs and said the factory will ‘remain at the heart of Mini production’.

The first electric Mini was built in Oxford in 2020. All Minis will be electric by 2030, when new petrol and diesel cars are outlawed in Britain. This latest decision leaves a big question mark over the Oxford factory beyond 2030.

An armoured car fit for a president

Do you consider yourself a VIP target likely to be kidnapped, bombed or shot at?

Perhaps you’re rich, successful, controversial, or simply unpopular enough to fall into one of these categories. If so, Land Rover may have just the answer with a tooled-up new Defender variant.

It says customers with ‘security protection requirements’ can now order a Defender 110 model equipped with ‘enhanced ballistic and blast protection’ thanks to a partnership deal with vehicle protection specialists Trasco. 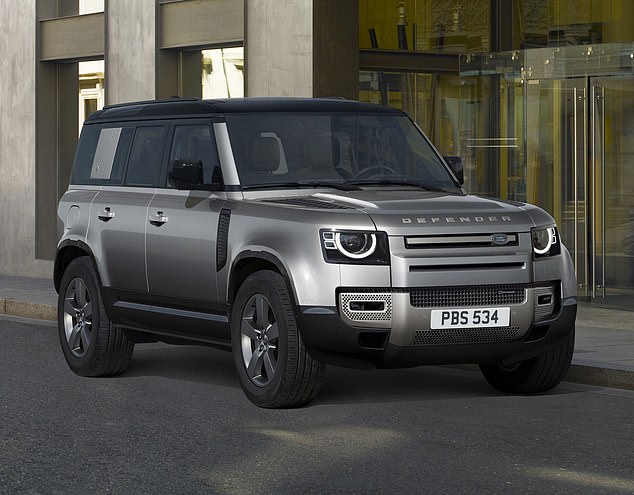 Land Rover says the lightweight anti-kidnap, or ‘A-KIP’ conversion ‘offers protection with minimal compromise’; and that its inconspicuous design ensures a Defender is ‘virtually indistinguishable from a standard vehicle’.

There are two levels of ballistic protection. The vehicles are fitted with lightweight security-grade steel, glass and composite materials to provide enhanced safety to clients, which include government departments and high-net-worth individuals.

Certified ballistic materials include the windscreen, doors and door glass, roof, footwells and a new ballistic rear partition with window situated behind the second row of seats.