NHS staff erupted into applause as the first two successfully treated Covid-19 patients were discharged from the NHS Nightingale hospital in London today.

Healthcare workers broke into tears of joy as the two men were wheeled out of the  field hospital at the ExCeL, east London, on Sunday afternoon.

The patients are the first people to be successfully discharged from care since the hospital, which was built in nine days, first officially opened its doors on April 7.

The NHS later confirmed one of the patients, Simon Chung, a father-of-one, in his fifties, would be transferred for ‘step-down’ care at Northwick Park hospital in Harrow. 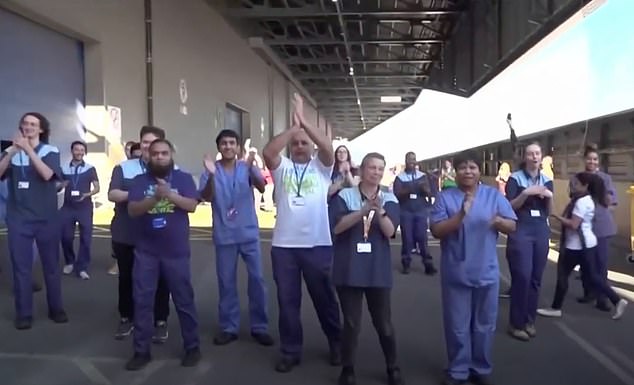 Earlier today, staff were seen gathered outside in their scrubs to cheer the patients as they were taken into an ambulance on a stretcher and driven away from the centre.

A message on the NHS Nightingale Twitter page read: ‘We’re thrilled that the team at @NightingaleLDN have successfully treated and discharged their first patients!

‘Thank you to all the brilliant clinicians and support staff working so hard to care for patients in the capital.’

The facility was built in nine days, though the NHS has never confirmed how many patients have been treated there, despite stating its capacity to cope with thousands of admissions.

Sir Simon Stevens, chief executive of NHS England, said: ‘The Nightingale London may have been built in a matter of days in response to this unprecedented global health emergency but there are excellent facilities and, of course, the staff working there are every bit as skilled and dedicated as those caring for patients at other NHS hospitals.

‘We have not yet had to make extensive use of the Nightingale London thanks to the hard work of NHS staff, who have freed up more than 30,000 existing hospital beds, and the public, who have played their part by staying at home and saving lives.

‘It will count as a huge success for the whole country if we never need to use them but with further waves of coronavirus possible it is important that we have these extra facilities in place and treating patients.’

Eamonn Sullivan, nursing director at NHS Nightingale London said: ‘This is wonderful news and testament to all the clinicians and support staff who have been working around the clock to care for our patients. 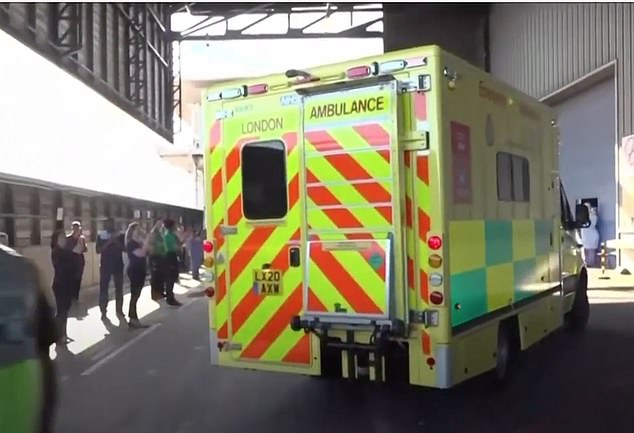 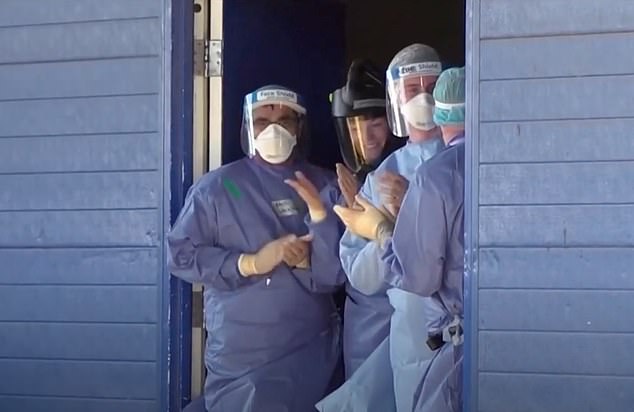 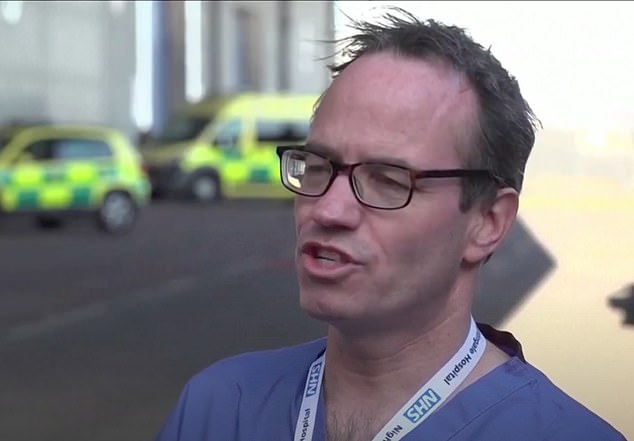 Today Eamonn Sullivan, nursing director at NHS Nightingale London said the scenes were a ‘testament to all the clinicians and support staff who have been working around the clock’

‘Although these two patients being discharged today are now out of danger, their long road to recovery is a reminder of why everyone needs to do what they can to stay safe by following the Government’s advice.’

He added: ‘It’s a hugely poignant moment for us, it’s a very special moment for us – our staff have worked really, really hard to save Mr. Chung’s life.

‘We’re really, really proud of what we’ve achieved, we’re part of a much bigger system in London but we’re really proud to have played our part in saving Mr. Chung’s life and helping him to get back to his family, back to his community.’

Health Secretary Matt Hancock also took to Twitter to write: ‘So proud that the brilliant @NightingaleLDN  team have treated and discharged their first #coronavirus patients.

It came as celebrities including Olivia Colman, David Walliams, Claudia Winkleman and Simon Cowell were among the names from showbiz and sport to record a thank-you message for NHS staff.

The London Nightingale is one of a network of seven sites providing surge capacity across England.

Captain Tom Moore, the 99-year-old who has raised more than £26 million by completing lengths of his back garden, will be the guest of honour at the opening of the new Nightingale hospital in Harrogate on Tuesday.

The latest scenes come as  Sir Jeremy Farrar, a government scientific adviser, today offered encouraging news to Britons in lockdown as he said the country is over the peak – yet warned of future waves if social distancing falls by the wayside.

He told Sky’s Sophy Ridge: ‘I think the probability and what we must be planning for is that there will be further waves of this in the future but for this first wave I think the number of new infections stabilised about a week or two ago and the number of hospitalisations maybe a week or so ago.

‘Yes, tragically, there are still far too many people dying but the number of people dying in this country and actually in many countries in the world, is now either stabilising or starting to come down.

‘That is good news, we are probably just past the peak in many parts of this country as is true in many parts of the world and we’ll come off that and numbers will reduce but that has only happened because of the public’s respect for and following the advice around the social distancing and lockdowns. 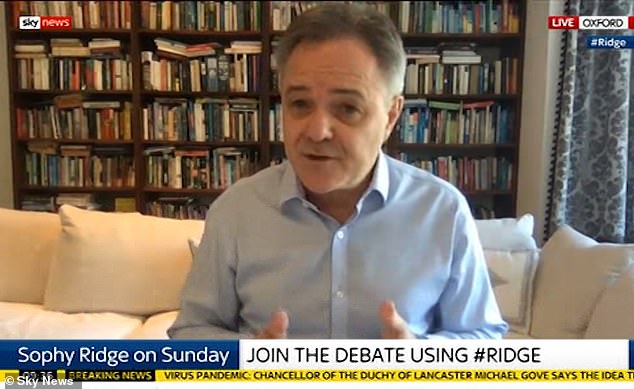 ‘If we were to release those lockdowns too soon, whilst the infection rates are still high and there are still people in the community who have got infected, then the epidemic will come back again, it will come back very quickly.

‘It would rebound within a few weeks or a couple of months so it is critical that people are – and they are, the public is really respecting the advice and it is that which has led to the change in numbers.

‘These things don’t happen by chance, they happen because of what we’re all doing and the public deserves great thanks and respect for that.’ 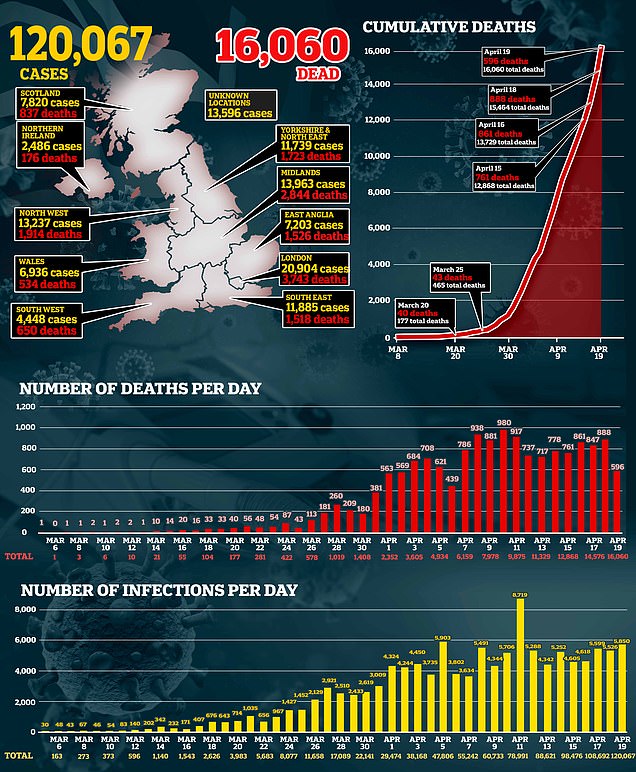