A British start-up company carrying out research into the active ingredient in ‘magic mushrooms’ and its use in treating clinical depression has raised £64million.

Tech firm Compass Pathways, has raised the money from its investors, which include Peter Thiel, the billionaire Paypal co-founder.

Its researchers are carrying out studies into psychoactive psilocybin, found in the wild-growing psilocybin mushroom – a class A drug in the UK.

The company hopes to carry out clinical trials on patients using a man-made form of psilocybin, in the hope the ingredient can be used to treat clinical depression, anorexia and bipolar disorder.

If future trials are a success, the company hopes to have the treatment on the market by 2025.

American entrepreneur George Goldsmith, chief executive of Compass Pathways, which he founded in 2016 with wife Ekaterina Malievskaia, told The Times: ‘People with depression get caught in negative thought loops.

Tech firm Compass Pathways, has raised £64million from investors to carry out trials on psilocybin, the active ingredient in ‘magic mushrooms’ (pictured) 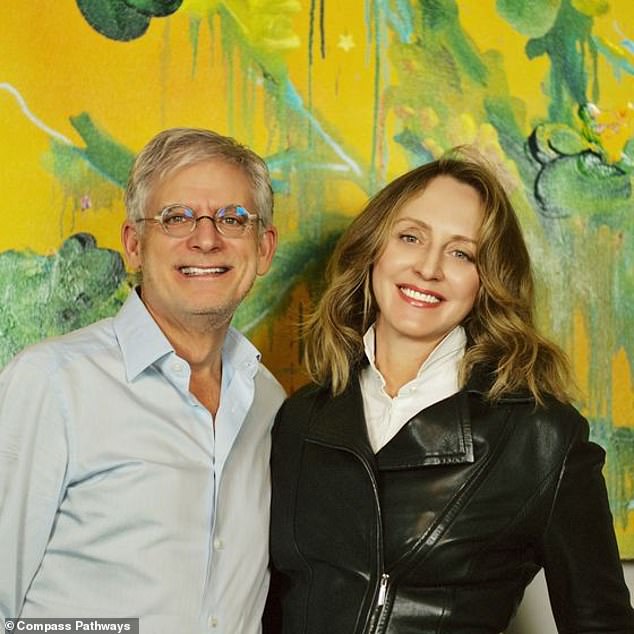 American entrepreneur George Goldsmith is chief executive of Compass Pathways, which he founded in 2016 with wife Ekaterina Malievskaia (pictured together)

‘What psilocybin can do is reset the thought loops, in combination with therapy.

‘The medicine creates an openness and a new way of looking at things.’

According to statistics by the World Health Organisation, there are around 100 million patients worldwide whose depression does not respond to standard treatments.

In more than two-thirds of cases, these treatments involve prescription drugs or a referral to a mental health experts, including psychiatrists.

Compass Pathways’ treatment involves patients taking a man-made version of psilocbyin while being cared for by a specialist.

A trial last year on 89 people, run by King’s College in London, showed ‘no adverse side effects’ to the treatment.

King’s College London scientists found doses of the compound were safe when taken by healthy volunteers.

Some patients experienced a ‘high’ similar to one endured by those who take the party drug, having hallucinations and euphoria during a six-hour ‘trip’.

Now Compass Pathways plans to run a new trial, involving more than 200 patients at sites across Europe and North America, which would move it closer to approval from American regulator the Food and Drug Administration, as well as regulators in Europe.

The rim has been backed financially by investors including Paypal Founder Mr Thiel, who has invested around £25million, as well as German Biotech firm Atai Life Sciences and Japanese pharmaceuticals group, Otsuka.

What are ‘magic mushrooms’?

A Psilocybin mushroom is a mushroom which contains psilocybin and psilocin.

There are thought to be around 150 species worldwide, around a dozen of which are in Europe.

But many poisonous mushrooms look very similar to ‘magic mushrooms’ and it’s easy for pickers to mistake them – sometimes with fatal consequences. 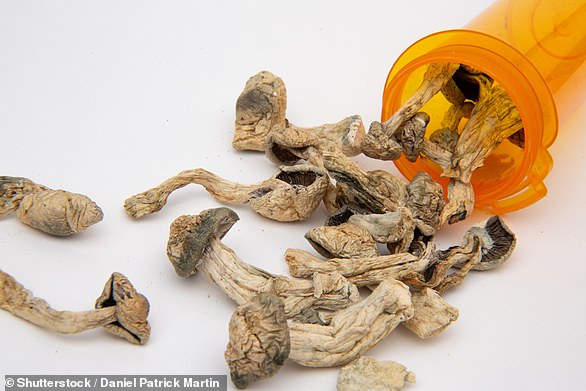 The most common ‘magic mushroom’ in the UK are known as ‘liberty caps’ and are often dried out once picked, before they are either eaten or brewed into tea.

Some people get mild hallucinations from taking the mushrooms, which are classified as a Class A drug in the UK – making it illegal to have, give away or sell.

Possession can get you up to seven years in prison, an unlimited fine or both.