The police officers involved in the shooting of a Sudanese asylum seeker who knifed six people are being investigated after they failed to subdue him with tasers.

Moments before they killed him he had seriously injured six people including a police officer at the hotel who was left fighting for his life. 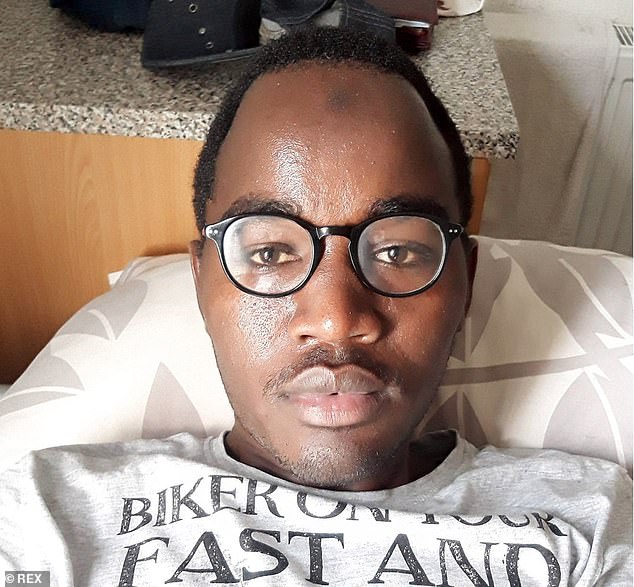 Officers tasered and killed Badreddin Abadlla Adam (pictured), a Sudanese asylum seeker after he had seriously injured six people including one police officer

Firearms officers are believed to have shot Adam dead in his room when their tasers failed to subdue him.

By then the hotel had already become a bloodbath with hero police officer, constable David Whyte, 42, among the injured.

An investigation by the Police Investigations and Review Commissioner (Pirc) was ordered by prosecutors at the Crown Office, which is routine where police firearms are deployed.

It comes as asylum seekers yesterday presented Police Scotland with a Thank You card to show their appreciation for the bravery shown by the officers at the scene.

The focus of the investigation is to determine whether the use of a firearm by officers was necessary, justified and proportionate. 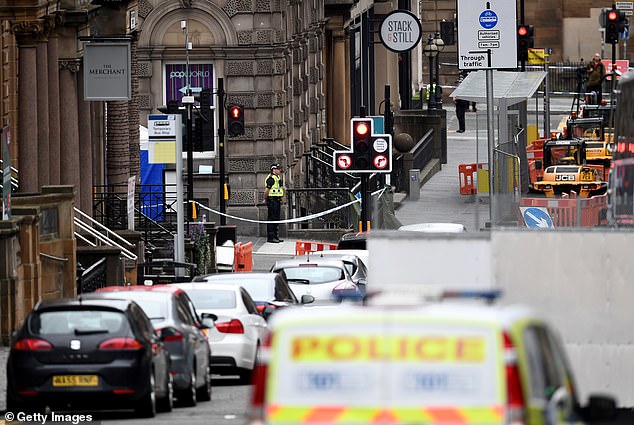 A police source said: ‘It’s normal for officers to be investigated after a firearm is discharged but the process can be cold and adds additional stress to the officers involved in what has been an exceptionally scary situation.

‘They feared for their own lives and if they hadn’t taken him out God knows who else he would have attacked. They have to think in a split second.’

Pirc have seized the weapon involved, and will take statements from all of the officers at the scene, as well as other witnesses.

It has also taken possession of footage from officers’ body-worn cameras.

It’s understood that after the Taser failed to disable Adam, he was then fatally shot by a Specially Trained Officer (STO).

He was the first person to die as a result of a shot fired by a Police Scotland officer since the force was formed in 2013.

Only one other person has been shot by Police Scotland in that time, Jamie Thomson who had been involved in a seven-hour standoff in March 2016, during which he fired a crossbow at officers.

Police Scotland has trained and equipped about 500 STOs.

These officers, who were able to use conventional weapons, have also been routinely armed with Tasers from June 2018 onwards. 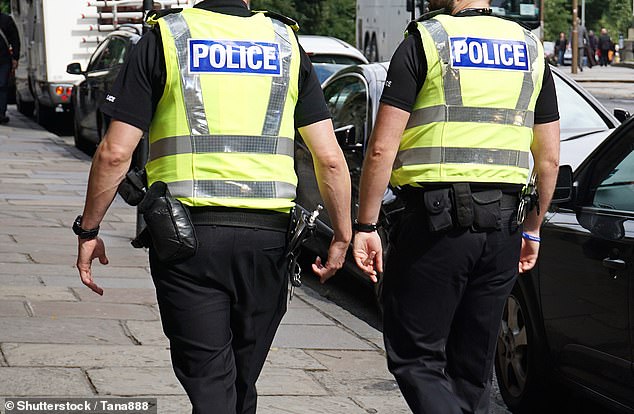 Adam was the first person to have been shot and killed by Police Scotland since its inception in 2013, while only one other person has been shot by the force during that time

At the time, Pirc said: ‘Generally, it appears that the use of Tasers by STOs increased their safety and allowed them to resolve incidents quickly without having to call upon the force’s limited number of specialist firearms officers.’

Adam launched his knife attack at Glasgow’s Park Inn after a row with a fellow asylum seeker in a neighbouring room over noise.

He had also complained that he wanted to go back to his homeland.

It’s believed the 28-year-old loner was furious at a lack of action from the Home Office over his return home in Sudan.

PC David Whyte who was the first officer on the scene, is recovering in hospital after being stabbed when he heroically tried to tackle the knifeman.

Among the injured asylum seekers are understood to be Mohamed Mansarie, 17, and Sultan Mohammed, 18, both from Sierra Leone in west Africa. Another male asylum seeker was also stabbed.

Adam had fled Sudan and is believed to have been in Germany and Franc e before coming to the UK, where he had been for seven months.

It’s also understood he had spent some time in Ireland and has family in Manchester.

Since the coronavirus pandemic, Adam and hundreds of other asylum seekers in Glasgow were moved into empty hotel rooms to stem the spread of the virus.

Sources said he made a request to withdraw his asylum application after spending three weeks isolated in his room after suffering Covid-19 symptoms.

His application had not progressed due to delays caused by the pandemic lockdown.

It’s believed Adam snapped on Friday following a row with another Sudanese asylum seeker in another room at the Park Inn hotel.

He had complained to others that noise was stopping him from sleeping and had warned fellow asylum seekers of his plan to attack the day before.

The Park Inn hotel on Glasgow’s West George Street, was being used to house asylum seekers due to the pandemic. 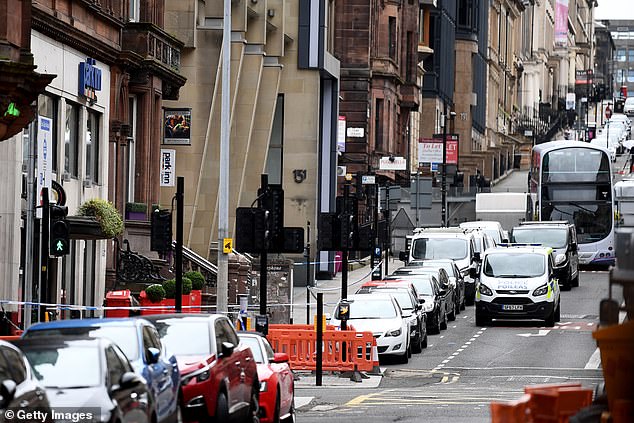 They were later moved to the nearby Hallmark Hotel in the city’s Washington Street.

One asylum seeker who was caught up in the horror attack told Mailonline how quick-thinking police officers saved his life.

Mohammad Nikar, from Albania, said he had been out shopping at a nearby Lidl store when he returned to the Park Inn hotel.

He had gone up to his room when he was disturbed by the fire alarm following the attacks.

He said: ‘I went back up to my room then heard the fire alarm and that’s when I left my room.

‘The was blood everywhere and armed police officers. That was frightening. I was worried they would think I had something to do with it but the officer said, “Don’t worry, let’s go. Everything will be alright but we have to get you out of here.”

‘The police were so professional and kind. He saved my life.’

Mohammad also rejected claims by other asylum seekers that the conditions at the Park Inn hotel had led to the attack.

He said: ‘The hotel was very nice. It’s a good standard hotel and lovely inside. You get fed and the staff could not do more for you. One of the receptionists would say, “Happy days” when he saw you to cheer you up.

‘The staff were kind and always smiling.’

Mohammad added: ‘Scotland is a very nice country. The people are so friendly. You go to have a drink in a bar and you make friends instantly.

‘I think he had something wrong with him inside.’