Fire erupts at the Andorra stadium England are due to play at in a World Cup qualifier on Saturday night, with an area bursting into flames during a live TV report

A fire has broken out in dramatic scenes at the Andorra’s Estadi Nacional just a day before they are due to play England there in a World Cup qualifier.

The gantry – a bridge-like overhead structure with a platform supporting equipment – erected ahead of Saturday night’s match was seen in flames during a live television report from Sky Sports.

The fire broke out just as Sky Sports reporter Rob Dorset was giving an update from the artificial pitch Andorra, with black billowing smoke then making its way towards residential apartments and flat surrounding the 3,000 capacity stadium. 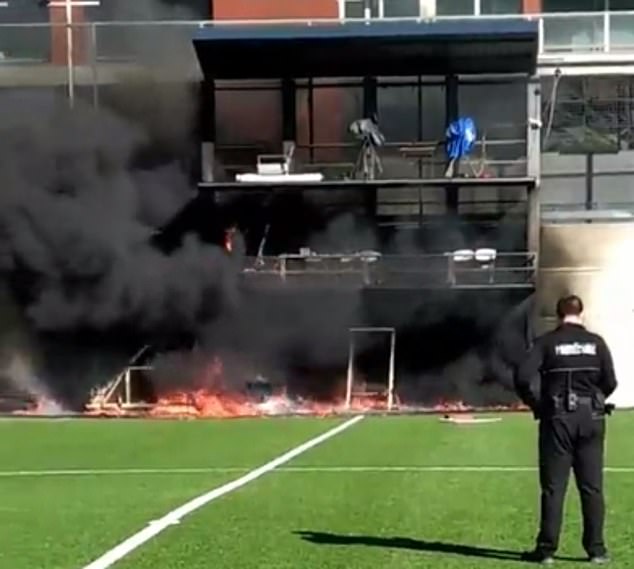 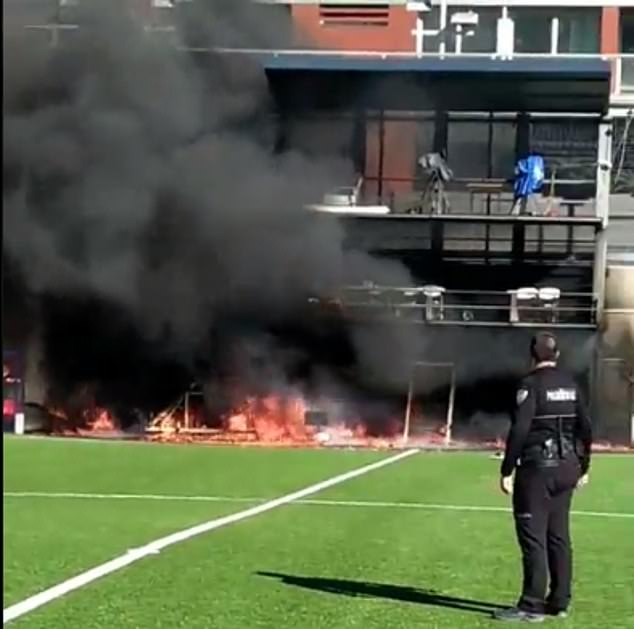 A fire engine later arrived on the scene in the country’s capital of Andora La Vella to try and put the fire out, the cause of which remains unclear at this stage.