Two women who lost their non-smoker husbands to lung cancer are campaigning for a national screening programme- regardless of age or risk.

Neither had smoked- and now their wives have joined forces and are campaigning through the Roy Castle Lung Cancer Foundation to raise awareness of lung cancer- and the dangers of passive smoking- and pushing for a national screening programme.

Professor David Baldwin, a consultant respiratory physician, explained that the screening is a rapid and painless CT scan which takes 40 seconds. A pilot scheme was launched which has already detected 900 lung cancers, with 77 per cent in the early stage. 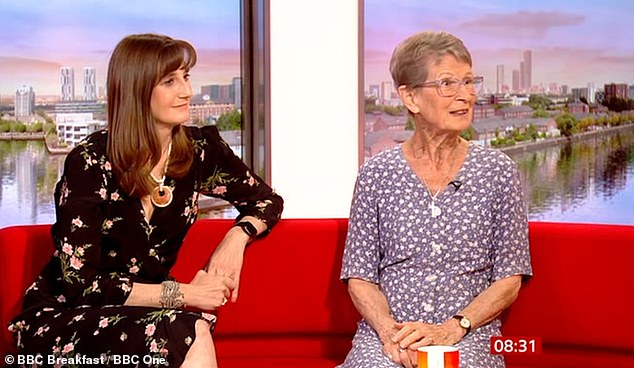 Cathy explained: ‘Today we are launching a Twitter campaign #NeedToScreen and we are passionate about trying to get national screening.

‘James started the fight for it. Unfortunately he’s not here and I am just happy to pick up the mantle.

She said that when he was diagnosed it was ‘quite bizarre’ as because James was Northern Ireland Secretary, he had police protection.

‘It was quite bizarre. We went to the hospital, came out of the consulting rooms and got in the car and could not talk about it as we were with other people.

‘We had to then wait and pick up the children. It was about five or six hours later by the time we were finally alone to have that conversation and talk about it.

‘We were told it was a good prognosis and it was caught early and we were upbeat and you just have to go with it and see what happens,’ she added. 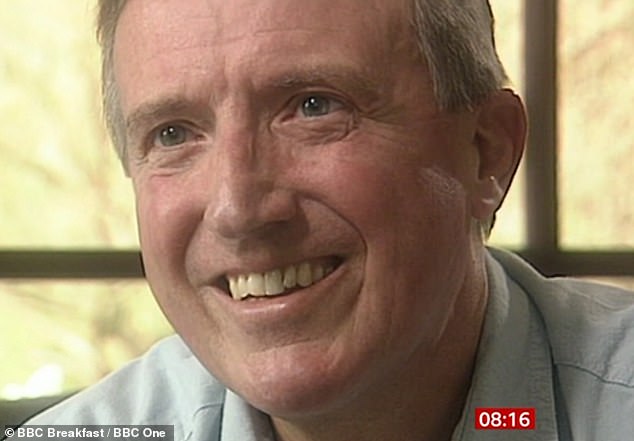 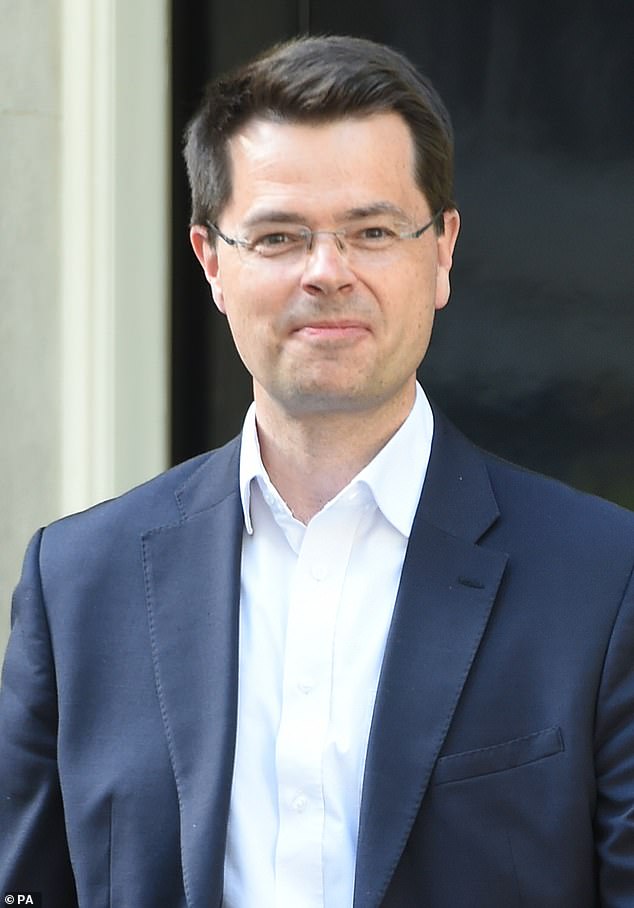 Unfortunately, the tumour came back during the pandemic, three years later.

Fiona said that just before Roy died he went on a tour around the country to raise awareness of lung cancer and smoking called the Tour of Hope.

Roy’s cancer journey was publicly shared, with the nation watching him undergo treatment.

He was the first public figure to reveal his cancer story so openly- and helped to raise thousands of pounds for lung cancer research through his campaigning.

She added that her husband helped to change the conversation around cancer: ‘Nobody knew that lung cancer was to do with smoking in those days. Well they knew it was smoking but not about passive smoking and there was only research being done in America at that time.

‘They did not believe that Roy did not smoke.’

Fiona and Cathy met for the first time a month ago. Fiona said: ‘We had so much in common that it was lovely even though we are very different in ages.

‘I am old enough to be her mother but just the fact we both had an experience and are both passionate about raising awareness of lung cancer and what we can do to make a difference.’ 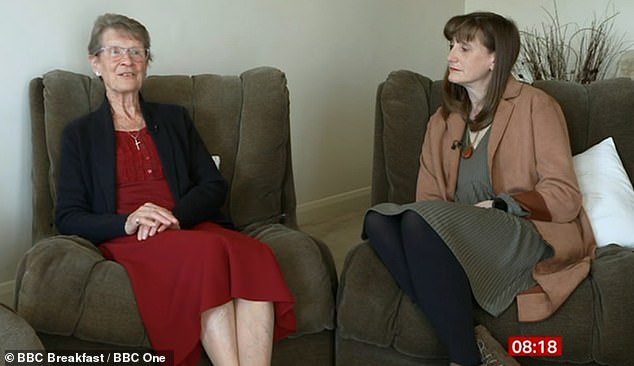 Fiona and Cathy met for the first time a month ago. They discussed the loneliness and experiences of grief and loss they faced

In a film aired on BBC Breakfast which showed their first meeting, Cathy and Fiona embraced.

They then shared their experiences of grief and loss, and reminisced on their lives with their partners.

Fiona said: ‘There are so many facets of it aren’t there? You’ll have had an exciting day or something and you’ll go home… but there’s nobody to tell.

‘There’s that sort of loneliness about it that you do not anticipate before, do you?’

To which Cathy replied: ‘I’ve had family, friends and neighbours who have been incredible and you really notice it when you’re on your own don’t you?’ 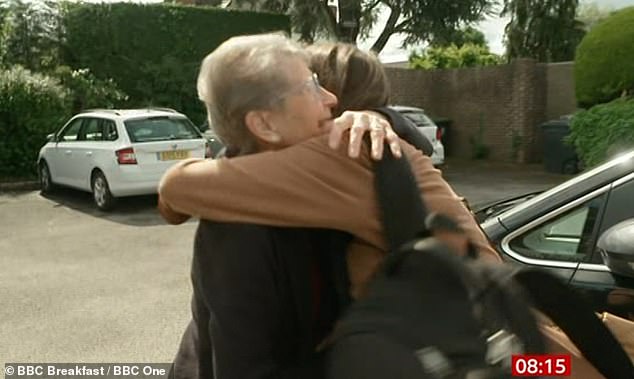 Cathy and Fiona embraced when they first met. Cathy told her that it is really noticeable when you are on your own and Fiona agreed 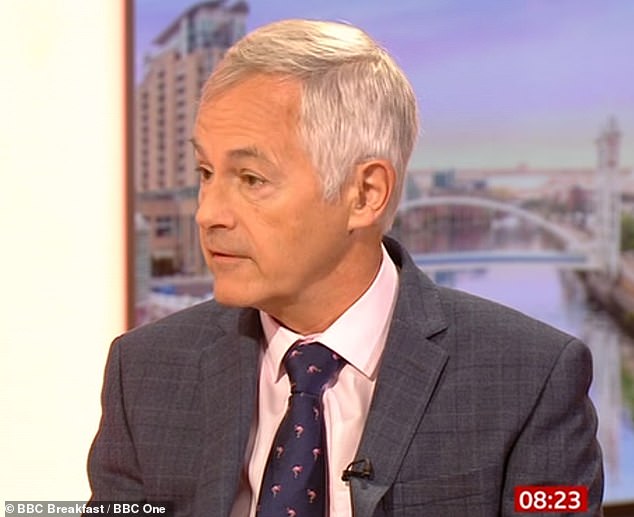 Professor David Baldwin, a consultant respiratory physician, explained that the screening is a rapid and painless CT scan which takes 40 seconds

Roy, who was diagnosed with lung cancer in March 1992, said at the time that one of the hardest things was telling his family that he had the illness.

A part of his interview on Fighting Back: Roy Castle was played, in which he said, visibly emotional: ‘I had to phone my son in Norway.

‘As soon as he came on the phone, I couldn’t speak. Fiona had to take over.’

Fiona said: ‘We suddenly realised that what we had, which has always been so super as a family, might be coming to an end and there’s a lot of sadness there.’

‘Roy never got worried about it. He just took it on. This is the way it is and I am going to fight it right to the end and he did’, she added.

Speaking in Parliament, James said of his own diagnosis: ‘From everything I have seen and experienced, early diagnosis and treatment lies at the heart of this.

‘That’s why I believe a national screening programme for lung cancer is needed.’

MPs held a minute silence for James Brokenshire in parliament after his death- and he was dubbed ‘the nicest man in politics.’

Cathy said: ‘He said to friends, I have had a good life. I have achieved what I wanted. I have married an amazing woman and I have got three brilliant kids. I’ve made a difference.’

Roy and James died two and a half years after they were diagnosed.

Fiona said: ‘He died at five in the morning. I tried to phone all my relatives and his relatives so they would not find out through the press.

‘That was one of the things for me because I knew it was going to happen very quickly.’

Cathy said: ‘The morning when James died. Again knowing it was going to break, I was trying to phone friends and other friends were phoning other friends.

‘I was having people on the phone crying uncontrollably to me and me trying to calm them down, and trying to stay strong.’ 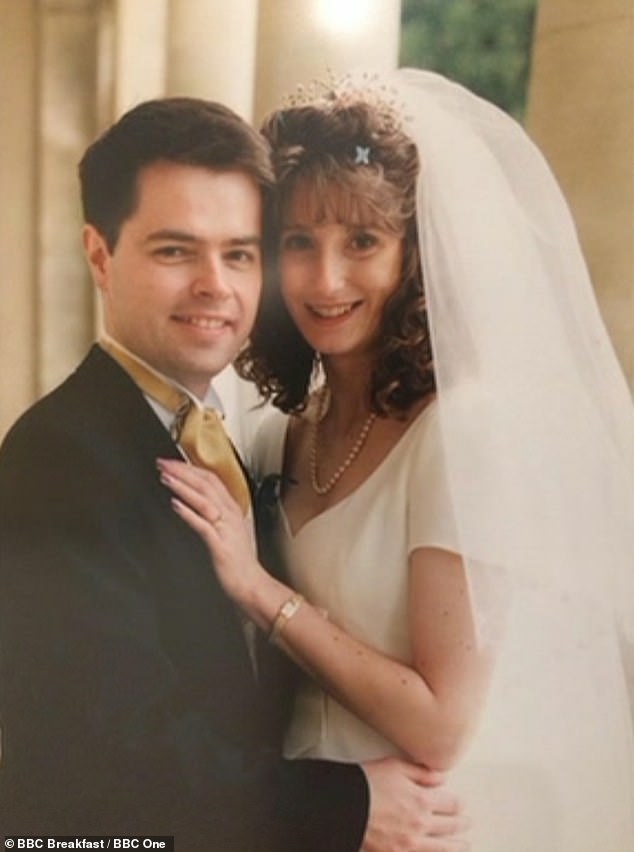 James had told friends that he had a good life and had achieved what he wanted including marrying an amazing wife, pictured on their wedding day, and having lovely kids

Cathy also spoke to Jeff Smith, who told her that thanks to getting a screening letter from the NHS, he was diagnosed early and was a success story of the scheme.

Jeff, from Salford, who is an ex-smoker, was sent the letter due to a high rate of smoking in his area.

Cathy wants the scheme to be widened so that more people can be screened.

She told Jeff: ‘My husband never smoked. Under the current scheme and what is happening under pilot schemes he would not even get looked at.

Cathy and Fiona were both with their husbands for 31 years. Fiona said: ‘People say ‘oh, only 31 years?’ but I was privileged to have such a lovely person for such a long time.

And Cathy agreed that she was also blessed to have been with James for 31 years and that he had enriched her life.