AFL fans, Daily Mail Australia has solved the mystery of the dabbing radio.

Confused supporters have taken to social media after Hawthorn raised what appeared to be an interchange card against Essendon on Saturday, but the card instead featured a cartoon image of a boombox dabbing.

So why was Hawthorn raising this curious symbol? Simple: to send a message to the players, in this case, to slow the pace of the game down.

There are two kinds of radio today, analogue and the Digital Audio Broadcasting system.

If you are listening to the same station on analogue and the Digital Audio Broadcasting at the same time, you will find there is a slight delay on the latter.

Digital Audio Broadcasting is better known as DAB radio. So the message being conveyed by the coaching staff was for players to try and slow the play down to restrict Essendon. 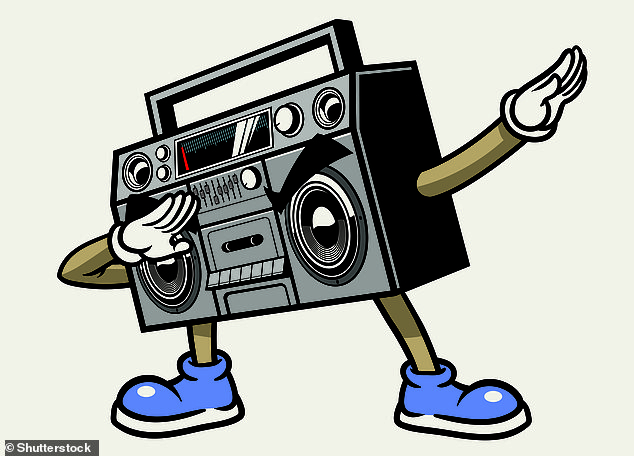 It didn’t work, as Essendon launched a final-quarter goal blitz to down the Hawks.

So where did this unique signal come from? It is actually a system that has been used to great success in American college football and the NFL.

Hand signals have long been used in American sports like baseball and gridiron, but in some cases they have now been replaced by picture boards just like the dabbing radio.

Picture boards first appeared in NCAA college football in the United States in 2008 when the Oregon Ducks feared that their hand signals had been compromised.

Oregon head coach Chip Kelly devised a series of picture boards to deliver messages instead. Each board would have four images, each relating to a different player, play or action for those on the field.

For example, the top left could be a signal for the formation, the top right for the protection quarterback, the bottom left a message for the running back and the bottom right a call to run a pass play. 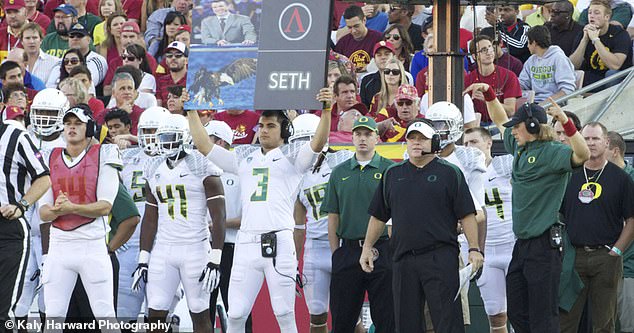 A picture of a bald man could mean there is an empty formation. Using an image of an elephant could signal a heavy personnel grouping.

‘What we have on those boards, each fourth quarter means something to our guys. One picture will tell us the formation, the play and the snap count,’ Kelly said at the time.

‘All of the guys on the field know what is going on.’

Along with confusing the opposition, Oregon’s 2008 quarterback Dustin Haines said the images were easier to understand than hand signals.

‘By visually seeing something, a picture or an image, you can relate to it a lot faster than trying to get a long series of hand signals,’ he said.

Using picture boards to communicate has become widespread since Oregon introduced the practice. Some of the images used are incredibly cryptic, eclectic – and at times, downright hilarious.

Coaches are using everything from images of pinup models in bikinis to Peter Griffin from Family Guy and Mighty Mouse to get their messages across. 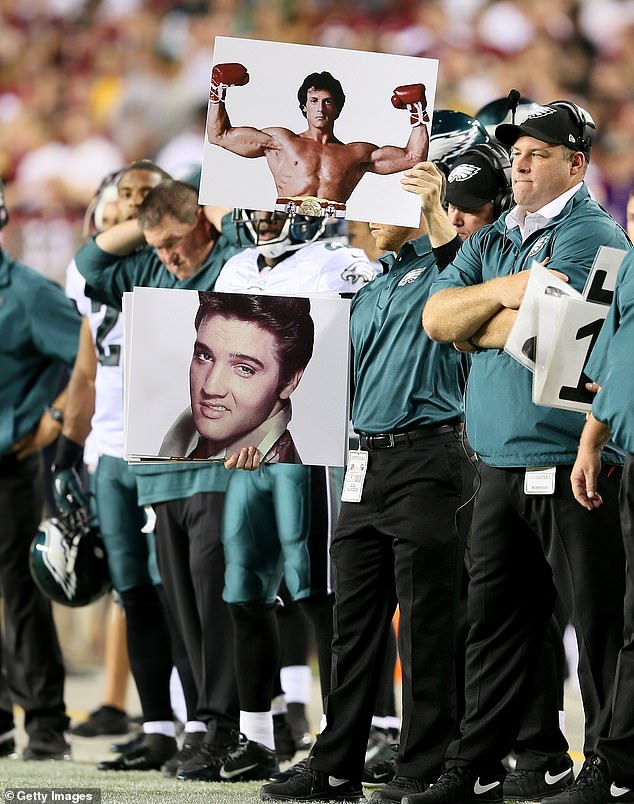 The picture boards used by the Philadelphia Eagles NFL are even more cryptic, as seen with these images of Elvis and Rocky Balboa

Kelly also took his system to the NFL when he became coach of the Philadelphia Eagles from 2013-15.

He brought out a range of Philadelphia-centric images to amuse and confuse fans, including Will Smith as the Fresh Prince of Bel Air and the iconic Philly cheesesteak.

‘We could tell you what all our signals are, but that’s not going to help us. I’m not going to explain why we go through that whole thing’.

Ex-Eagles linebacker Mychal Kendricks shed a little more light on the picture boards, but not enough to clue in the opposition.

‘I saw that stuff at Oregon, so I knew it was coming but I didn’t know which pictures they would choose,’ he said.

‘When I saw the Fresh Prince, I started laughing. Everything has to do with Philly. I don’t even know what they mean. It’s for the offense.’