Fern Britton has been praised by This Morning viewers after telling beach-goers who have been leaving litter and ‘defecating in dunes’ to clean up after themselves.

Yesterday more images emerged of litter left by Britons who crowded together on packed beaches as temperatures soared, and Fern, 62, who lives in Cornwall, told that ‘socially responsible’ business are concerned about mass litter in their area.

Appearing on Good Morning Britain, the broadcaster explained that many have been defecating near the beach and asked visitors to ‘bring bags’ to clean up after themselves in the same way they would for their dogs.

Viewers agreed that mess left behind on beaches and beauty spots has been ‘disgusting’, and praised the television presenter for her ‘wise words’ on the subject. 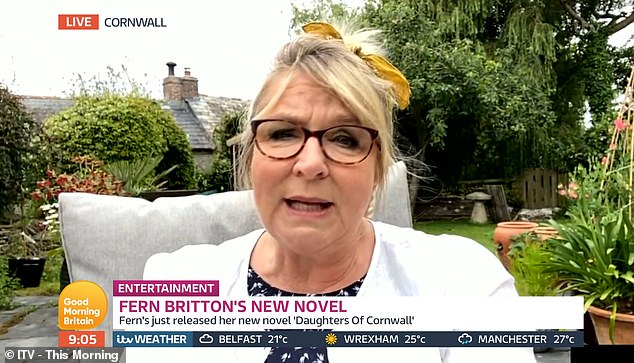 She said: ‘During the May bank holiday, a lot of people came down here and were literally defecting in the dunes.

‘You would clean up after your dog. I understand people get caught short, but have some bags in your car.

‘There are councils who have to deal with that daily and it is just awful. I understand the frustration, but if you’re really caught out bring a bag.

‘When my children were little and they got caught out, line the bucket with a carrier bag and they can sit on the bucket.’

Another agreed: ‘An absolute joy to see the very lovely Fern Britton on Lorrains. Such wise words and looking so wonderful! ‘

A third gushed: ‘Fab advice about ‘being caught out’. We visit Cornwall every year for three weeks in August, but this year our caravan site is not opening. We’ve decided not to find somewhere else to go in Cornwall, but to give our holiday a miss and give you lovely people a break. ‘

Boris Johnson announced earlier this week that pubs, restaurants and hotels can reopen from 4th July, and Fern admitted while she’s pleased local businesses will start to receive income, conce she’s also concerned about litter and mess left behind. 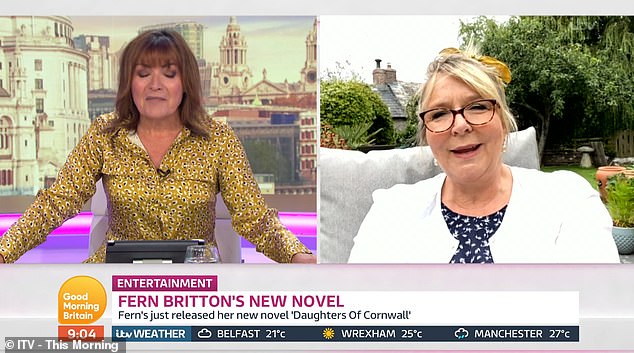 Litter on the sand by Bournemouth Pier in Dorset on Wednesday, after Brits crowded together on packed beaches

She said: ‘We’re braced for the fourth of July, which on one hand is terrific. Businesses are calling out to get going. But they are also socially responsible and thinking, how are we going to make this work? So we are concerned about it.

‘It’s not that we want people to stay away, but it is horrible when they leave the mess.’

This comes after presenter Matthew Wright, 54,was praised yesterday for calling out litter louts on the show.

He branding beach-goers who leave rubbish behind and people who use the street as a toilet ‘inhuman pigs’.

The broadcaster raged that the lack of social distancing was ‘two fingers to the NHS’, and fumed that his street on Primrose Hill has been ‘defecated and urinated on’ because of the lack of public toilets during lockdown. 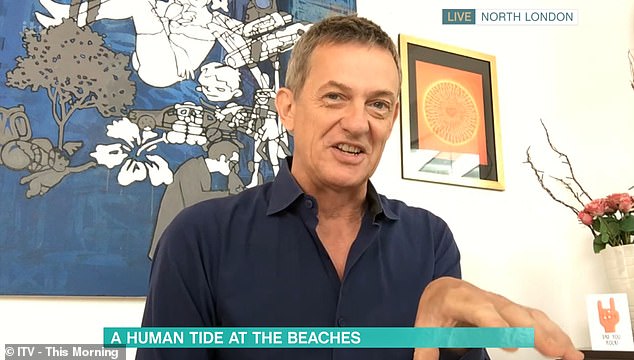 And many viewers agreed, with one ranting: ‘It’s because people are disgusting, vile pigs. If you can carry a full picnic in, you can carry empty wrappers/bottles out.’

During his furious rant on the show, Matthew said: ‘The downside is, every Thursday in lockdown we stood on our doorsteps clapping the NHS.

‘But now we are going out  with sunbathing and breaking social distancing and giving two fingers to the NHS staff we were once clapping.

‘There’s no excuse for it. And the litter the next day! These people are pigs. They are not humans, they are pigs.’