Fern Britton has candidly detailed how she went through a ‘tough time’ after her split from husband of 20 years Phil Vickery.

The TV host and author, 63, confirmed that she had split from her chef husband, 60, who she met while she was presenting This Morning, back in January 2020.

Reflecting on a ‘hard’ couple of years which saw her ‘marriage die’ and both parents pass away, Fern admitted it hasn’t been easy but remained positive revealing her friends have been keeping her spirits up and saying ‘there is life afterwards’.

Honest: Fern Britton has candidly detailed how she went through a ‘tough time’ after her split from husband of 20 years Phil Vickery (pictured on This Morning in 2019)

Fern detailed the tough time while chatting to the BBC’s Carol Kirkwood, 59, for online platform Fane.co.uk while promoting her new book Daughters Of Cornwall.

She explained: ‘It’s been hard, but there is life again. We did have three cats. I lost one of them two summers ago.

‘I have had a bad two or three years. Both of my parents died, my beloved cat died and unfortunately my marriage died.

‘It was a bit of a tough time but we are getting through. And it is all OK. There is life afterwards.’ 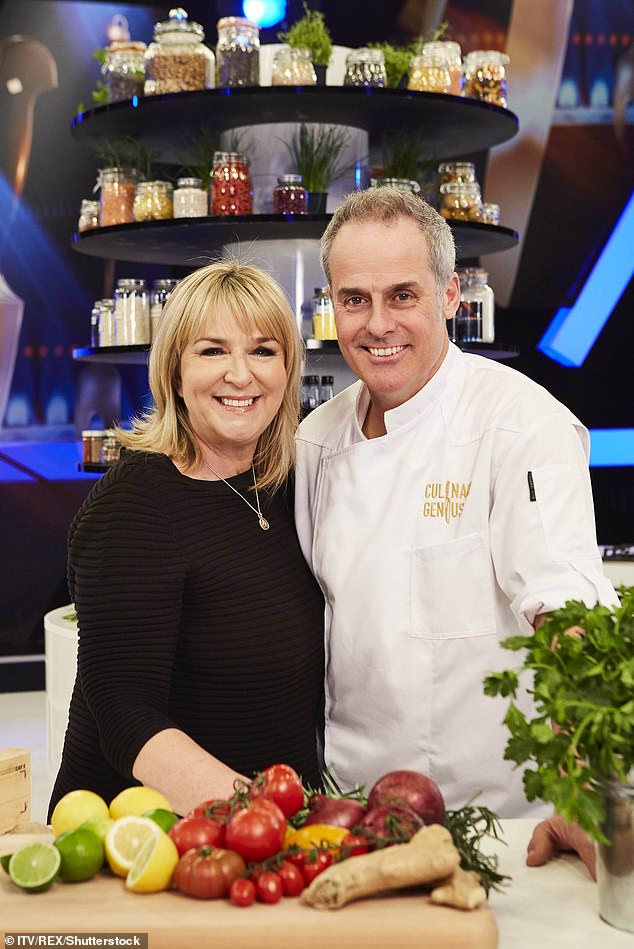 Over: The TV host and author, 63, confirmed that she had split from her chef husband, 60, who she met while she was presenting This Morning, back in January 2020 (pictured in 2017)

The TV star also told how her friends have been helping her adjust to to single life and spent the day unpacking boxes for her when she moved to a new home.

According to The Sun, Fern admitted she ‘couldn’t face’ unpacking and that her good girlfriends in Cornwall, who ‘just make me laugh all the time’, helped her.

She said: ‘There was an awful lot that had arrived from my old home and I could not face unpacking it all.’

After helping her, Fern revealed her pals tried to make her laugh with a cheeky joke.

Fern added: ‘Then at the end of the day, one of the boxes had a label on, saying, “Sex toys to be sorted,” rubbed out and, ‘Outdoor lights,’ put on it, just to make me laugh.’ 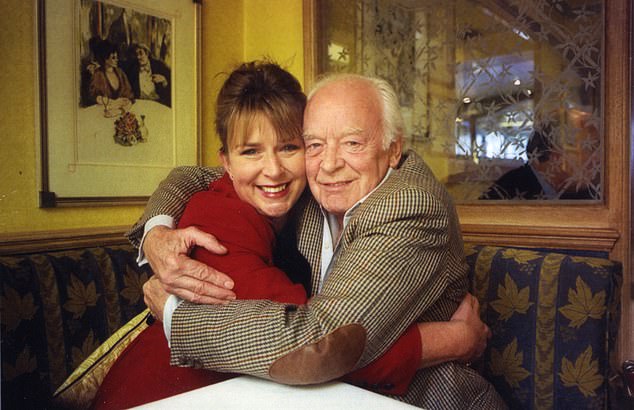 Tough time: As well as splitting from her husband, Fern’s father Tony (pictured together in 1995) and mother Ruth also passed away as well as one of her cats 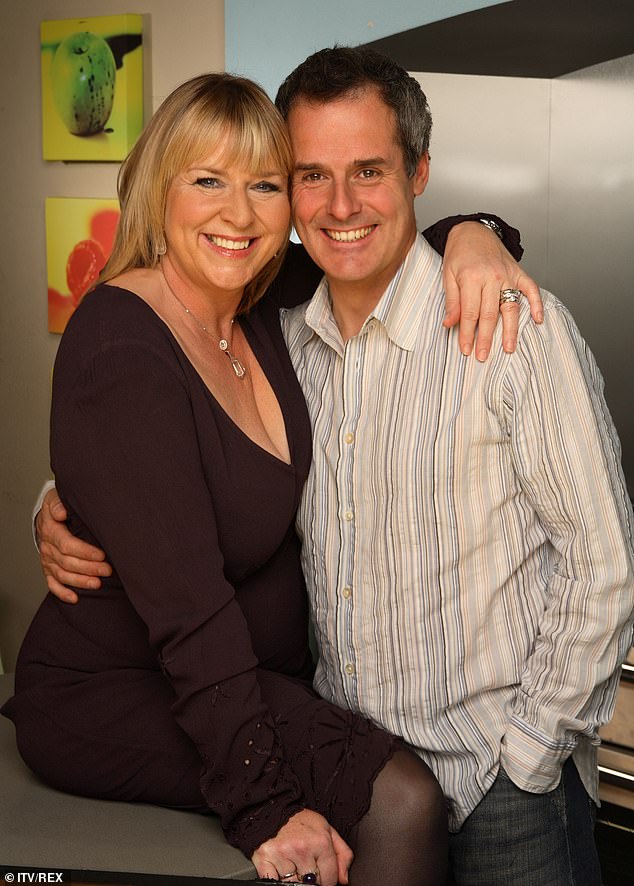 Moral support: Fern also admitted she ‘couldn’t face’ unpacking boxes from her old home when they arrived in Cornwall so her pals helped her out (pictured with ex Phil in 2007)

Elsewhere in the wide-ranging interview, the star – who had a gastric band operation in 2008 – revealed that she has ‘put weight on in lockdown’, however added that she doesn’t think there’s any ‘point in lying’ about it.

Fern also reflected on her stint on Strictly Come Dancing in 2012 and going on the UK tour alongside the professional dancers.

Fern said she ‘loved’ the experience and made pals with the band and the stage management, ending up on their tour bus after three days.

She said: ‘Wonderful though they [the professional dancers] are, I did not feel comfortable… Once you are in the sausage machine you are there until you are spat out the other end.’

And according to The Mirror, Fern also reminisced about her testing time on BBC Breakfast Time in the 1980s while chatting in the Fane appearance. 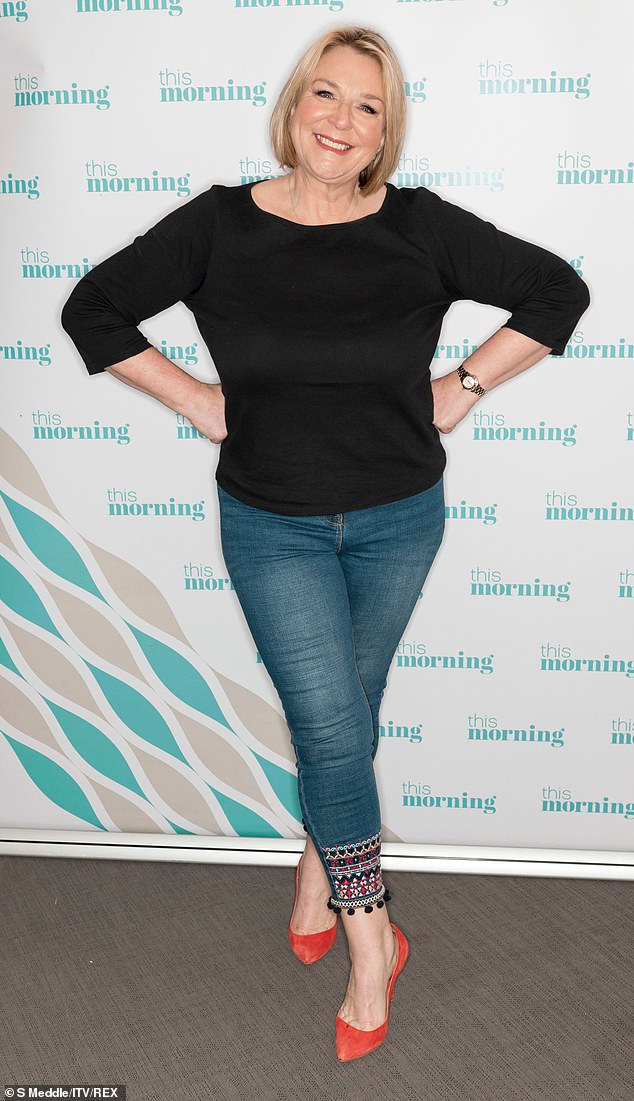 Not fazed: Elsewhere in the wide-ranging interview, the star revealed that she has ‘put weight on in lockdown’ (pictured in 2019)

Recalling her time on the show, Fern said: ‘I was terrified for the whole 18 months. I was excited but I was also terrified as there were one or two people there who made life a bit difficult.

‘I remember sitting in the bath and crying before I went to work. But it was a very good grounding in building resilience.’

In June 2020, Fern also spoke about her marriage to Phil breaking down on ITV’s Lorraine, saying: ‘Unfortunately, we fell apart!’

The TV personality explained that she was trying to finish her book while everything in her personal life was going on, and confessed that she ‘needed the rest’ which was forced on her by lockdown. 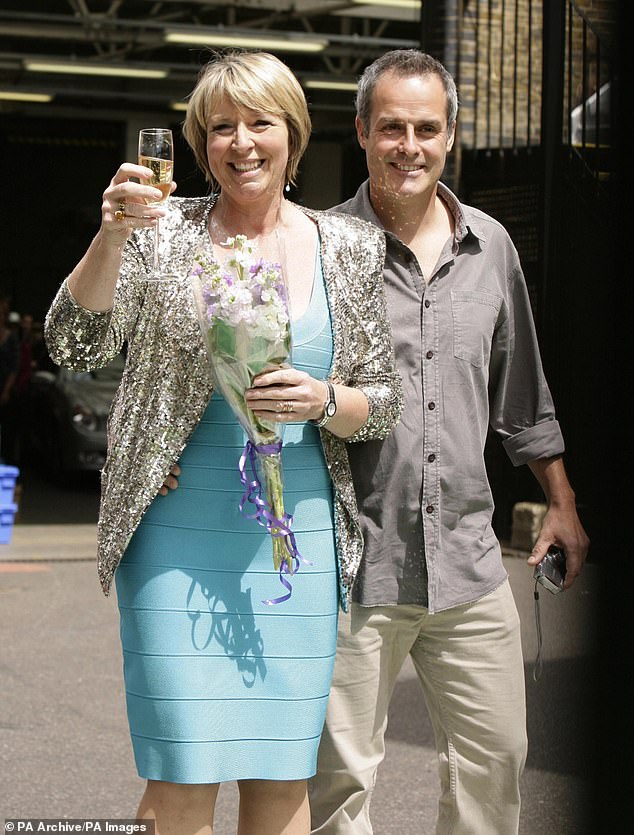 Candid: Fern has previously spoken about her breakup from husband Phil, saying that they ‘fell apart’ (pictured in 2009) 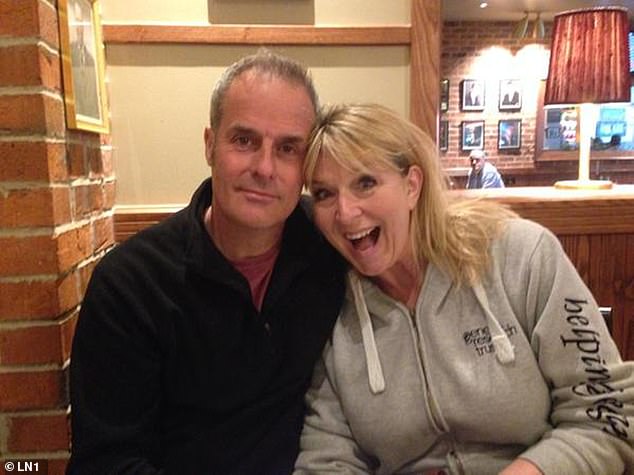 Fern explained: ‘Unfortunately, Phil and I fell apart. And I had this book to write this book and get it out on the deadline.

‘And once all that was done, lockdown happened and it’s like three months of – I needed that rest, you know?’

Fern spoke about learning to be single during the coronavirus lockdown.

Announcement: The couple shared matching statements on their Twitter pages to announce the end of their marriage as they thanked fans for their ‘kindness and support’

She said: ‘We separated at the beginning of the year and fortunately it’s all smooth. We just came to the end of the road, you know, which is sad.

‘So, I’ve been adjusting to life as just me to think about, and my two daughters happen to be here because they got stuck in lockdown, happily for me.

‘It’s a time for me to really adjust my existence, which on the one hand is really quite exciting, but you’ve also got to process it for a while.’

She also reflected on their former relationship in an interview with Weekend Magazine: ‘We had a wonderful time. We were the best of friends. And I miss that friendship.

‘There comes a point when the children are substantially off your hands and you look at each other and wonder where you’re going to go from here.

‘I don’t want anyone. I can do it by myself. I don’t feel lonely. I like my own company. I realised not long ago that I was married, on and off, for 33 years.’

On Twitter in January 2020, both Fern and Phil wrote matching statements which read: ‘After more than 20 happy years together, [we] have decided to go our separate ways. We will always share a great friendship and our lovely children.

‘We would appreciate it if our privacy is respected at this time. Thank you for your continued kindness and support. [sic]’

The couple tied the knot 20 years ago in 2000, after Fern had split from former husband Clive in the same year following a 12-year marriage.

The couple met on This Morning when Fern hosted the show alongside Philip Schofield – who now hosts with Holly Willoughby – and the star previously said she never thought she would find love again as a mother of three children. 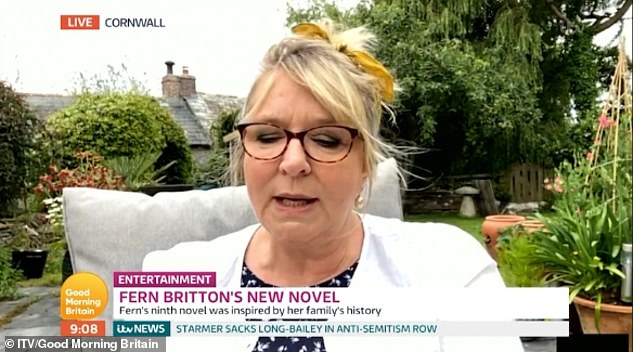 Honest: In June 2020, Fern appeared on Lorraine from her home in Cornwall where and spoke about the breakdown of her marriage to Phil