Female tradies are struggling to receive access to clean and properly functioning toilets, according to a new survey.

The Electrical Trades Union national amenities survey found one in five women did not have access to sanitary bins at work.

Women were up to 10 per cent less likely to have access to permanent bathrooms compared to their male counterparts.

Almost half of female respondents said they had raised an issue about inadequate amenities, compared to fewer than 30 per cent of men.

Women tradies are struggling to receive access to clean and properly functioning toilets, according to a new survey 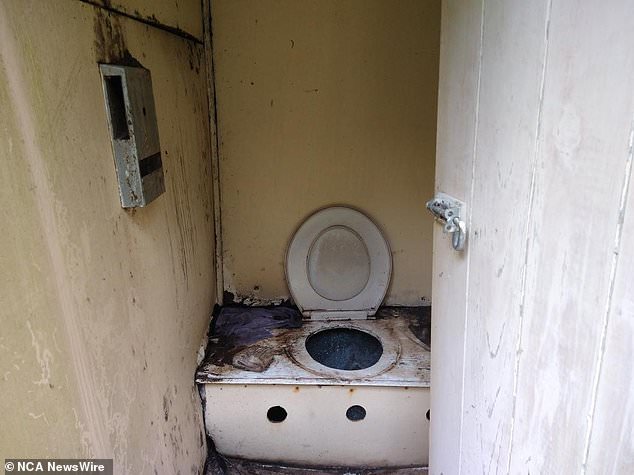 Apprentice electrician Carlin, 22, said sparkies faced rough conditions every day which are a barrier to all electricians – but especially women – working in the industry.

‘It’s pretty much become the cultural norm to try to deal with it and it shouldn’t be, because they (toilets and water) are basic human necessities,’ she said.

‘If you get called out to remote, rural areas, there’s not a toilet in sight for hours … or even if you’re in the suburbs.

‘Some companies have a depot where you can have a regular point of call in the morning and afternoons.

‘But I was out on a contract placement, not with my company … and I didn’t have access to a regular toilet for six months.

‘In that toilet, I did not have a sanitary bin for that entire time.’ 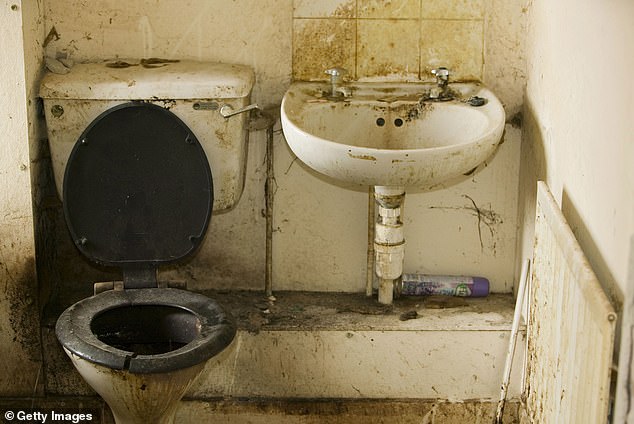 While Carlin has worked in cities and regionally, she said the most difficult work environments were in rural areas (stock image) 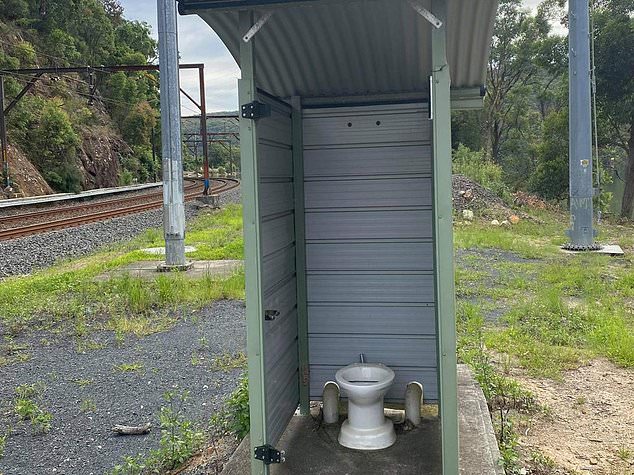 Toilets should be a basic human right in any workplace, but for many tradies it is considered a luxury

Carlin, who is based in Newcastle in NSW, said she had to use fast food eateries and other public toilets during the height of the Covid-19 pandemic.

Sometimes she would avoid drinking water to reduce her toilet requirements, but said it made her fatigued and dehydrated.

‘As an apprentice, you don’t want to rock the boat by saying we need this basic necessity,’ she said.

While Carlin has worked in cities and regionally, she said the most difficult work environments were in rural areas.

‘I have a lot of concern with rural areas and not being able to have the required PPE provided to be able to dispose of sanitary items while out in the bush,’ she said.

‘In the city, we have quite a few fallbacks, which is not ideal; we should have the proper amenities on-site and accessible to all people, but there has been workarounds.

‘My concern is for rural areas and being on call-outs.’ 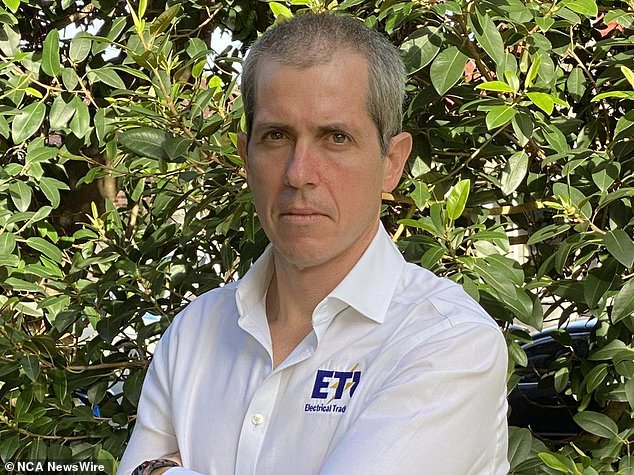 Michael Wright, from the Electrical Trades Union, is demanding changes to tradies’ workplaces

Carlin said it was not an openly talked-about issue, especially among older men.

‘It’s also causing a lot of issues, especially with trying to increase female participation in trades,’ she said.

‘Toilets are actually a real issue, especially if you’re menstruating and you don’t have access to reliable toilets and amenities.

‘So that includes drinking water and water to clean your hands in order to safely change products.

‘That can be a really, really big barrier. I’ve known of a few girls who have gotten infections from not being able to change their pads or other items for 16 hours.’

NCA NewsWire has been provided with some images of toilets which have been made available to workers, but some are too disgusting to show.

According to the ETU, only two per cent of Australia’s electricians are women and the union says more needs to be done to recruit females. 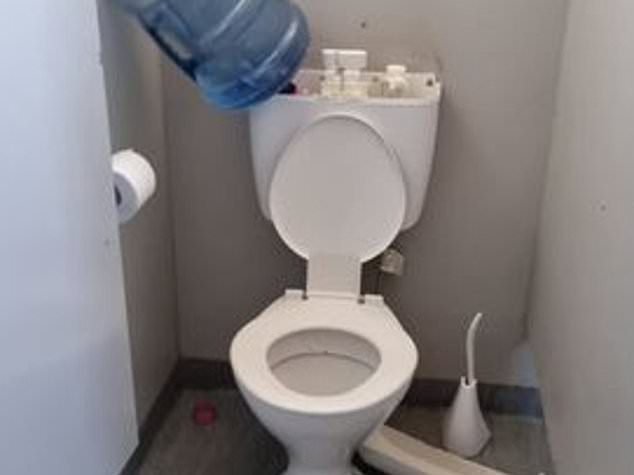 That is especially the case now, given there is a national shortage of electricians which is only expected to get worse as Australia moves to more electrification and renewable energy.

The ETU is calling for a review into setting minimum health and safety standards for workplace amenities.

‘Suitable toilets aren’t ‘nice to haves’. Having access to hygienic, reliable and adequate loos at work should be a basic expectation and a no-brainer in 2022,’ acting national secretary Michael Wright said.

‘White-collar workers expect these basic standards, yet for women on construction sites, there’s still no guarantee of a usable toilet.

‘We have a national sparkie shortage just when we need more of them than ever, as Australia embarks on its renewable energy transition.

‘How can we expect to boost numbers if we’re discriminating against half the potential workforce?

‘We can’t afford to exclude an entire gender of workers if we’re going to build the Australia of the future.’