A Georgia auto shop owner was sued by the federal government for ‘illegal retaliation’ after he was accused of dumping 91,000 oil-covered pennies at the end of a former manager’s driveway with a crude note reading ‘f*** you!’

Miles Walker, who owns A Ok Walker Autoworks in Peachtree City, allegedly dumped the tens of thousands of pennies on former manager Andreas Flaten’s driveway in March 2021 after the employee quit due to a ‘toxic work environment,’ according to the complaint filed in US District Court in Georgia.

The lawsuit by the Labor Department also alleged that the auto shop owner ‘willfully’ denied paying employees overtime payment, instead opting for a ‘flat weekly rate of pay regardless of the number of hours worked per workweek.’

Flaten, 27, called the US Department of Labor after not receiving his last $918 paycheck in January 2021. When the Labor Department contacted Walker concerning his former employee’s missing paycheck, the owner said he would not pay Flaten.

Hours after Walker learned Flaten had complained to the government, he changed his mind, but told the agency he would show Flaten how ‘disgusting’ he was by paying him in pennies.

‘How can you make this guy realize what a disgusting example of a human being he is,’ Walker said, according to the lawsuit. ‘You know what? I’ve got plenty of pennies, I’ll use them.’

Miles Walker, owner of A Ok Walker Autoworks in Peachtree, Georgia, has been sued by the federal government in Georgia District Court for ‘illegal retaliation’ after he dumped at least 91,000 pennies on a former employee’s driveway 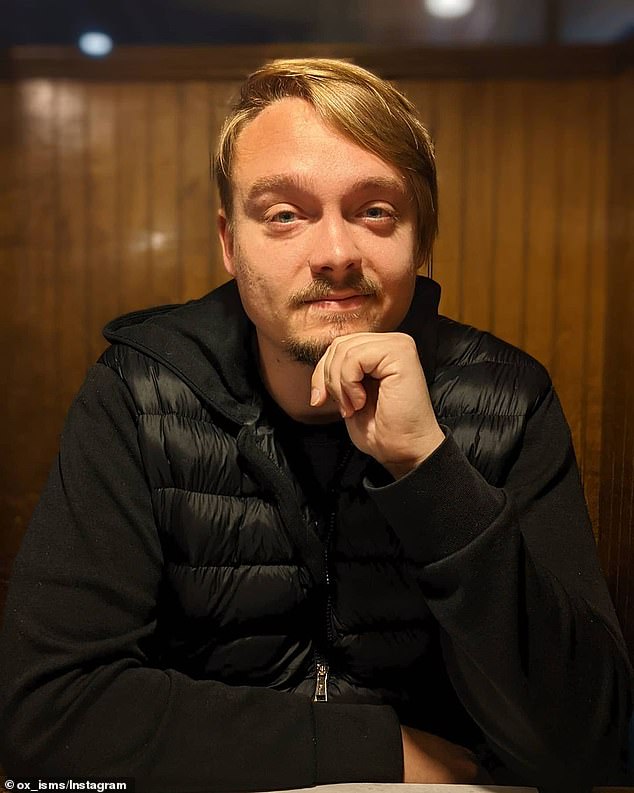 Andreas Flaten, 27, reported his missing paycheck in January to the Department of Labor, which contacted Walker about the $918 that was owed to the former manager. Walker called Flaten a ‘disgusting’ human being and told the department that he would only pay his former employee in pennies

After Walker dropped off the pennies, Flaten and his girlfriend claimed they were covered in oil, an allegation Walker denied doing on his company’s website.

‘No one employed by A OK Walker put grease on the pennies. In our opinion the former employee and his girlfriend did that to make this more explosive,’ Walker wrote.

He also explained that there were more than 91,000 pennies and a few other coins among the bunch, so the former employee would get ‘every penny he requested.’ 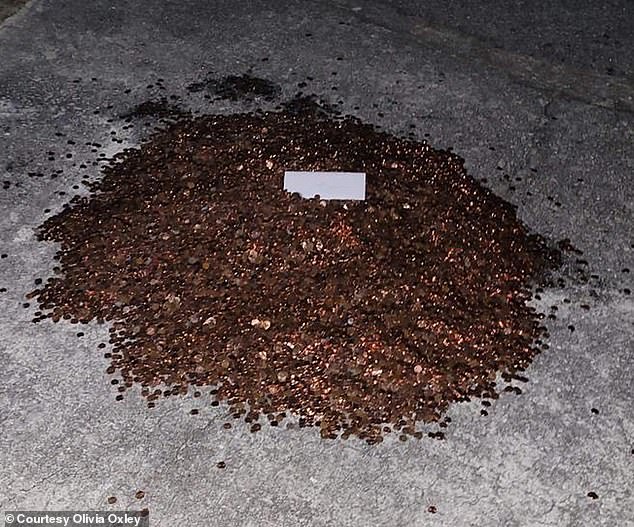 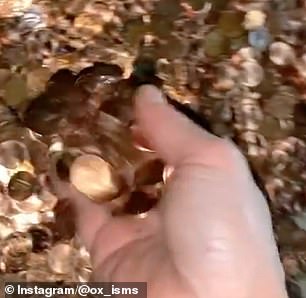 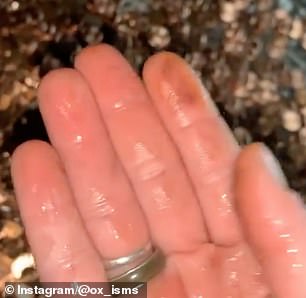 After Walker left, Flaten realized the pennies were coated in oil. Walker denied covering the coins in grease and allegedly on his website that Flaten and his girlfriend did it ‘to make this more explosive’ 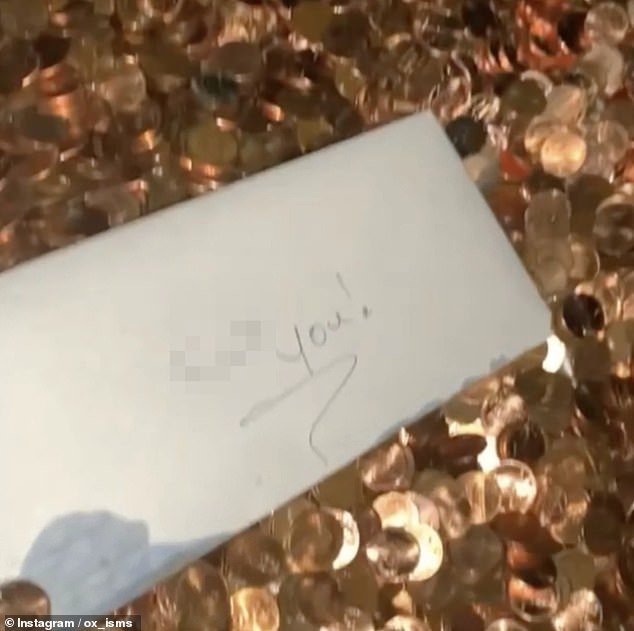 Walker also left an explicit note for his former employee, who cited a ‘toxic work environment’ as the reason he was leaving

The paystub in question was placed in an envelope with an explicit ‘f*** you’ message written on the front.

Walker said he spoke to Flaten at his house prior to dropping off the pennies and said the disgruntled worker accepted the  bizarre payment.

Flaten described the pile of pennies as ‘a childish thing to do’ and claimed he spent many nights cleaning the coins so that he could cash them in.

He said at the time that it took him roughly an hour and a half to clean off several hundred of the coins.

‘I think that’s going to be a lot of work for money I’ve already worked for,’ Flaten said in March.

‘It’s definitely not fair at all.’

As for the ‘toxic work environment’ Flatten cited in his resignation, Walker wrote it off as the whining of a ‘disgruntled employees.’

‘Sure I have some. What employer doesn’t? They’re former employees for a reason,’ he wrote on his website.

Walker left a scathing retelling of the story on his website

Walker also took a dig at the ‘keyboard warriors’ and ‘cancel culture’ by calling Walker ‘ignorant’ and ‘sad’ for believing he would cover the pennies in oil.

Flaten is encouraging others to file complaints with the Department of Labor.

‘I honestly didn’t think anything would be done,’ he told Insider. ‘[Others] definitely should not be scared to reach out.