Fake election posters have been put up at the graveyard where an Independent candidate buried her husband a few weeks ago.

The doctored posters of Penny Ackery, Independent candidate for the NSW electorate of Hume, have had a Greens party emblem added next to her picture.

Ackery, who lost her husband John Steel to cancer last month, voiced her disgust on Twitter at the heartless election dirty trick.

Independent for Hume electorate was disgusted with the signage (pictured) that was put up at the graveyard where she buried her husband , ‘weeks ago’

‘This is a cowardly and senseless attack. Fake signs put on the very fence of the graveyard where I buried my husband, just weeks ago,’ her post read.

‘Spreading misinformation about the #independents as part of a coordinated campaign.’

It comes as the Australian Electoral Commission launchd an investigation after a series of similar posters popped up in various seats across the state.

Other electorates that fell victim to the offensive against Independents – labelling them Greens candidates – included the NSW electorates of Mackellar, Warringah and Hughes.

Fabricated images of independents Zali Steggall, Sophie Scamps and Georgia Steele labelled with the Greens party logo all appeared overnight in their areas.

Electoral law requires election propaganda to have an authorised statement, which is absent from these posters – some being found tied to candidate’s legitimate signage. 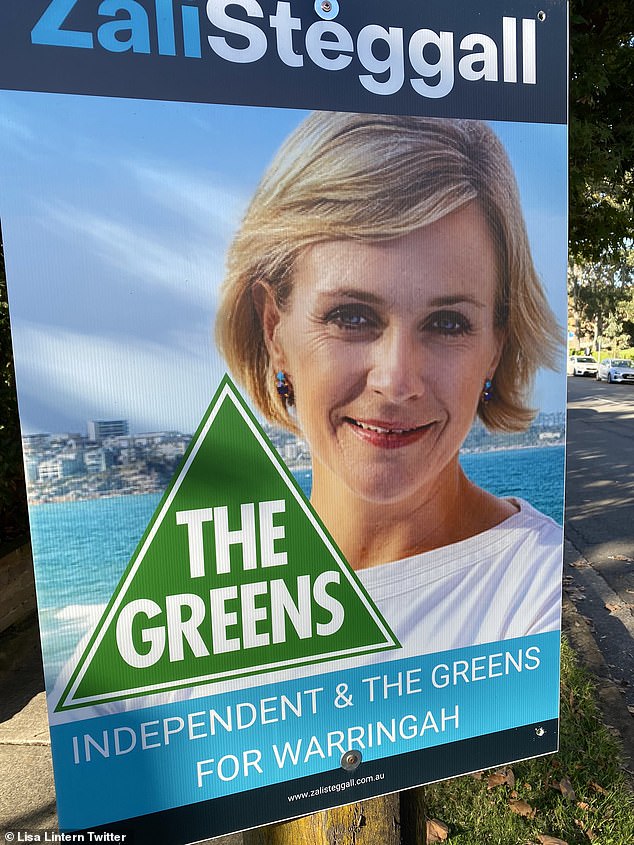 Zali Steggall copped it to, with a sign (pictured) popping up in her electorate of Warringah

Big stickers were found plastered on independent candidate Monique Ryan signs, who is vying for the Melbourne electorate of Kooyong – held by Josh Frydenberg.

One sticker with an image of Ryan with Albanese read, ‘vote Ryan and you get Labor’, with a caption over Ryan saying, ‘You go Albo’.

Greens leader Adam Bandt said the posters had no affiliation with the party, and that whoever was behind the stunt had ‘committed a criminal act’.

The AEC said it had received several reports and complaints about the fake posters and would be taking it ‘extremely seriously.’ 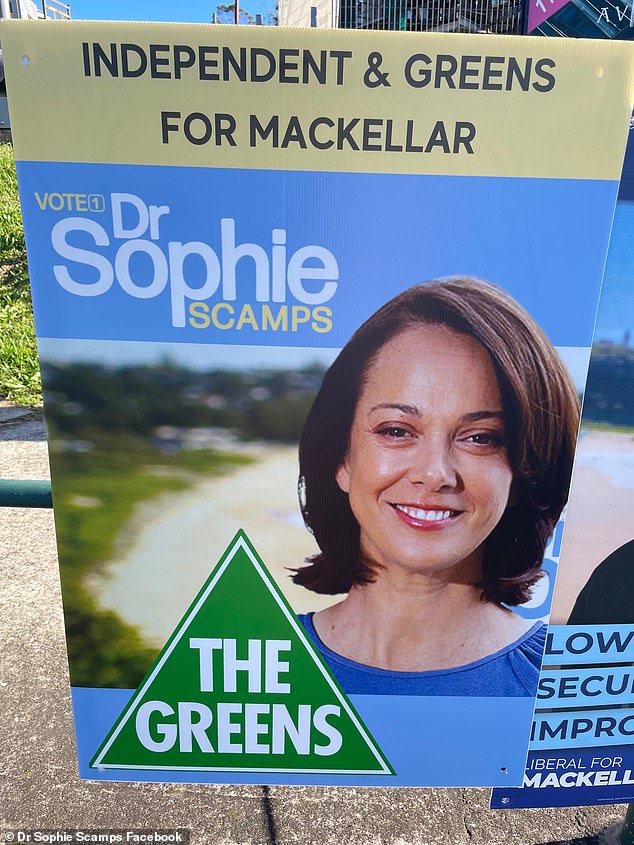 A spokesman added: ‘It appears to be unauthorised signage in breach of the Commonwealth Electoral Act 1918.

‘We are endeavouring to find information regarding who is behind the signage.’

The Advance Australia Party were blamed on social media for the fake poster campaign after running a similar strategy on the side billboard trucks, but party chiefs strongly denied the allegation.

The party is a conservative group who espouse beefing up Australia’s military muscle along with nuclear energy reliance for the nation.