Cladding-hit flat owners saw their fears play out when a fire occurred in a block of flats in south-east London – on the same day as the Building Safety Bill was being discussed in the House of Lords.

Twenty-five fire engines and around 120 firefighters attended the blaze in Deptford last week. The London Fire Brigade said no injuries were reported.

However, the fire was a stark reminder to cladding-hit victims about the potential dangers of living in a block of flats where fire can spread quickly – particularly if it has unsafe cladding or missing fire breaks.

Lucy Brown, who lives near the block of flats that caught fire, claimed that it was the ‘third serious fire within three miles of her home in as many months’.

‘All of the buildings had major fire defects,’ she said. ‘The third building was still burning as the Lords defeated some amendments to the Building Safety Bill that would have protected leaseholders from costs to make their mis-sold flats safe.’

Last week, the Lords agreed to changes to the Building Safety Bill that were made by the Commons on April 20 , reversing changes previously made by the Lords on March 29 and April 4.

The Lords also defeated a fresh attempt to restrict leaseholder contributions to non-cladding costs to no more than £250.

After going back and forth between the Commons and the Lords, the Bill is now an Act of Parliament.

In short, it means that leaseholders in affected buildings above 11 metres or with at least five storeys cannot be billed for cladding costs from the end of June this year – and protection is backdated to February 14 2022.

However, in reality, it may mean leaseholders still having to pay for some work. This is because so far, only around 40 developers have reached an agreement in principle with the Government to remediate fire safety critical defects on buildings built in the last 30 years.

But contractual terms to implement that promise are yet to be announced, explained Liam Spender, a trustee of the Leasehold Knowledge Partnership, and a senior associate at Velitor Law.

He said: ‘The Government’s solution is welcome but complicated. It will only succeed if developers do not draft the agreements in a way that lets them off the hook.

‘Managing agents and freeholders will be responsible for implementing some of the cost protections. They have a poor track record in following current service charge law. The Government needs to take a firm line against all the parties involved if it is to succeed.’ 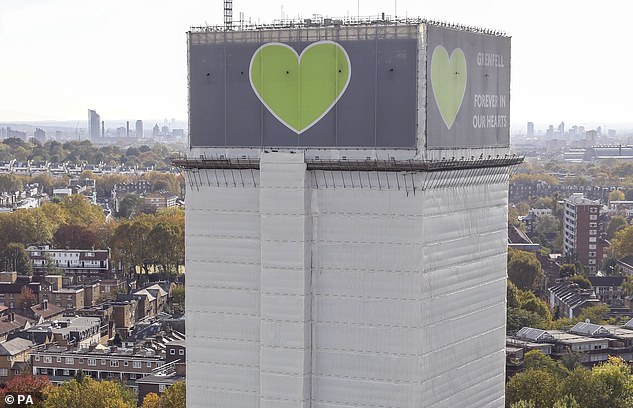 Since the Grenfell Tower fire in 2017, concerns about cladding have become a national issue

There is no help for people who have already paid, or who have flats in buildings under 11 metres tall. And there is also no help for anyone who owns more than three buy-to-let properties.

Leaseholders in flats worth less than £175,000 outside of London – and £325,000 inside of the capital – cannot be requested to pay anything for non-cladding costs.

Cladding-hit flat owner Steph Pike said: While some progress has been made in relation to who pays for fire safety remediation costs, most leaseholders are still living in potentially unsafe buildings that are no closer to being fixed.

‘We found out my building had issues over two years ago, yet we have no idea when, or if, it is going to be fixed. We are still stuck in limbo.

‘The recent fires in blocks of flats in London make me really concerned that, if these buildings are not fixed soon, it’s only a matter of time before another Grenfell occurs.’ 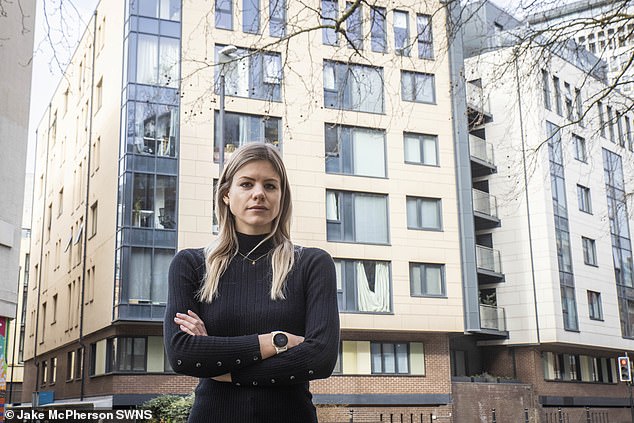 Leaseholder Steph Pike says the recent fires in London have made her concerned that, if these buildings are not fixed soon, it’s only a matter of time before another Grenfell occurs

And speaking last week, cladding-hit flat owner Natalie Carter said: ‘Yesterday’s fire raged on for almost 12 hours – that’s terrifying. At precisely the time the Lords were giving up the fight to protect leaseholders from all costs.

‘Are the Government genuinely going to wait until the next Grenfell before they act? Why are we still working out who pays while more and more fires destroy homes and threaten lives?’

A DLUHC spokesperson said: ‘The Building Safety Act, passed today, will for the first time legally protect leaseholders from the cost of making their buildings safe.

‘Leaseholders will be freed from unfair bills, as building owners will be prevented from passing costs onto them.

‘This is in addition to pledges made by over 35 of the UK’s biggest homebuilders to fix all buildings 11 metres-plus they have played a role in developing in the last 30 years.’