British firms worth £36billion have been sold off to private equity in a high-risk ‘pandemic plundering’ spree.

The Daily Mail can reveal today that 123 UK companies have been bought up by the predators since the outbreak of coronavirus, with 19 more deals worth nearly £16.6billion in the pipeline.

It means the value of private equity takeovers since the start of last year is set to hit a staggering £52.6billion.

Data firm Dealogic says the number of firms swallowed up in private equity deals last year is the highest since the financial crisis 13 years ago.

Household names to succumb range from Asda to the AA and even the owner of Butlin’s.

Data firm Dealogic says the number of firms swallowed up in private equity deals last year is the highest since the financial crisis 13 years ago. Picture: File image

The Mail today sets out the scale of the assault on British business and examines the risks it poses for jobs, pensions, taxpayers and the wider economy. Described by their critics as vulture capitalists, the private equity barons from the City and Wall Street have now made inroads into almost every field of commerce in this country.

Whilst some ventures have been successful and created employment and growth, their financing model relies heavily on debt – and critics argue that is inherently high risk.

Private equity has already bought up firms that employ around one million Britons, and their jobs and pensions could be in peril if the debt-fuelled buyout deals go sour.

The fear is that in the pandemic, business values are depressed – making companies particularly vulnerable to a takeover.

Baroness Altmann, a Tory peer and former pensions minister, said: ‘It’s really important that Government and businesses are on the lookout for pandemic plunderers.

‘Companies are in desperate trouble through no fault of their own because of Covid, and the risk is that some outside companies might take advantage of this to buy our precious assets at knockdown prices.’ 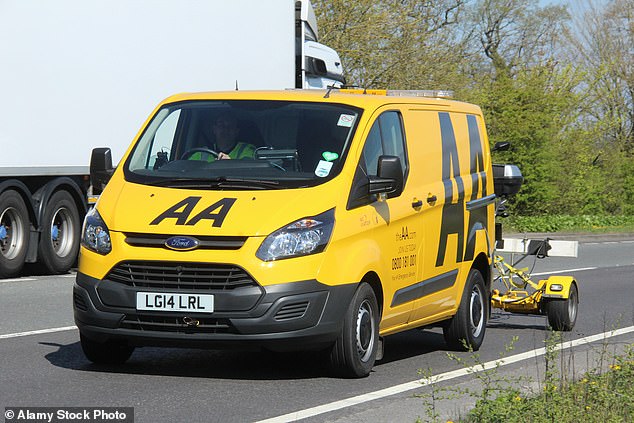 Household names to succumb range from Asda to the AA and even the owner of Butlin’s. Picture: File image

Dame Margaret Hodge, former chairman of the Commons public accounts committee, said private equity had ‘asset-stripped good businesses and loaded them up with debts’ in the past.

Justin Urquhart Stewart, a leading City investment manager said: ‘The concept of private equity is in theory perfectly sound, but it can be twisted to achieve less than desirable outcomes. There are private equity White Knights and Black Knights.

‘The latter are living off the opium of deal fees and inflated valuations. The key issue for me is their short-term attitude to investment which is just three years – or five if they get it wrong.

‘This past year we have seen the Black Knights pecking on cheap carrion which they can leverage up and flog off in short order.’

Despite the risks and possible harm to the fabric of economic life, there has been minimal scrutiny or debate over the huge private equity land-grab. 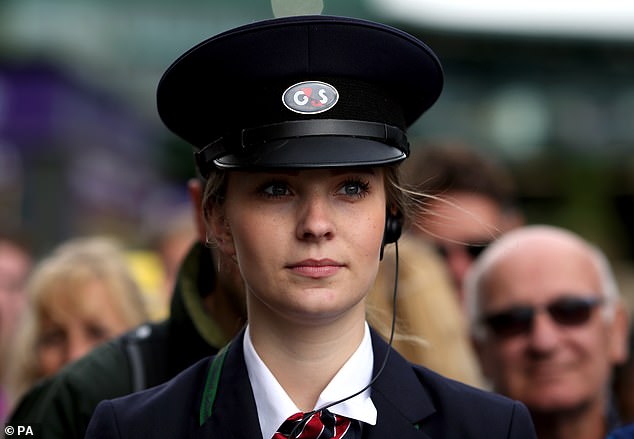 Whilst some ventures have been successful and created employment and growth, their financing model relies heavily on debt – and critics argue that is inherently high risk. Picture: File image

Private equity deals are typically financed by large amounts of debt and the aim is quickly to squeeze efficiencies so the target company can be sold on at a profit in three to five years.

Some, including shoe retailer Kurt Geiger and financial technology company Worldpay, have been a success.

But there has also been a string of high-profile disasters, with companies going bust, jobs axed and livelihoods destroyed.

The Treasury has also missed out on hundreds of millions of pounds of revenues due to lucrative tax breaks enjoyed by the private equity industry.

Experts said the collapse last year of store chain Debenhams was rooted in the crippling debts it piled up under a period of private equity ownership.

Security giant G4S is being sold for £3.8billion to Allied Universal, which is owned by a consortium including Warburg Pincus.

Earlier this month it emerged that infrastructure firm John Laing is on course to be sold to KKR for £2billion.

Roadside assistance firm the AA has also fallen into private equity ownership for the second time and is being sold to TowerBrook Capital and Warburg Pincus for £218million.

That is a far cry from the £1.4billion price tag it carried when floating on the London Stock Exchange in 2014 – indicating a huge loss of value and a pile of debt. 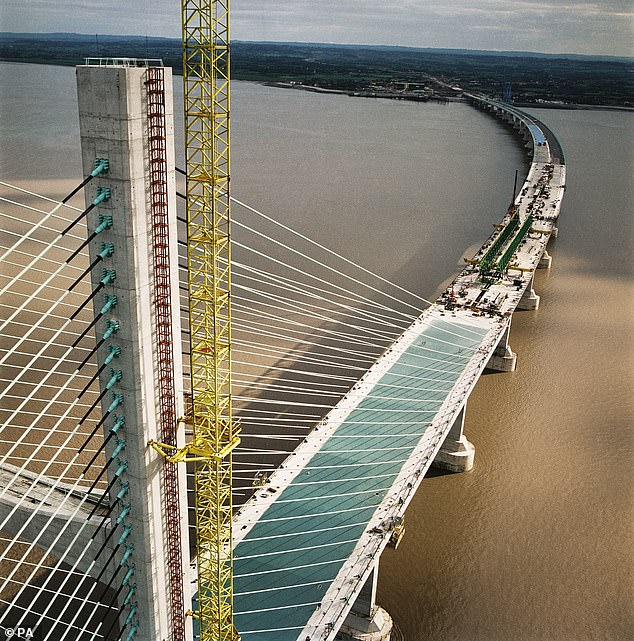 Earlier this month it emerged that infrastructure firm John Laing is on course to be sold to KKR for £2billion. Pictured: Second Severn bridge construction, conducted by John Laing

Asda was recently bought by private equity firm TDR Capital in conjunction with the billionaire brothers Mohsin and Zuber Issa, for £6.8billion. They claim they will run the business ‘over the next five years and beyond’.

Aggreko, a portable power firm, is being bought by I Squared Capital and TDR Capital for £2.3billion.

What is private equity?

Private equity firms buy up large stakes or gain control of businesses with the aim of disposing of them in a few years time at a handsome profit. They raise the capital to do so from investors – and the rewards can be massive.

When deals go wrong, private equity can still make fabulous sums if they sell out before things turn sour – even though their methods may have weakened the business.

How do they make their rich rewards?

The idea is to buy at a bargain price, improve performance and sell at a profit over a short time frame or float the company on the stock exchange. The fees that private equity firms charge investors are often hefty. 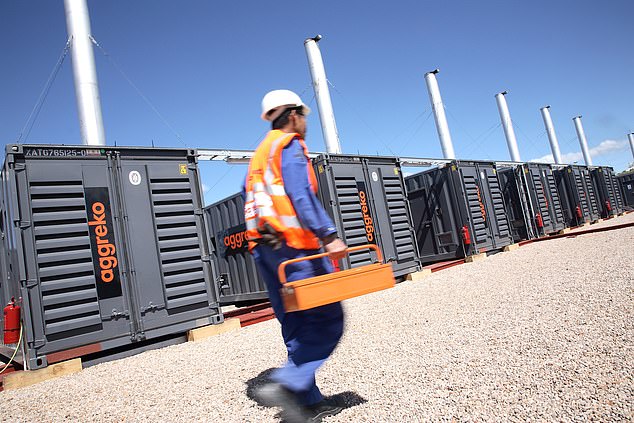 Aggreko, a portable power firm, is being bought by I Squared Capital and TDR Capital for £2.3billion. Picture: File image

Who are the big players?

They are little known. The larger British operators include Permira, CVC Capital Partners and Bridgepoint. Some major US private equity outfits such as TPG Capital and Blackstone exert huge power over British jobs and businesses.

Why do we know so little about how they operate?

Most private equity firms are owned by their founders and partners, and can operate at a lower level of scrutiny than companies that are publicly listed on a stock market. The latter have to provide regular accounts and other information – private equity operates behind closed doors.

Where do the firms source their money to make deals?

From pension funds, insurance companies and the occasional wealthy individual. They invest in a portfolio of companies and try to squeeze profits out of them to make a chunky return for their investors, and themselves.

Do they use a large amount of debt?

Yes – and this is key. Often they finance takeovers with borrowings that they load onto the company itself, so it ends up owing large amounts. There are tax advantages to using debt and it ramps up the returns to private equity, provided they can sell a company on at a profit.

But if things go wrong, high levels of debt magnify the damage. Companies bought in debt-laden private equity deals may be more likely to push down wages and cut investment, as well as having a higher risk of going bankrupt. Sometimes, private equity owners will pay themselves large dividends out of borrowed money.

Not always. Because of the way deals are structured, private equity owners can escape with large profits from companies that later turn into disasters. Examples include care home group Southern Cross and collapsed department store chain Debenhams. 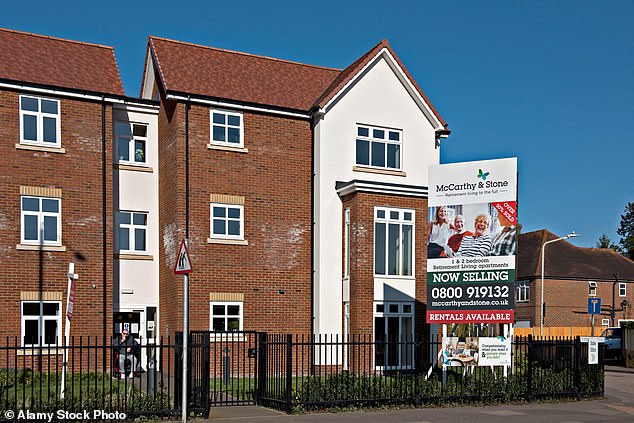 Do the firms qualify for tax breaks?

Yes. Some interest payments on debt are deductible against tax. And wealthy private equity barons benefit from big tax concessions, including on their ‘carry’, the personal payouts on deals. These can be taxed as capital gains rather than income, resulting in a lower rate.

Some private equity barons pay lower tax rates on chunks of their multi-million pound hauls than employees on £50,000 a year. A report by the University of Warwick and London Business School last year found that in 2017, £2.3billion of ‘carry’ was paid to 2,000 individuals. If all carried interest was taxed as income it would have raised an extra £440million for public spending.

How much do private equity barons earn?

Senior figures are multimillionaires if not billionaires, but information is usually under wraps, unlike with public companies. A few very large private equity firms are quoted on the US stock market – Stephen Schwarzman, boss of Blackstone, was handed £430million in dividends and pay last year.

Is anyone scrutinising the sector?

Not enough. Huge deals including the takeover of security group G4S for nearly £4billion by a smaller US private equity-backed rival were simply nodded through, even though the company employs 25,000 people in the UK, and has important contracts including running prisons and Covid test centres. It also guards Hinkley Point C nuclear power station in Somerset.