EXPRESS INFORMER > News & Politics > Fears for British tourist, 63, after he disappears while snorkelling with his wife in Bali

Fears for British tourist, 68, after he disappears while snorkelling with his wife in Bali

A search and rescue operation is currently underway for a British senior citizen who was swept out to sea while snorkelling with his wife in Bali yesterday afternoon.

The 68-year-old man went missing while snorkelling with his wife in the pristine waters of the Blue Lagoon Beach resort in the Karangasem Regency in Bali, Indonesia.

His panic-stricken wife, who also remains unnamed, informed local authorities of his disappearance around 5:30pm, an hour after she reportedly emerged from the beach’s indigo blue waters herself and began to wait for her husband’s return.

A search and rescue operation for the British national began a few hours later at 8:25pm, according to the coordinator of the Karangasem Search and Rescue Team Gusti Ngurah Eka Widnyana.

Rescue crews search for a 68-year-old British tourist in Karangasem, Bali, Indonesia, on Wednesday, Sept. 28, 2022. The victim departed with his wife to go snorkelling and she alerted authorities when her husband did not return to the beach 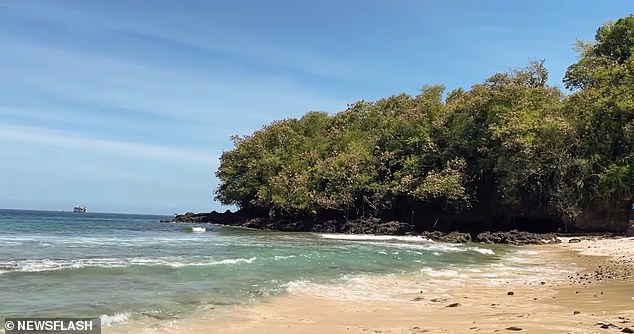 ‘The search for the victim is still being carried out by a joint team,’ Widnyana said this morning.

‘So far, the victim has not been found.’

Widnyana initially dispatched six rescue team members to the area in a speedboat to search for the elderly man.

Gede Darmada, the head of the Bali Basarnas government office, today told local media that the search area for the missing British national has since been divided into three sectors to increase the likelihood of finding the man.

He added: ‘Yesterday’s search yielded no results, and today the search and rescue operation began this morning.

Widnyana meanwhile said he hopes that the senior citizen will be found as soon as possible, while local media reports officials had encouraged snorkelers to be mindful of the ever-changing weather conditions in Bali.

The incident comes after 44-year-old Italian woman who miraculously survived being washed out to sea after being hit by a powerful wave at Klungkung Beach in Indonesia in June. 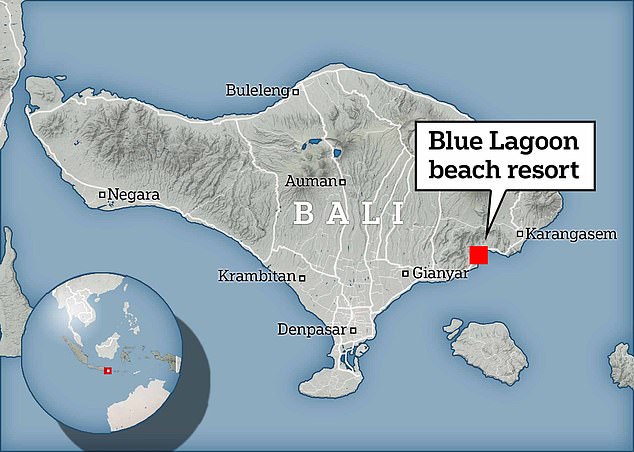 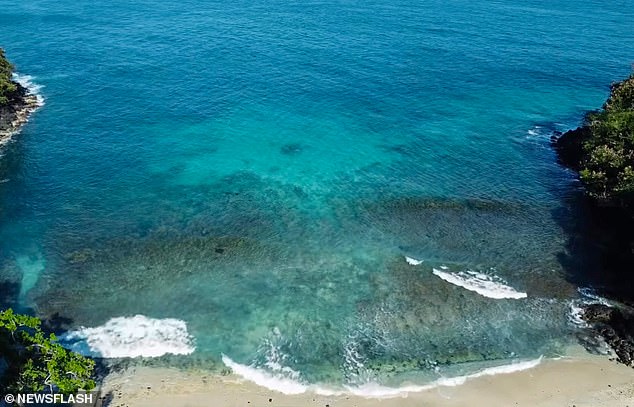 A search and rescue operation for the British national began around 8:25pm last night after his wife reported him missing earlier that afternoon

Tourism in Bali is returning following Covid-19, and foreign arrivals are expected to reach pre-pandemic levels of six million by 2025, the island’s tourism association said.

The island is now trying to attract more tourists and workers to its tropical shores by offering a more flexible visa, the country’s tourism minister said.

In recent years, some Asian holiday destinations have seen an influx of ‘digital nomads’, or long-stay visitors from overseas who combine travel and recreation with remote working.

Tourism Minster Sandiaga Uno said in a post on his Instagram account that digital nomads could now visit Indonesia and work for up to six months using a social-cultural visa.

‘I am increasingly convinced the number of foreign tourists who are interested in staying in Indonesia will increase and will automatically have an impact on economic revival,’ he said.