Lead in baby food, arsenic in fish and uranium mixed into cheese: FDA reveals which American meals could contain the most harmful chemicals

Many common American goods contain concentrations of elements that can be harmful to humans like arsenic, lead and uranium, the FDA reveals.

The Food and Drug Administration (FDA) revealed the results of its Total Diet Study (TDS) for 2018 to 2020, where dozens of regular food products were tested for prevalence of elements both harmful and beneficial.

Findings include the discovery of lead in ranch salad dressing and cadmium in potato products like chips and French fries.

Regulators have often warned of potential harmful chemicals in foods and it is known by many that they are present, but this is rare look into what foods in particular are carrying which types of contaminants.

Worryingly, baby food products included in the sample were among the most dangerous with half being found to contain a type of dangerous metal. 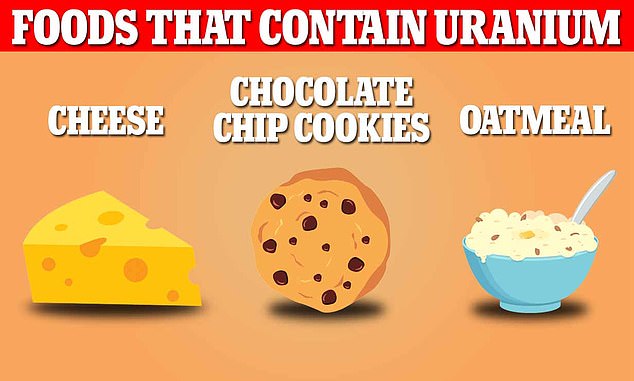 This is the second edition of the TDS, with the first having gathered food samples from 1991 to 2017.

The FDA did not disclose what brands of products were included in the their samples.

The 25 different elements tested for included some that are normal – if not healthy – for human consumption like calcium, iron and potassium.

Some compounds screened are deemed to be unsafe for humans at significant levels, like arsenic, lead and uranium.

Lead may be the chemical whose dangers Americans are most familiar with. Once commonplace in household goods, the dangerous long-term effects of lead have been highly publicized.

Exposure to the element cause cause brain and kidney damage, anemia and general weakness according to the Centers for Disease Control and Prevention (CDC).

Worryingly, lead was found to be a contaminant in two baby products, sweet potato food and in teething biscuits.

The element is especially dangerous at a young age as it harms brain development – and can permanently cause a significant loss in IQ points.

Uranium was found on some baby foods as well, including teething biscuits and oatmeal cereal.

The cancer-causing chemicals most often associated with the development of nuclear weapons is also found in American cheese and even some honey flavored cereals. 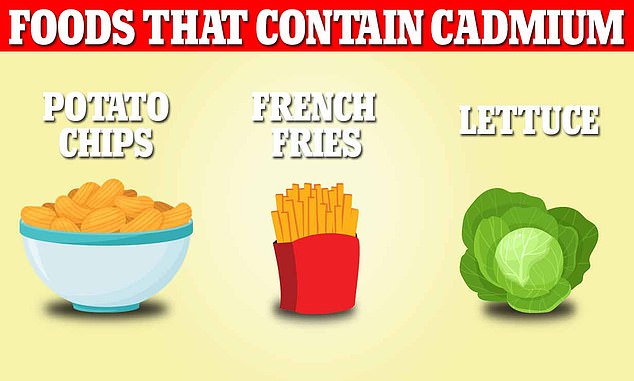 Cadmium is another highly dangerous, potentially cancer-causing chemical found in many foods.

The element is often found in soil, and small amounts of exposure through out a person’s life can cause organ damage and increase their risk of developing cancer.

It was found in potato products like chip and French fries and leafy greens like lettuce and spinach.

Two different dangerous chemicals were found to be prevalent in fish products mercury and arsenic. 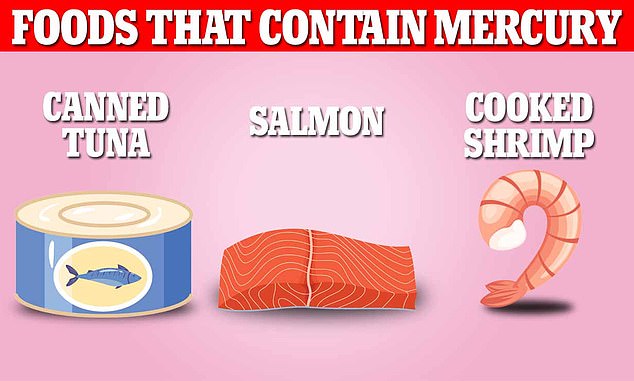 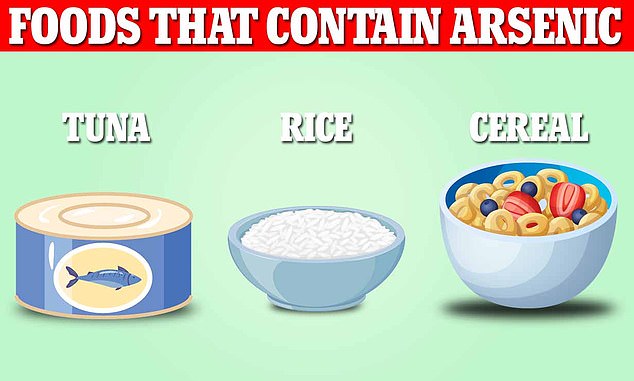 While the link between mercury and foods like canned tuna, baked cod, salmon and shrimp may not be a surprise to many, prevalence of arsenic may be.

The chemical is tied to lung and skin cancers. It was also found in baby foods, like dry rice cereal, puffed snacks and mixed cereal – along with canned tuna, baked cod, baked salmon and pre-cooked shrimp.

Results of the study were not all bad though. Calcium – a crucial vitamin for bone development in children – is found in nearly all of the foods tested and baby teething biscuits and mixed cereal were among those which had the most prevalence.