Will it ever end? FDA panel set to discuss whether Americans need an Omicron-specific booster shot – even after agency approved FOURTH doses of Covid vaccine for the most vulnerable: Daily cases and deaths steady over past week

Yet another COVID-19 booster shot could be added to America’s arsenal soon, as a leading Food and Drug Administration (FDA) advisory panel is set to meet Tuesday to discuss the merits of additional jabs tailored to the Omicron variant.

The Vaccines and Related Biological Products Advisory Committee (VRBPAC), a panel of independent experts that advise the FDA on matters related to vaccines, is set to meet to discuss whether Americans will need another booster dose this fall tailored to the highly infectious, vaccine-resistant, strain that stormed the world at the end of last year.

Approval would mean a fourth short for the general population, and a fifth for Americans over the age of 50 and for those who are immunocompromised. Even as demand for the shots has declined in recent months and the population becomes less worried about the pandemic overall.

America’s Covid situation has settled as well, remaining steady at just over 100,000 cases and 300 deaths per day for over two weeks. 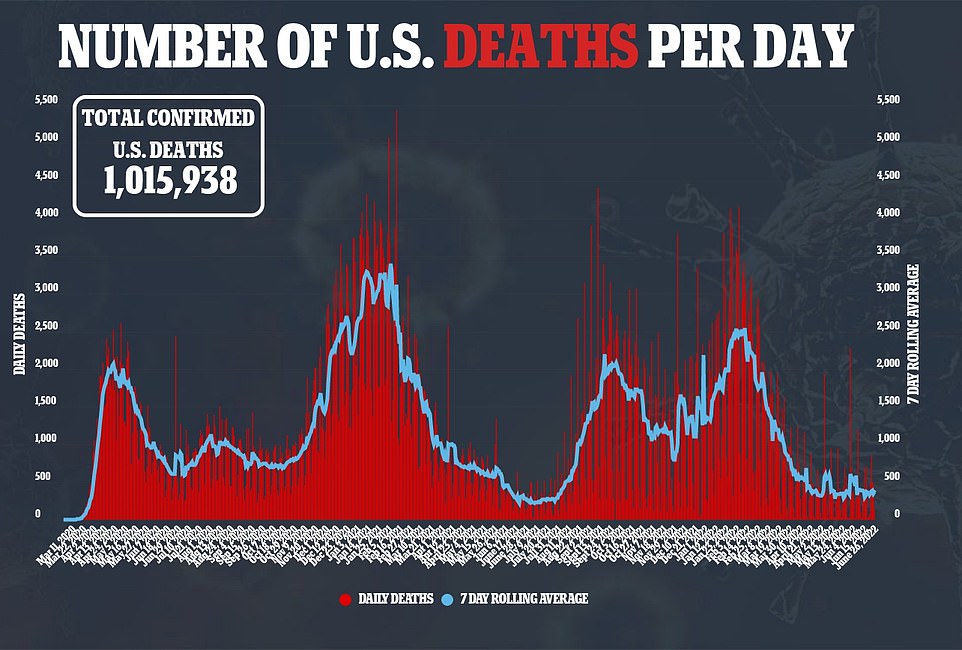 In preparation for Tuesday’s meeting, Pfizer unveiled data on Saturday showing its updated vaccine’s effectiveness against the highly infectious strain of the virus.

Data included over 1,200 people who has already received both the original two-dose vaccine series and a booster shot.

The trial found a significant increased in Omicron-effective antibodies in participants. Moderna, Pfizer’s largest competitor in the rollout of the shots revealed similar data for its Omicron-specific shots earlier this month as well.

‘The data show the ability of our monovalent and bivalent Omicron-adapted vaccine candidates to significantly improve variant-specific antibody neutralization responses,’ Dr Ugur Sahin, CEO and Co-founder of BioNTech – a German firm which partnered with Pfizer in the development and manufacturing of the shots.

‘Omicron has newly evolving sublineages that have outcompeted BA.1 and exhibit a trend of increasing potential for immune escape.’

These shots were long sought after in January, when the then-new strain was causing up to 800,000 new cases per day as mutations on its spike protein allowed it to bypass vaccine immunity.

In the time since, though, experts have realized that while the variant may be more transmissible it is also more mild than its predecessors.

This has led to plummeting demand for the additional shots, though, and declining worry about the pandemic from the general population. 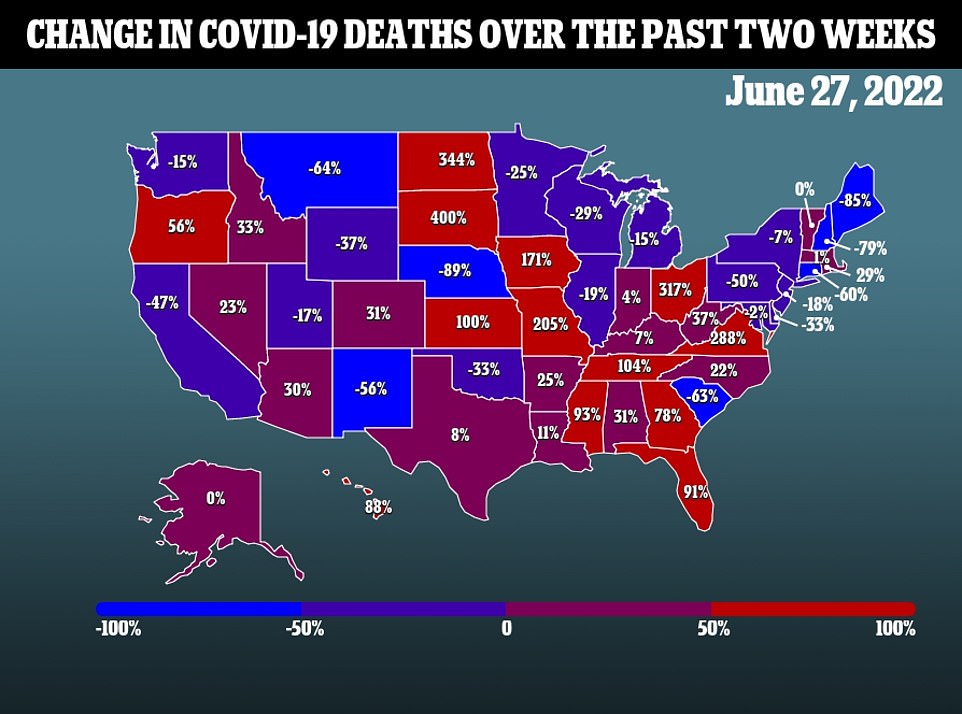 A May Gallup poll  found that only 31 percent of Americans report being either ‘somewhat worried’ or ‘very worried’ about catching COVID-19.

The study also found that 64 percent of Americans believed that the pandemic was ‘getting better’. At the time of the survey, cases had just dropped below 30,000 per day, making it one of the lowest points since the start of the pandemic in March 2020. 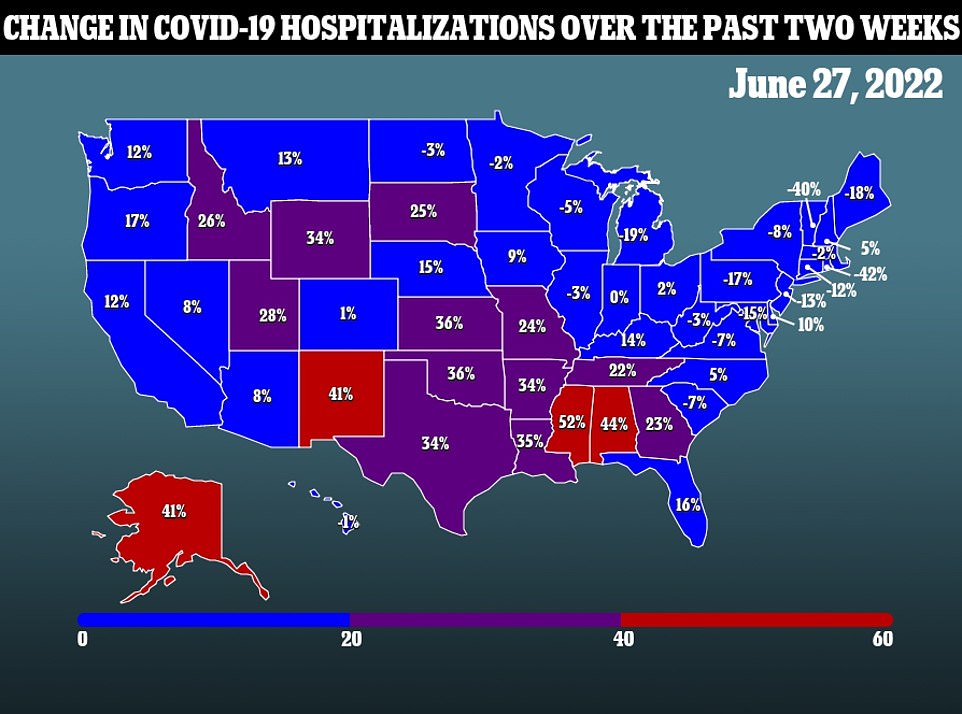 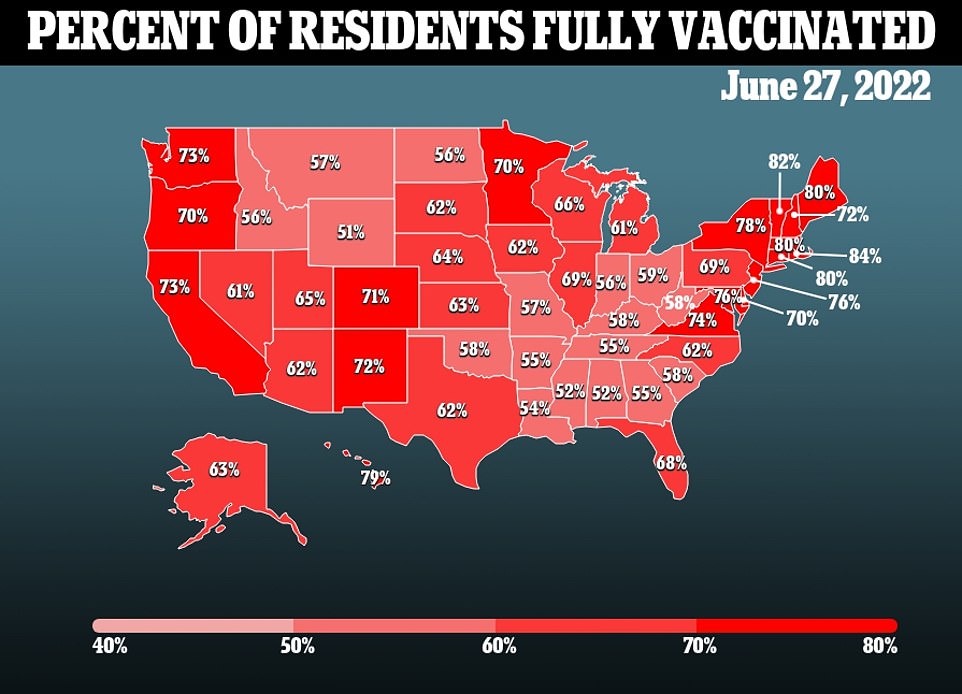 These good feelings have led to some changes in behavior as well. Only 17 percent of Americans reported that they were still social distancing, the lowest point of the pandemic so far. Just under a third of Americans said they have avoided large crowds, a fifth reported avoiding public places and just 15 percent avoided small gatherings.

Despite shifts in social distancing, Americans seem to be clinging on to masks. The poll found that half of Americans still wear a face mask in public places. While the 50 percent figure is also a pandemic low, it is significantly higher than the number of people reporting they are still worried about the virus.