The Food and Drug Administration (FDA) has issued a warning to online-retail giant Amazon for selling potentially dangerous supplements.

Three products sold to treat joint pain and marketed towards the Latino community were found to have undeclared active ingredients that can cause severe heart issues.

The FDA warns the ingredient can put users at risk of heart attack, stroke, internal bleeding, stomach issues and perforation of the stomach and intestines.

It was first discovered that the products contained the NSAID in January, with the FDA issuing a warning to consumers to avoid the products.

It is the second time in recent months Amazon has drawn regulators’ ire. In August, it was warned for selling unapproved skin products. 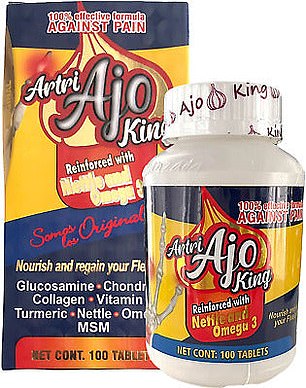 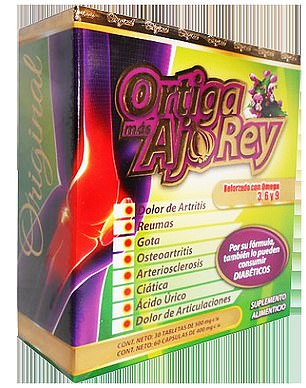 They include common over-the-counter drugs like aspirin, Advil and Aleve.

They work by blocking chemicals in the body that cause inflammation and pain from slow tissue damage, decreasing symptoms of arthritis.

NSAIDs are also effective against symptoms caused by a fever, though they are not recommended to be used for more than three days.

They are fast acting, working within hours in some cases.

These drugs come with some risks, though, including an increased chance of suffering a heart attack or stroke for repeat users.

They are not to be used alongside blood thinners or other medication that affect the heart or blood flow.

‘As discussed below, your firm is responsible for introducing, delivering, or causing the introduction or delivery into interstate commerce of these products, which are unapproved new drugs,’ the letter reads.

‘…introducing or delivering these products for introduction into interstate commerce is prohibited.’

The FDA has approved diclofenac as a drug to treat arthritis, migraines and other body pains.

The arthritis drug Voltaren, manufactured by pharma giant GlaxoSmithKline, is the most common branded version.

It is tightly controlled and its use in the US is heavily regulated because of its potential dangers.

‘NSAIDs may cause increased risk of cardiovascular events, such as heart attack and stroke, as well as serious gastrointestinal damage, including bleeding, ulceration, and fatal perforation of the stomach and intestines,’ the FDA writes.

‘The undeclared diclofenac ingredient in [the three products] may also interact with other medications and significantly increase the risk of adverse events, particularly when consumers use multiple NSAID-containing products.’

The FDA first became aware of the NSAID’s presence in the supplements after it performed lab testing in January.

It notes that the sample it tested was purchased directly from Amazon.

In June, Latin Foods Market – which manufactures the products – issued a nationwide recall of some lots of the drug.

Products remained on some markets though, and Amazon allowed their sale to continue, breaking FDA rules.

‘You are responsible for investigating and determining the causes of any violations and for preventing their recurrence or the occurrence of other violations,’ the FDA warned Mr Jassy

‘It is your responsibility to ensure that your firm complies with all requirements of federal law, including FDA regulations.’