Father-of-three, 36, and his best friend filmed themselves slitting teenager’s throat after luring him to meeting on promise of offering him a job – as both are jailed for nine years

A father-of-three who filmed his best friend slitting a teenager’s throat before they left him for dead in a ‘happy slap-style’ ambush has been jailed for nine and a half years.

Delivery driver Luke Wilson, 36, used his mobile phone to record Nathan Kelso slashing 18-yer old Adam Scott’s neck after they lured the victim to a meeting on the pretext of them offering the youngster odd jobs.

The pair then fled the scene leaving Adam to stagger away with blood pouring from his wounds to his home in a nearby apartment block.

He was rushed to hospital with a six-inch wound stretching from his ear lobe across his cheek towards his neck but he survived his ordeal. He was too scared to name his attackers.

Adam told a police officer: ‘I’ve been set up, I was called out to go and do some work and was walking towards a parking space when I got pushed from behind and I thought I was going to get battered.

‘A man threatened to kill me, called me a ‘grass’ and another man filmed it. I thought I was going to die.’ 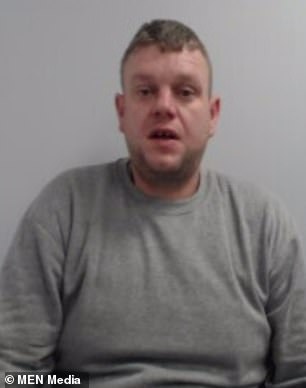 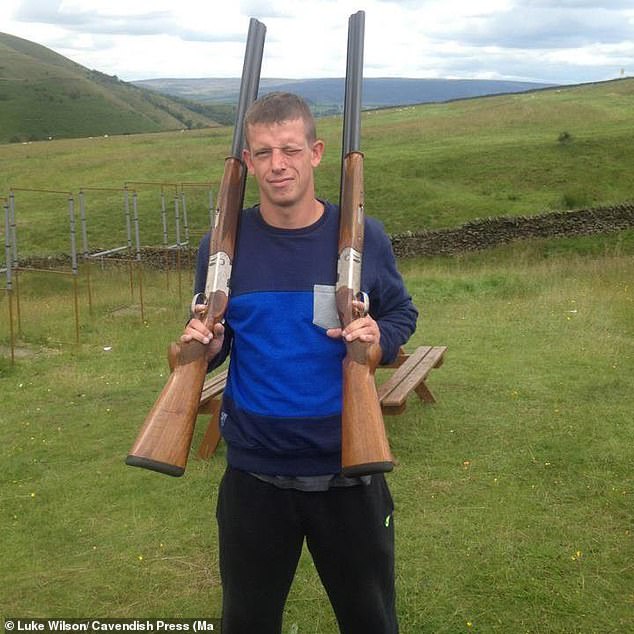 It showed the pair in Wilson’s white transit van making their way to and from the vicinity in the moments either side of the attack.

Further CCTV footage showed both men cleaning the van with a mop and bucket.

Wilson’s phone was seized and although evidence was found that the camera had been activated, no film was recovered.

Several patches of the victim’s blood were found on the doors of the van.

At Manchester Crown Court the two men both from Brinnington, Stockport, admitted causing grievous bodily harm with intent after their not guilty pleas to attempted murder were accepted. Kelso was also jailed for nine and a half years.

In mitigation Wilson’s lawyer Richard Vardon said: ‘He is a family man has never served a custodial sentence. 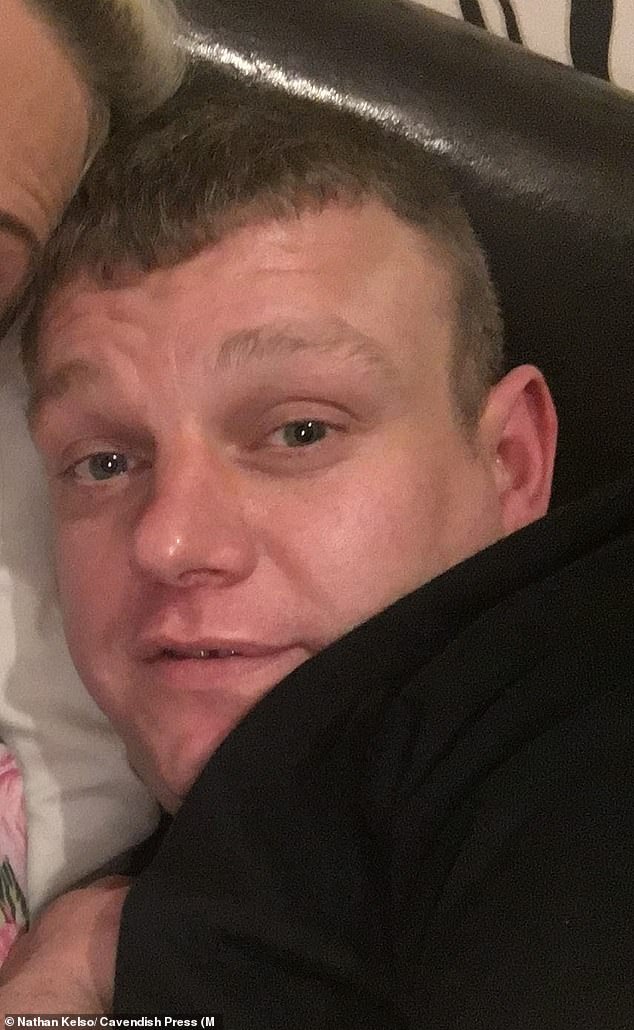 ‘He accepts and understands he was jointly involved in this offence but he didn’t necessarily see the level of violence and injuries that resulted.

‘He essentially played a passive role in this offence – he is genuinely remorseful.’

Kelso’s lawyer Richard Orme told the court: ‘This was a tragic incident and it is unlikely to ever be repeated again.

‘He is a family man with a good work ethic. He is a father-of-three and a good father.

‘He had been in full time employment as an HGV lorry driver for the coal industry. He is a hard-working, family man and whatever the catalyst for this offence was it is unlikely to ever be repeated and he is remorseful for what he has done.’

Sentencing Judge Nicholas Dean QC told the two men: ‘Your victim had the impression he was attacked for being a ‘grass’- this attack was planned, deliberate and thought through.

‘Whatever the reason for the attack this case is particularly serious. It is clear there is another side to you both and you are capable of leading perfectly law-abiding lives, but it is very fortunate for both of you that none of your victim’s blood vessels were compromised. Had they been there is no doubt he would have died at the scene.

‘This wound is of a seriousness that is rarely seen in these courts and must have left your victim with permanent scarring and psychological harm.’ 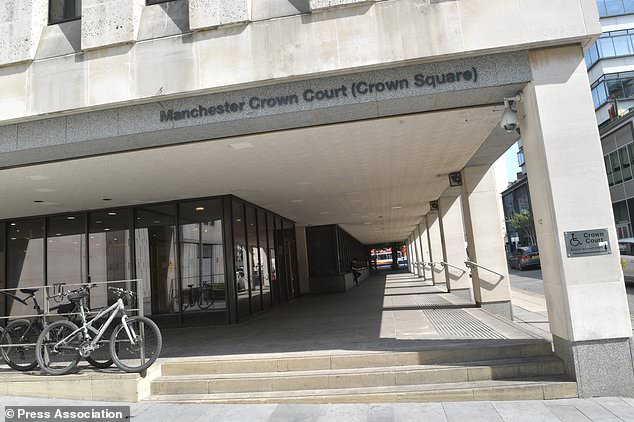 After the case Det Con Edward Hooley, of Greater Manchester Police said: ‘This significant result brings two dangerous members of organised crime to justice for the savage attack on a vulnerable and defenceless man.

‘Such is the fear and intimidation used by Kelso and Wilson, the victim was too afraid to assist with this investigation and so we have pursued with this as a victimless prosecution.

‘I hope that this sends out a clear message to those who think they can intimidate their way out of prosecutions.’

Wilson’s wife Lisa, 35, faced a charge of assisting an offender but the prosecution offered no evidence against her.