Father-of-eight dies of coronavirus aged just 34 after believing he had recovered from the killer infection as well-wishers raise more than £90,000 for his devastated family

A father-of-eight has died unexpectedly after it looked as though he was recovering from the coronavirus.

Construction worker Nicu Urzica, who was only 34 and lived in London, was set to be discharged from hospital when he took a turn for the worst.

Now his wife Lidia and eight young children, aged between six months and 12, are facing life without him.

To date generous well-wishers have raised over £90,000 for his devastated young family.

Construction worker Nicu Urzica, (pictured) who was only 34 and lived in London was set to be discharged from hospital when he took a turn for the worst

Mr Urzica who was from Transylvania in Romania, had spent 10 days in hospital after he came down with symptoms that he initially thought were caused by a cold.

He had spent a week at home for ‘the cold’ and had returned to work but after two days he became ill again and felt like he couldn’t breathe. 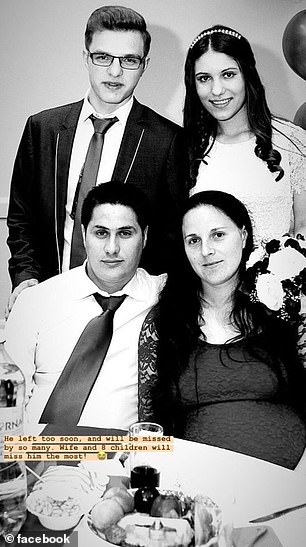 According to Mr Urzica’s brother, Ianis, who spoke to Obiectiv, he was put on oxygen and admitted to intensive care in a serious condition.

Ianis said: ‘After a week in ICU he was moved to a [different] ward and they were even discussing a discharge, when suddenly the situation changed.

‘His condition worsened. It seems he suffered some blood clots.’

Mr Urzica died on April 11 after suffering a heart attack, Ioan Pavel, the mayor of his home town, told Realitatea.

His family is trying to bring his body home while planning a funeral in Romania.

The father-of-eight was a devote church goer and a GoFundMe page has been set up by the Romanian Pentecostal Church Emanuel in Edgware, north-west London. 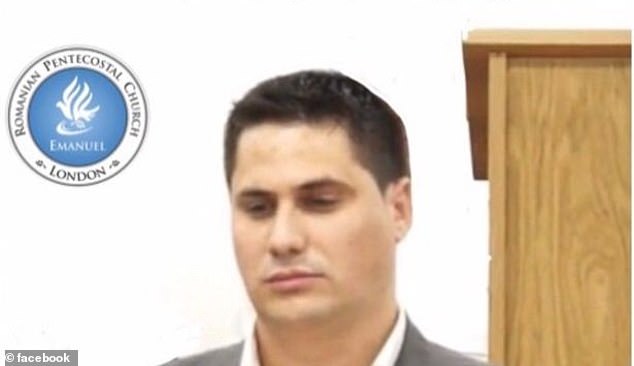 The father-of-eight was a devote church goer and a GoFundMe page has been set up by the Romanian Pentecostal Church Emanuel in Edgware, north-west London

‘We want this money to be a help to the funeral of brother Nicu as well as to sister Lidia and the eight orphaned children left behind by their father.

‘Brother Nicu Urzica served as a singer in the groups and choirs of Emanuel Church, being a devoted brother to the works of the Lord and his family.

‘Please donate to this family. Lidia and their eight children need your help in this difficult time.’

The number of UK coronavirus cases currently stand at 98,476. The death toll on Wednesday reached 12,868.