By Brett Lackey and Olivia Day For Daily Mail Australia

The father of a boy who went missing after having a ‘bad day’ at school has been arrested after police allegedly discovered a drug lab in his home.

The boy was found safe and well on Thursday morning after he vanished Wednesday afternoon in Sydney’s Hills District and spent a night in icy 4C temperatures.

But when officers went to give his 28-year-old Dad the good news about 10.40am they allegedly found a locked room in his house which contained a hydroponic setup.

The father was arrested and remains in custody but it is understood no charges have been laid as yet.

His son was found after a member of the public spotted the 11-year-old walking along Annangrove Road near Joylyn Road just before 9:30am.

The boy was cold after spending the night outside but appeared to be healthy and he was being assisted by police and provided with food.

‘He was assessed at the scene by NSW Ambulance paramedics and despite being out in the cold all night, he had no visible injuries,’ police said.

The schoolboy was taken to hospital for further assessment with arrangements made to reunite him with his family.

It’s understood the boy had a particularly ‘bad day at school’ on Wednesday before he disappeared.

The 11-year-old had not been seen since a last sighting walking along Annangrove Road towards Rouse Hill in Sydney’s north-west at 4.45pm on Wednesday, almost two hours after he got off the school bus on that same road.

Officers along with 15 SES members and PolAir conducted an extensive search of the area on Wednesday night, as temperatures plummeted to just four degrees.

A multi-agency search began at 8am on Thursday with local police, Police Rescue Squad, PolAir and SES members to continue scouring the area for clues.

Superintendent Darrin Batchelor said police were alerted by the boy’s distressed parents who got in contact when their son failed to come home on Wednesday afternoon.

‘His family are extremely distressed, particularly as the temperatures overnight have been quite cold,’ he told reporters on Thursday morning.

‘They’ve had a really rough night and have been out looking overnight.’

There were a ‘high number’ of sightings reported to Crime Stoppers but were likely other students commuting to and from school.

Police checked they boy’s public transport Opal card details to piece together his movements and contacted his extended family and friends.

A geo-text was sent to local residents in the region on Wednesday.

Police reassured the community the message was not a scam and pleaded for any information on the boy’s whereabouts.

He is described as being of Aboriginal/Torres Strait Islander appearance and about 120 centimetres tall, with a slim build, short brown hair and brown eyes. 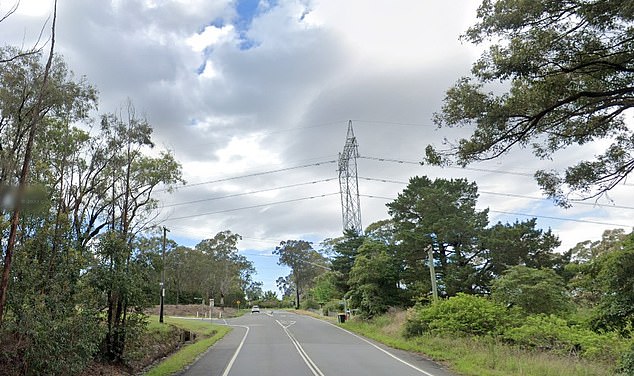 He got off the school bus on Annangrove Road about 3pm, he was wearing a black and white jacket and carrying a large black backpack