EXPRESS INFORMER > News & Politics > Father and son who paid their employees than 50p an hour must pay back £80,000

A father and son who flaunted their luxury cars and expensive jewellery while their enslaved employees were paid less than 50p an hour have been ordered to pay back almost £80,000.

Petr Makula and his son Mario brought in homeless and alcoholic men from the Czech Republic and Slovakia to the UK with the promise of a better life.

They were keeping 19 slaves at a time in a four-bedroom home in Dover, Kent and paying them £5 a week.

The house had limited access to central heating or hot water and its inhabitants were given virtually no money to spend, with one worker estimated to be on a living wage of less than 50p an hour.

The Czech pair set up their own recruitment agency to provide workers to a tile factory in nearby Lydd and a hand car wash, but pocketed the lion’s share of the wages themselves.

Many of the victims were vulnerable and living on the streets when they were targeted and taken advantage of stretching back to 2007.

Petr, 50 told his victims he couldn’t pay them because his business was in trouble – but is thought to have made around £1million from the trafficking plot.

Son Mario was pictured in expensive jewellery on social media and driving around in supercars, while his father enjoyed lavish trips to Dubai.

Meanwhile the exploited men worked up to 36 hours straight and were not given days off, sometimes for years on end. 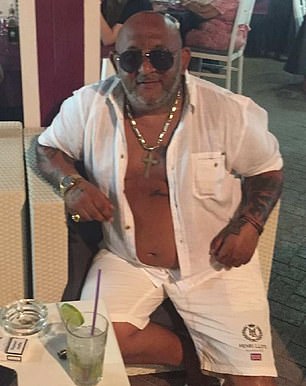 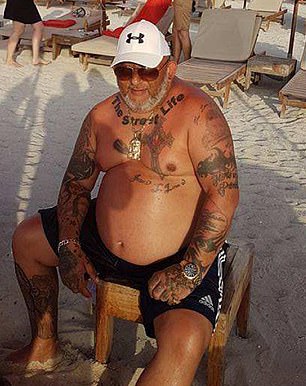 They also had to share a food budget of just £100 a week which would only stretch to one basic meal per day that usually consisted of pasta or potatoes with sauce.

The cost of accommodation was also taken out of their wages, with the living wage of one worker calculated as being less than 50p an hour.

Anyone who spoke out against the conditions was beaten or humiliated by the older man, prosecutors said.

The pair were jailed in July last year after being found guilty of multiple offences relating to human trafficking and modern slavery.

A judge at Canterbury Crown Court, Kent has now ordered £73,608 is confiscated from Mario and a further £4,739 from Mario.

An investigation into their assets carried out under the Proceeds of Crime Act found Petr earned just over £1million from the slavery scheme while Mario is estimated at making £218,731 . 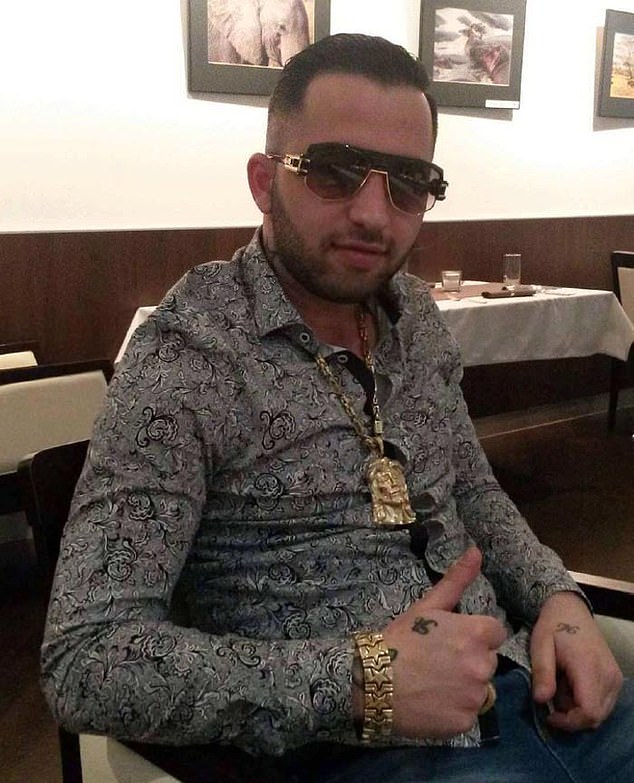 Any further assets obtained by either man in the future can also be confiscated up to these values.

Petr ran his own employment agency named Kladrom and was sub-contracted by a Romney Marsh-based company to recruit people to work in its factory – but most of the money intended for his workforce was instead spent on himself and his family.

Detectives from the Kent and Essex Serious Crime Directorate launched an investigation in January 2018 when an ex-employee came forward to report what had happened to him.

The pair, of Dover, were soon arrested and charged.

A large number of exploited workers were then identified by officers dating back to 2007, and eight gave evidence against the Makula family during their trial.

During the trial the jury were shown images taken from the Makulas’ social media accounts, which showed Mario wearing heavy gold chains and posing in front of a number of expensive cars.

His father was pictured on holiday in Dubai, despite claiming he could not afford to pay his workers because his business was in trouble.

A jury found the pair guilty of numerous charges relating to human trafficking and modern slavery at Canterbury Crown Court. 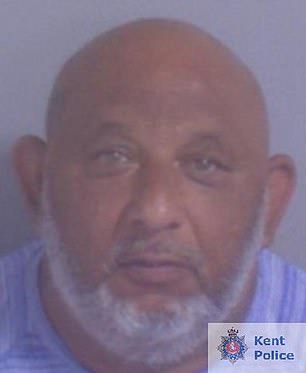 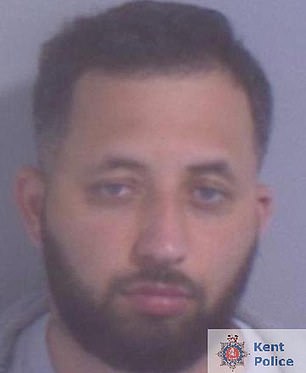 The father and son  who had been exploiting workers since 2007, have been ordered to pay back £80,000

Detective Inspector Annie Clayton of the Kent and Essex Serious Crime Directorate said: ‘Petr and Mario Makula withheld the wages of their enslaved workers so it is only right that the money confiscated from them is now returned to the victims in compensation.

‘They were forced to carry out backbreaking work in exchange for virtually no money and terrible living conditions, so it would be unacceptable for the Makulas to continue to have access to their illegally-earned finances after they are eventually released from prison.

‘This is yet another great example of how the Proceeds of Crime Act is regularly used to ensure criminals are left under no illusion that crime does not pay in the long run.’

Senior investigating officer Detective Inspector James Derham said after the pair were sentenced: ‘Petr and Mario Makula made no secret of the fact that they were living the high life, posting images of themselves on social media while flaunting the proceeds of their crimes.

‘What was less obvious was the harm they were causing to their workers who were forced to endure horrendous living conditions with virtually no money to spend on themselves.

‘They spared little if any thought for anyone else’s welfare while they benefited from the misery of others, and are now quite rightly in prison.’