Doctor gives HIMSELF an endoscopy… and records it! Grim clip shows medic gagging as he shoves tube with camera down his throat so he can see inside of his stomach

By Hannah Mcdonald For Mailonline

A brave doctor decided to perform an endoscopy on himself — all in the name of science.

And, bizarrely, Dr Nitin Joshi even decided to video the notoriously uncomfortable procedure.

Grim footage showed him repeatedly gagging as he carefully poked the thin, black tube down his throat to look inside his stomach.

Cameras attached to the end of the flexible tube also captured its journey down his oesophagus, with a live-stream displayed on a screen behind him.

At one point, Dr Joshi, from India, even gets his eyes wiped by a fellow medic. 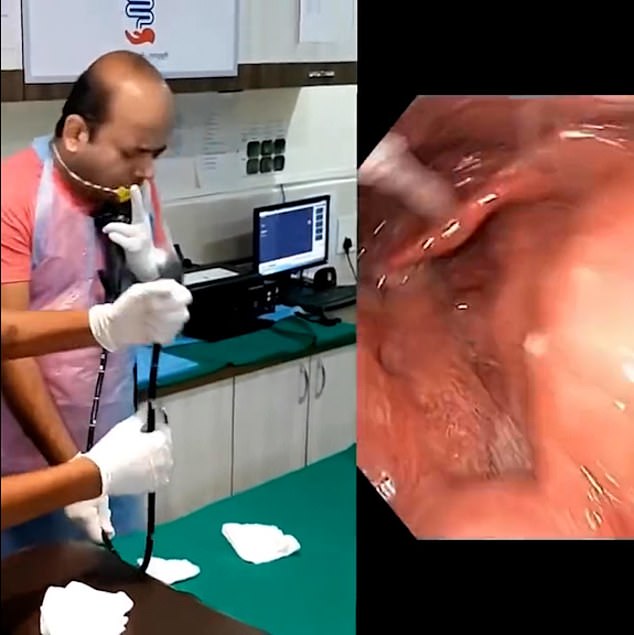 And he gags again when he pulls the tube — thought to be at least a metre long — out.

Dr Joshi, whose old footage was reposted on Twitter on Sunday, wanted to show that the procedure could be carried out without sedation.

The most common type of endoscopy is a colonoscopy, where a tube is fed through your rectum to check your bowels.

A gastroscopy sees the tube put down the oesophagus. It is used to diagnose and sometimes treat conditions that affect the upper part of the digestive system, such as ulcers or cancer. 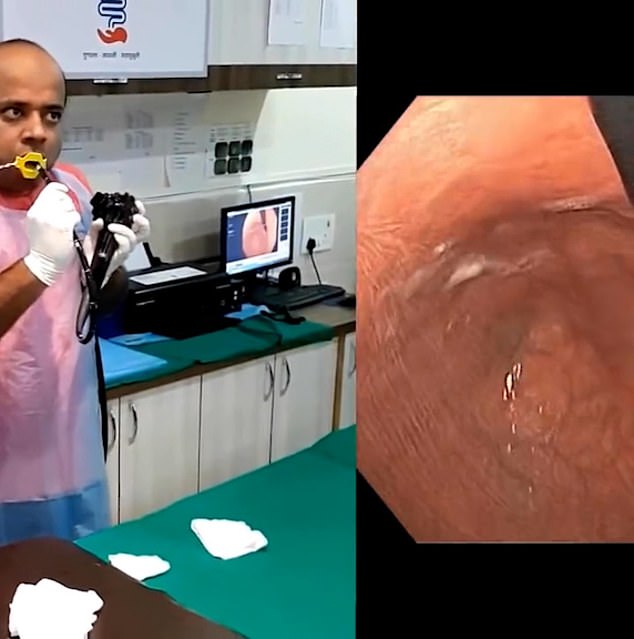 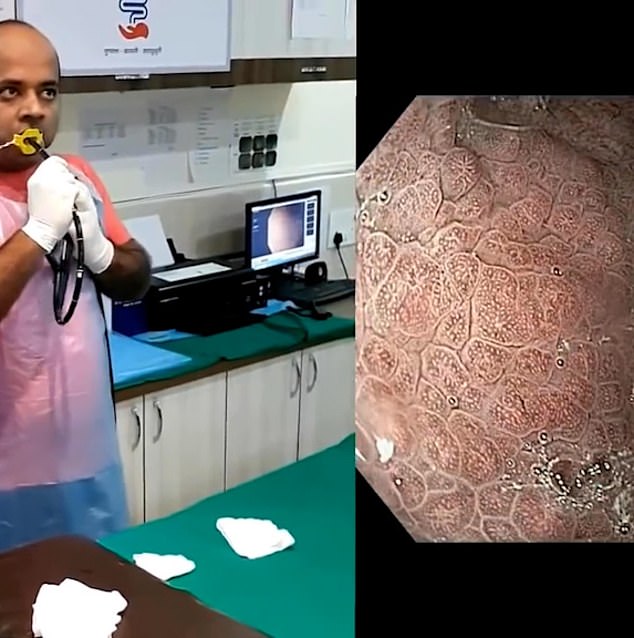 Dr Joshi’s stomach-churning footage, originally recorded four years ago, begins with him putting a yellow device with a hole in it between his lips so that the tube can be inserted through it.

The clip then shows it slowly moving down his food pipe.

Another medic, thought to be from the same Galaxy Hospital in Nanded wipes away what looks like a tear from Dr Joshi’s face midway through.

Dr Joshi then gags again and appears to be in pain as he removes the scope with the help of the other medic.

The caption on the video says: ‘This is probably for the first time in India that a self-assessment upper GI endoscopy (OGD) has been performed by a gastroenterologist on himself. 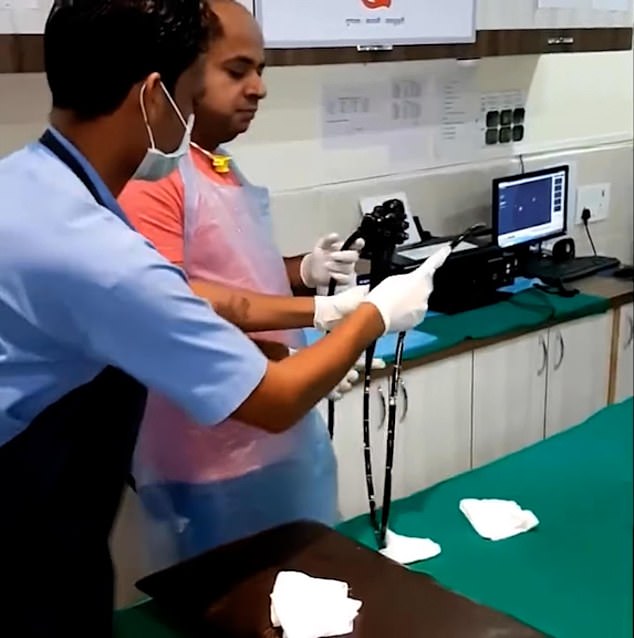 ‘The aim of this experiment and experience was to assess the pain and suffering of patients who undergo endoscopy without sedation or short GA.

‘Secondly, to improve upon the skills and maneuvering of endoscope during the procedure.’

The video was shared to Twitter by Dr Keith Siau, a gastroenterologist in Cornwall.

People were quick to comment their disgust and fascination at the video, with one saying the clip was ‘purely horrifying’.

Another commented: ‘I have so many questions…not the least of which are “Why?” and “What bet did he lose?”’

In response to one person saying ‘Erm I suppose that’s one way to kill some time between patient appointments’, Dr Siau replied: ‘One way to cut down the waiting list.’