Fans go wild for Israel Adesanya’s iconic walkout as he pays homage to WWE star The Undertaker at UFC 276 and even carries an urn to the octagon!

Fans have taken to social media to praise Israel Adesanya for his ring walk ahead of Saturday night’s clash with Jared Cannonier at UFC 276.

The 32-year-old pound-for-pound contender used The Undertaker’s theme song as he walked to the octagon holding an urn with Cannonier’s name on it.

Fans described his ring walk as ‘the greatest in history’ and referred to Adesanya as ‘legendary’. However, some supporters felt the act was ‘disrespectful’.

The Undertaker made his WWE debut in 1990 and went on to win seven world championships as well as the 2007 Royal Rumble Match.

The WWE legend is known for his iconic ring walk and inspired Adesanya ahead of his fight against Cannonier.

The UFC star paid homage to The Undertaker when walking to the octagon on Saturday night and even held an urn with his opponent’s name on. 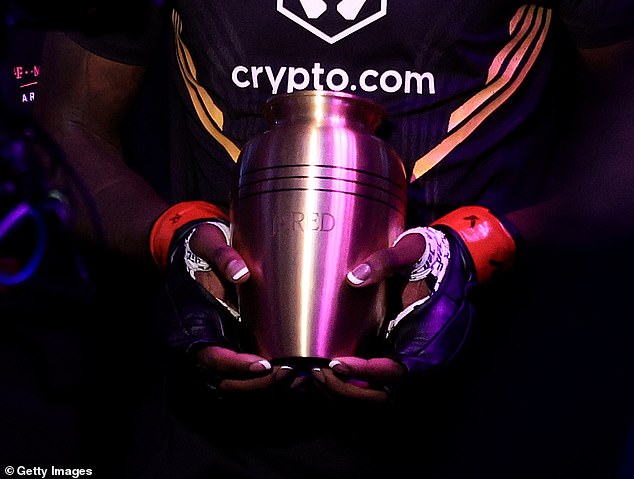 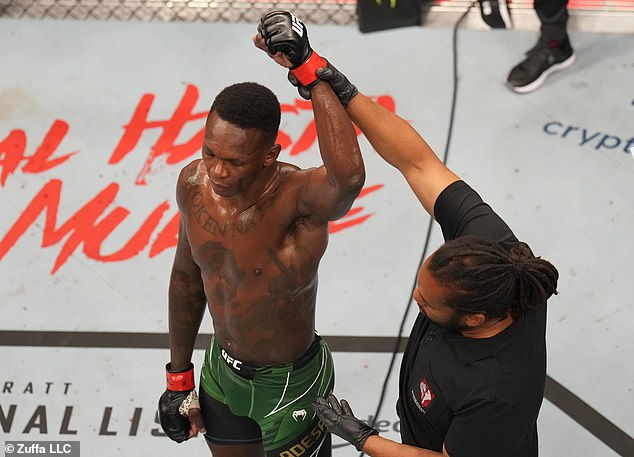 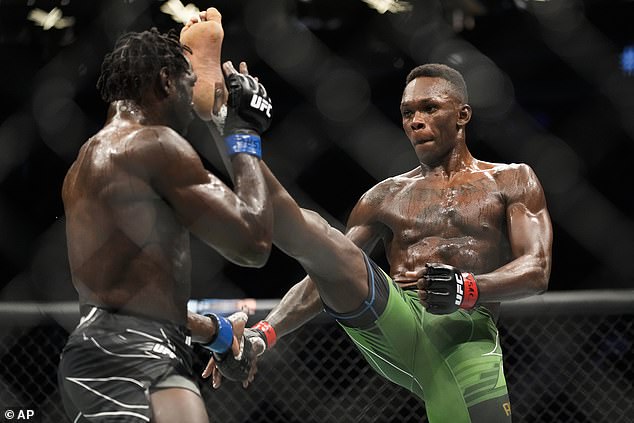 Adesanya backed up his ring walk by beating Cannonier via unanimous decision (49-46, 49-46, 50-45) to retain his UFC middleweight title.

However, fans couldn’t help but talk about the ring walk after the fight. They took to Twitter to praise the 51-year-old and mock Cannonier.

Another one said: ‘Israel Adesanya… Undertaker! What a ring walk’, while one added: ‘Adesanya ring walk is legendary. ‘

However, other’s felt the ring walk was ‘disrespectful’ and claimed it would have been ’embarrassing’ if he had of lost.

One supporter wrote: ‘Israel Adesanya with the most disrespectful ring walk ever’. While another added: ‘Gonna be embarrassing if he loses this after that ring walk! Hope he gets it done though’.

Meanwhile, some felt the ring walk was the highlight of the evening and even referred to the fight on displaying as ‘boring as f***’.

The Twitter user wrote: ‘Boring as f*** FC main event to close out the show. Both guys played it far too safe.

‘The most entertaining thing about it was Adesanya’s undertaker inspired ring walk. I wonder what Vince McMahon thought of that who was in attendance?’.