Singer Grace VanderWaal is showing off a very dramatic new look on social media — and while many of her fans are praising the makeover, others have expressed ‘concern’ over the major change.

Grace, 16, rose to fame in 2016 when she was just 12 years old, so it’s not surprising that many still think of her as the sweet tween who wowed judges on America’s Got Talent.

But ahead of her 17th birthday in January, the teenager is changing up her look, and has shared several new TikTok videos sporting a buzzed head, dramatic makeup, and grown-up outfits. 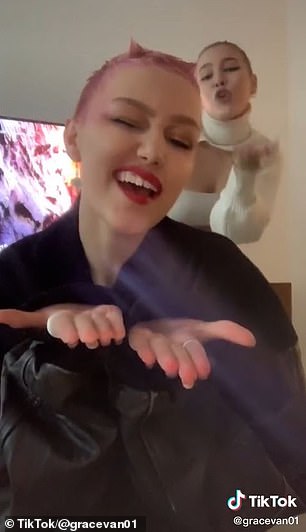 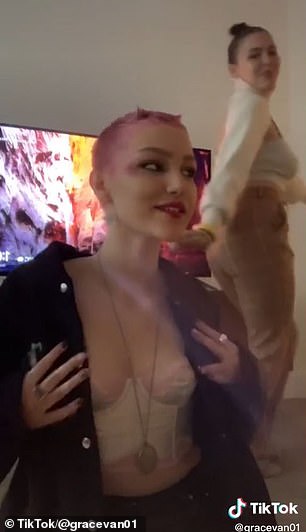 Makeover: Ahead of her 17th birthday in January, the teenager is changing up her look, and has shared several new TikTok videos sporting a buzzed head 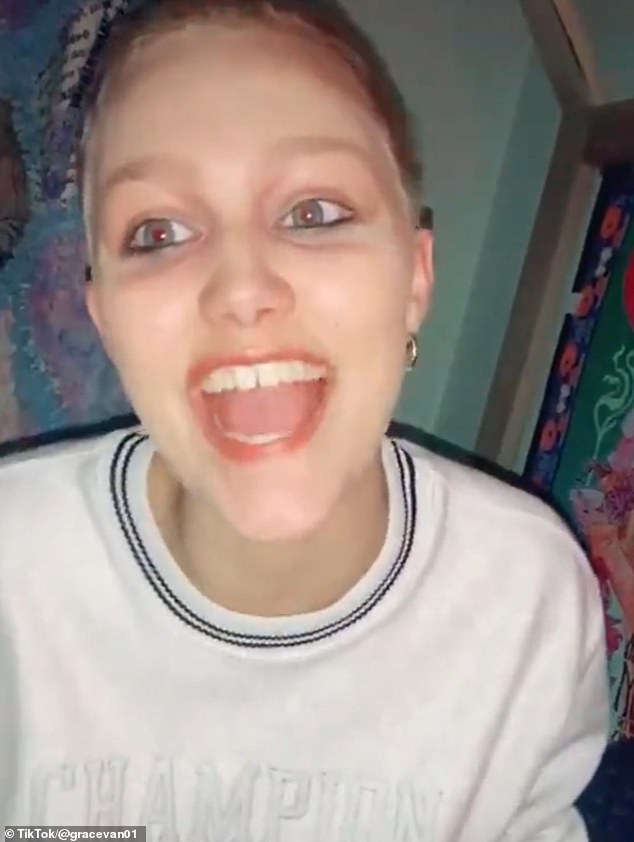 Bzz! She buzzed off her hair at the beginning of December 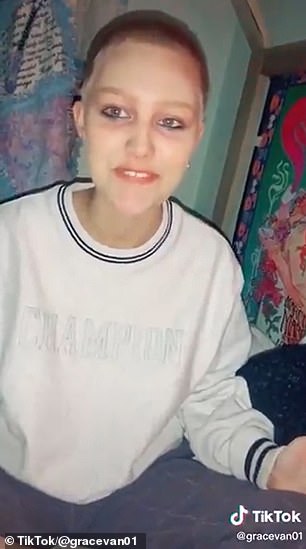 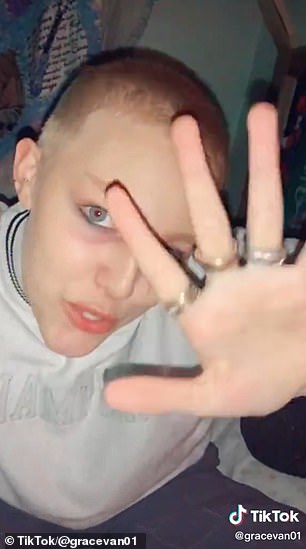 Check me out! The teenager has proudly showed off the new look on social media 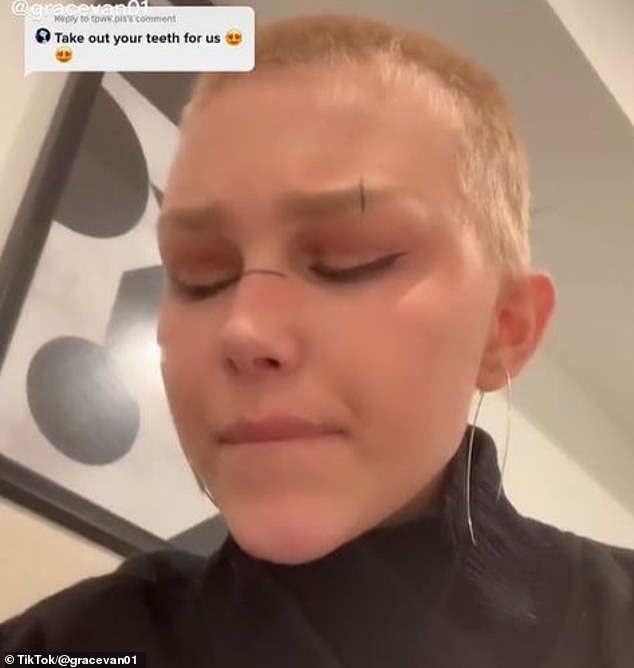 Edgy: She has also developed an edgier style and experiments with makeup 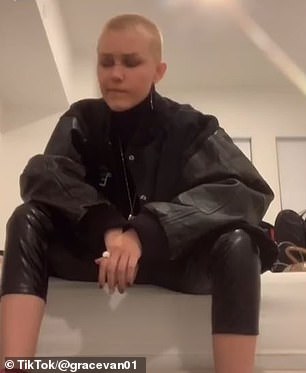 Taking a look: Fans have taken notice, especially after she joined TikTok

Grace’s last public appearance was at the March premiere of Stargirl on Disney+, where she wore a frilly white dress and her blonde hair pulled back.

But in May, she opted for a change, dying her hair a happy shade of pink.

Her evolution has continued, and earlier this month, she shared an Instagram video of her friend buzzing off most of her hair.

But it was her recently-created TikTok page that made the greater public aware of her new look.

Grace has shared several videos of herself showing off her barely-there hair, which she appears to have dyed pink.

In one, posted yesterday, she pairs it with bold eye makeup, bright lipstick, and a very skimpy bustier top. 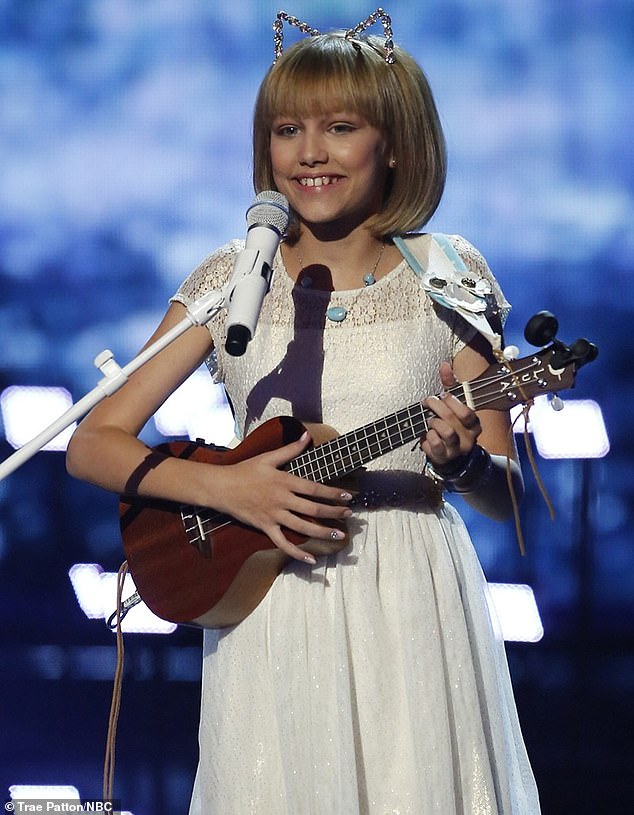 Flashback: Grace rose to fame as the winner of American’s Got Talent in 2016 when she was just 12 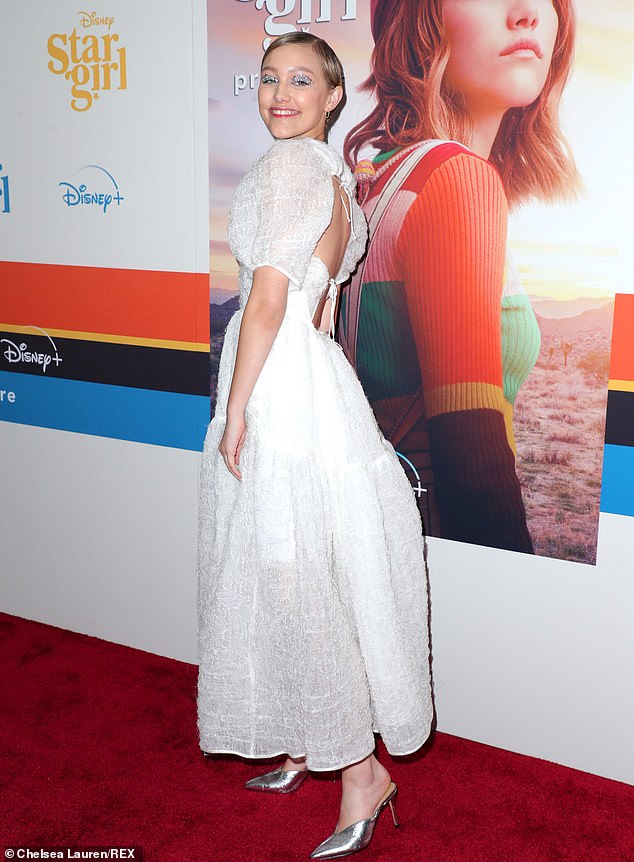 Prim: Her last public appearance was at the Stargirl premiere in March 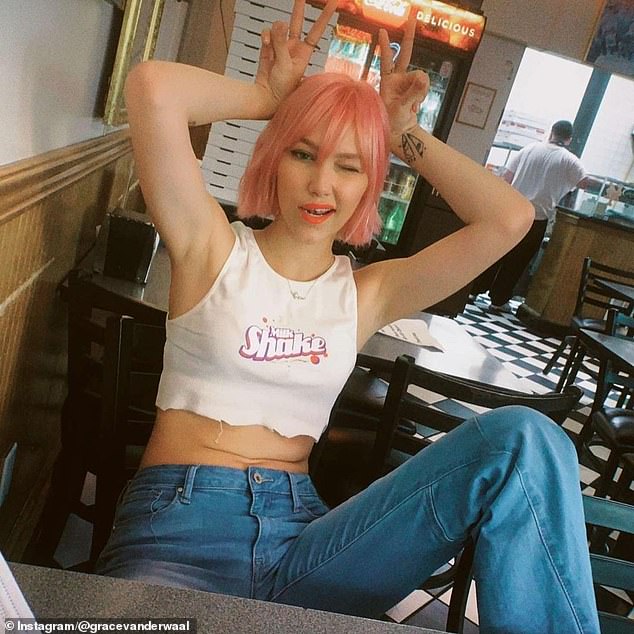 Punk rock: Over the summer, she died her short hair bright pink 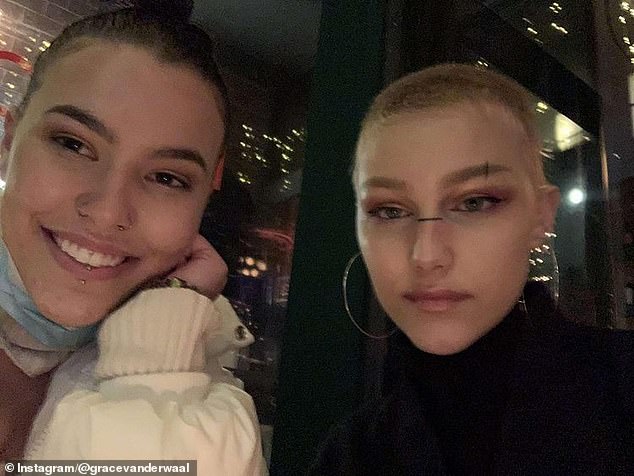 Mixing it up: The abrupt change has some fans worrying about the star

The videos have left some fans expressing worry for the star.

‘I feel like I should be concerned,’ wrote one.

‘So she really cut her hair and changed herself completely,’ commented another, referencing lyrics from her 2016 song I Don’t Know My Name

‘She’s officially lost it,’ wrote another, while one more asked: ‘Is she ok?’

Over on Twitter, a fan brought the videos even more attention by writing: ‘TODAY IN “WHO COULD’VE SEEN THAT COMING?”: Grace Vanderwaal goes viral on TikTok as many people express their surprise by her new look. The former America’s Got Talent contestant also shared pictures on her Instagram.’

The post has one commenter calling for an ‘intervention,’ and another writing: ‘Crazy to watch her going mental and starting her path to self destruction already.’ 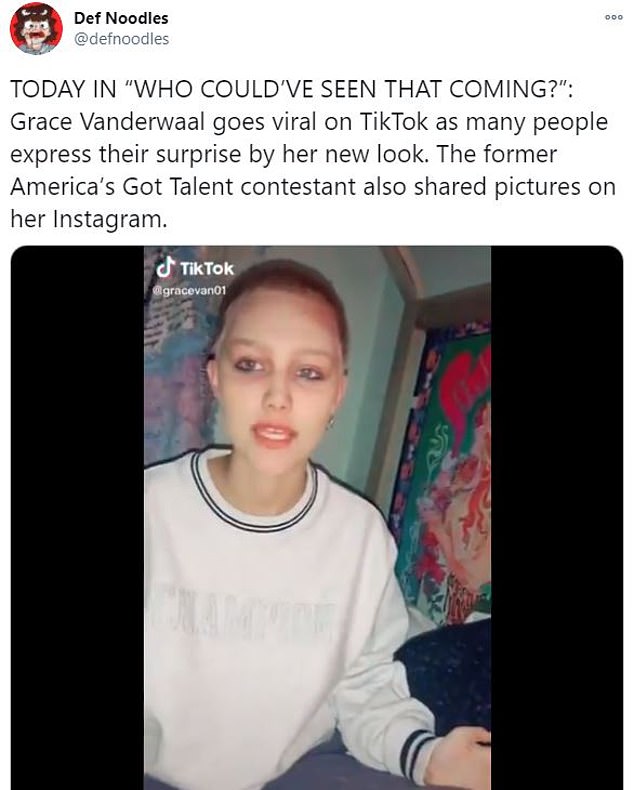 Alarmist: One commenter said it was time for an ‘intervention,’ while a TikTok commenter was ‘concerned’

But other commenters have rushed to her defense, calling the negative comments an overreaction to a teenager discovering herself.

‘She’s just trying to find her way,’ wrote one.

‘I think it’s just her finding more about who she is, it shouldn’t be concerning,’ tweeted another.

And another: ‘Oh comon, seriously she’s just been a normal teenager. Just because she’s famous does not exempt her from the normal stages of growing up. Good for her for staying true to herself.’

Several have admitted they are fans of her new ‘do.

‘Ngl she pulls off this new look,’ wrote one.

‘She is gorgeous!!! I love her look. Did you all think she would be 12 forever?’ tweeted another.

But other commenters have rushed to her defense, calling the negative comments an overreaction to a teenager discovering herself.