‘Has Potter pulled the wire out at the BT Sport studio’: Fans cheekily point finger at Chelsea boss for loss of live TV pictures for several minutes after Fulham defeat as presenter Jake Humphrey reveals power outage was to blame

Fans saw the funny side after live coverage of Fulham’s clash against Chelsea was temporarily interrupted on Thursday night.

Viewers were left watching endless BT Sport adverts on repeat along with a message saying, ‘Apologies for the loss of pictures from Craven Cottage.’

And fans cheekily suggested on Twitter that under-fire Chelsea boss Graham Potter could be behind the outage to avoid being grilled over their latest defeat.

One said: ‘Has Graham Potter pulled the wire out at the Btsport studio at Craven Cottage.’

A second user joked: ‘Potter didn’t want to be interviewed by BT Sport, so he got Joao Felix to pull the plug out of the wall.’ 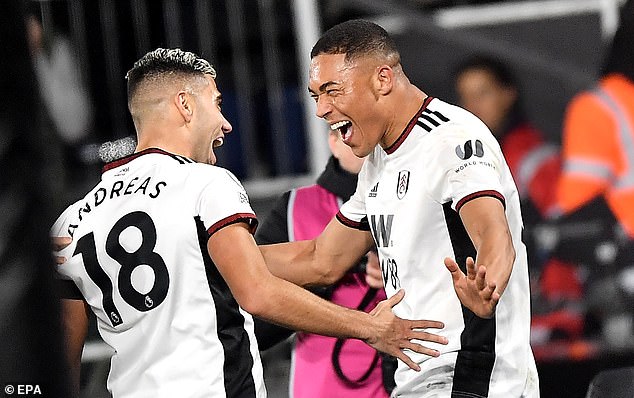 A third added: ‘What a time for @btsport btsportfootball to break down from Craven Cottage & have to watch @petercrouch in four consecutive adverts. Just when us beleaguered CHELSEA fans wanted to see Potter interviewed & tender his resignation.’

The outage was caused by a faulty generator, as confirmed by presenter Jake Humphrey.

He said: ‘There is a generator that lost power. 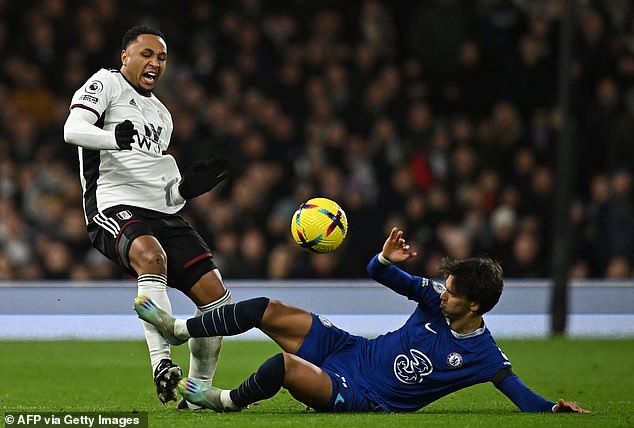 ‘This doesn’t normally happen, Peter Crouch was running around with a wire.’

Joao Felix was sent off on his Chelsea debut as a 2-1 defeat at Fulham piled more pressure on Potter.

The Portugal forward joined on loan from Atletico Madrid on Wednesday and started at Craven Cottage, but only lasted 58 minutes before he was dismissed for a dangerous high-footed challenge on Kenny Tete.

The score was 1-1 at the time after Kalidou Koulibaly cancelled out Chelsea old boy Willian’s opener, only for Carlos Vinicius’ header to leave Potter’s side in 10th with one win in their last nine Premier League matches and 10 points off the top four. 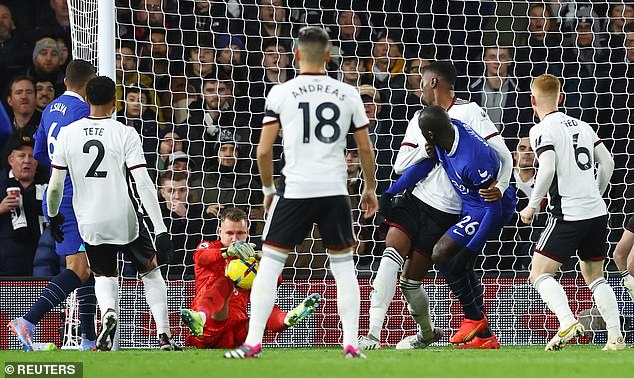