‘Why did she cloak it in drama?’ Fans are bewildered why Love Is Blind star Raven makes big announcement that she does bottle service – but viewers don’t get what the big deal is!

Love Is Blind fans were bewildered when pilates instructor Raven Ross cautiously revealed to Bartise Bowden what her side job is.

Making a big deal out of her confession, Raven, 29, made a big confession that she worked in the service industry.

She said, ‘It’s a big thing for me to even say, I really like you. I just want to be as transparent as possible.’

‘Why did she cloak it in drama?’ Fans are bewildered why Love Is Blind star Raven made a big announcement that she does bottle service – but viewers don’t get what the big deal is! 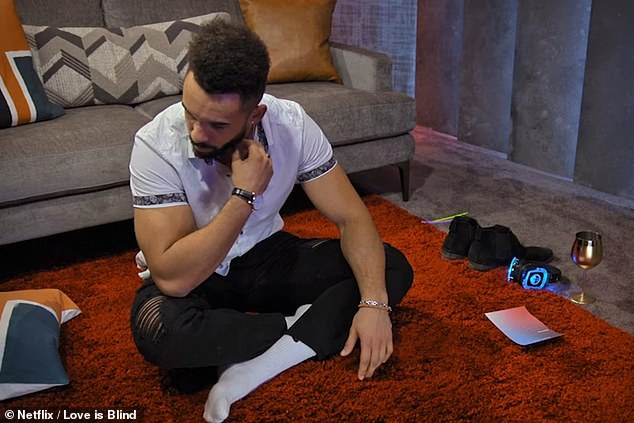 Why do you need to tell him? She told love interest Bartise it had been a problem for past boyfriends but he said it wasn’t a problem for him

Raven continued that she did some ‘service industry things on the weekends’ but Bartise, 27, was confused as to what her big revelation was.

He jokingly asked her if she worked as a stripper.

‘No,’ she replied. ‘I’ve never stripped in my life but I am totally up for a good strip club.’

She then told Bartise that she had been doing bottle service at a place and recently also got into bartending at another place, telling him that it had been a problem for past boyfriends.

But Bartise told her that her choice of profession was not a problem for him. 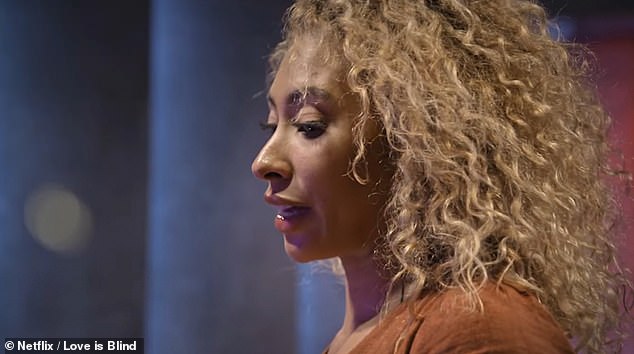 Bartise jokingly asked Raven if she worked as a stripper. ‘No,’ she replied. ‘I’ve never stripped in my life but I am totally up for a good strip club’

What is the subtext? Fans didn’t get why she cloaked her announcement in drama because it’s no big deal and wondered if there was more to the story

However, despite the moment shared, Bartise and Raven ended up with different people during episode three.

Viewers failed to understand why Raven felt the need to reveal the news in such a dramatic way.

They wrote on Reddit: ‘What is the subtext behind bottle service? Why was Raven announcing she does bottle service cloaked in such drama? Why such a big deal?’

Another answered: ‘I mean to be fair, in the season 1 reunion special, Amber mentioned how Barnett didn’t like when she worked as a bartender. Like to the point where they clashed and she had to quit that job. A lot of men apparently aren’t comfortable with their partners working as bartenders.’

‘I was surprised when she explained that she bar tends and does bottle service because she seemed so apprehensive to tell him.’