Drama at mega-money LIV Golf Tour event as a fan is left sprawled on the ground after being struck by an errant tee shot from Peter Uihlein… before the coverage shows the smiling man back on his feet to accept souvenir!

American Peter Uihlein accidentally struck a fan with a wayward tee shot in the third round of the first event of the controversial LIV Invitational Series.

Uihlein’s drive hit the unsuspecting punter on the side of the fairway on the course at Centurion Club in St Albans.

Video footage from the incident showed the fan on the floor and an apolgetic Uihlein, the world number 327. 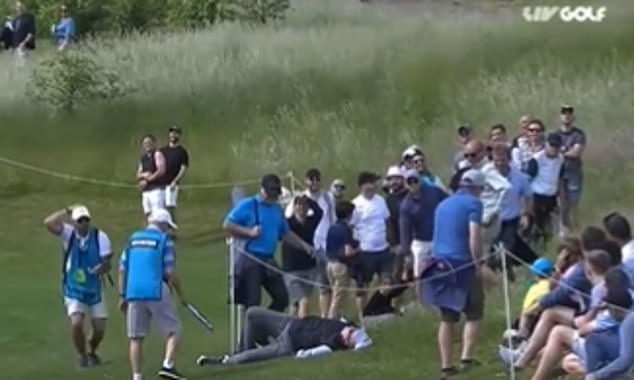 Uihlein, playing in the final group, later met the supporter and embraced him before giving him a souvenir – his signed golf glove.

The player and the fan were also seen laughing together, perhaps joking about the fact it seemed to hit the fan in the backside.

It was a rare light-hearted moment in what has been a difficult and divisive week for the sport following the start of the Saudi Arabia-backed LIV Series at Centurion.

Barely half an hour into the first day of the inaugural event, the PGA Tour handed out indefinite suspensions to 17 golfers who are taking part. 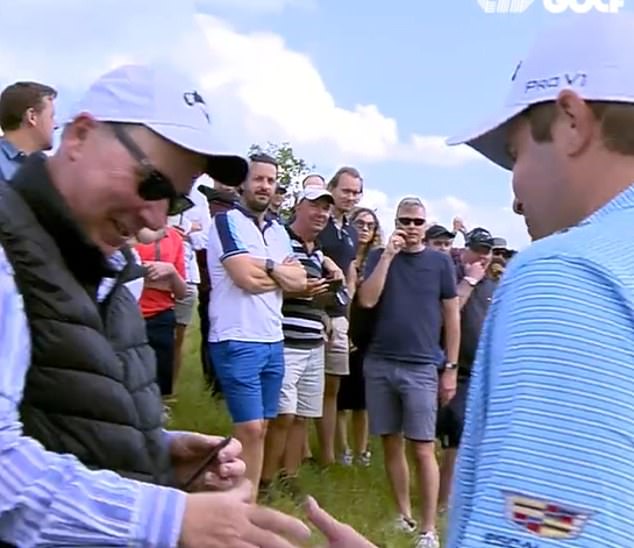 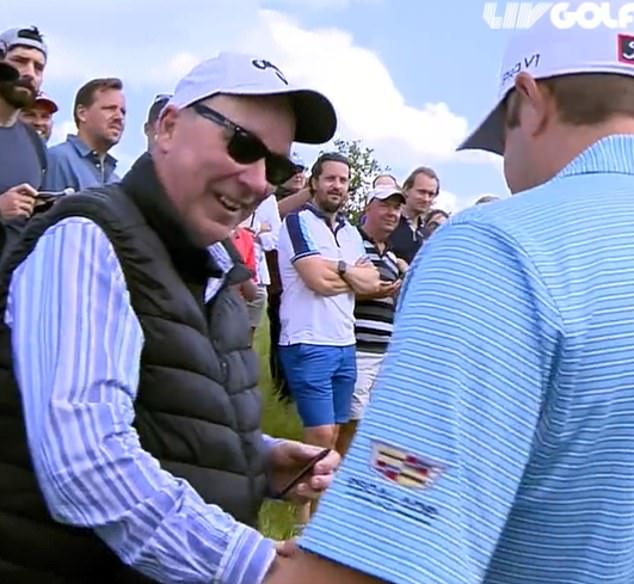 The DP World Tour – formerly the European Tour – have yet to announce whether they will sanction players who have signed up to the Saudi-funded tour, but the PGA appear unlikely to get support from other sporting bodies.

Bryson DeChambeau has also cashed in with the LIV Series and the 2020 US Open champion will join the other rebels for the second stage of the series in Portland next month, despite the sanctions from the PGA.

The series has attracted huge criticism for the source of its wealth – given the human rights record in Saudi Arabia – and its impact on the golf landscape.