A family has suffered a double heartbreak after a daughter died in hospital on her 21st birthday just weeks before her mother, 47, passed away suddenly.

The family from New Waltham, Lincolnshire, are waiting for a post-mortem to find out Maria’s cause of death, which could take up to 12 weeks, and still have questions about Gemma’s.

Her death at the Diana, Princess of Wales Hospital, may have been due to a gastric bleed, but sister Teresa Gatt and her father Roger are still waiting for confirmation from the coroner. 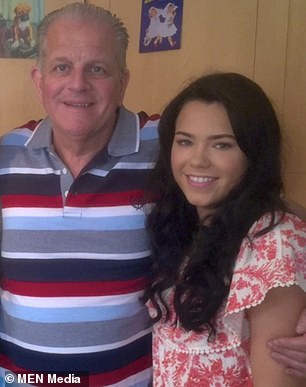 Mother Maria Gatt (centre left), 47, died unexpectedly on July 4 – shortly after Gemma (far left), 21, passed away on April 7. Teresa and her father Roger (both right) are waiting for a post-mortem to find out Maria’s cause of death and still have questions about Gemma’s

Gemma, a former Cleethorpes Academy pupil, was a full-time carer for her grandmother who lived at home.

Maria was also born in Grimsby and spent much of her career managing care homes. However, she suffered with back problems for a long time and was eventually forced to give up work around five years ago.

Due to the sudden expenses of both funerals, Teresa and her family appealed for help with managing the costs.

She said: ‘Everything that’s happened has caused a great deal of pain and stress to me and my dad.

‘We want to say a big thank you, not only for the donations, but all of the kind messages we’ve received. It’s been overwhelming.

‘Gemma was such a kind person, and always wanted to help people out. She had been interested in hair and make-up, but was happy to be a live-in carer for our grandmother instead, which not everyone would have done.’

She added: ‘My mum managed residential homes for around 20 years. She loved doing it and was always proud of her work, but had a bad back from the time she was around 30.

‘She eventually stopped working five years ago, apart from the odd job, and became quite a keen reader.

‘When I think of them, I remember the time I used to spend with Gemma down Cleethorpes while mum was working. We would spend the whole day there when we were younger playing on the arcades together. 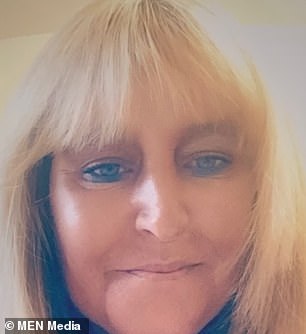 Maria, above, was born in Grimsby and spent much of her career managing care homes

‘My mum was also really fond of the Promenade, and we spent quite a few evenings there. She would drive us there, buy ice creams and watch the sun go down.’

Teresa and her father could face a lengthy wait for answers to their questions about both tragedies.

‘Mum passed away last Saturday, but we have been told that it may take up to 12 weeks for a post mortem to be conducted to understand why she died,’ Teresa said.

‘We still aren’t sure about the cause of Gemma’s death either. She died quite suddenly in Grimsby hospital.

‘Apparently it could be due to a gastric bleed, but we haven’t had any first-hand information on this.’

A date has now been set for Maria’s funeral and a GoFundMe page has been created towards the cost of the service.

Teresa added: ‘It’s been difficult to believe how expensive funerals are, and we’ve had two in a short space of time.

‘This has all been really difficult, but we’re now in a place where we can make arrangements for the funeral.’

Due to coronavirus social distancing restrictions, the service will be limited to close friends and family, who are asked to contact the family before attending.