EXPRESS INFORMER > News & Politics > Family of railway worker, 47, who died of Covid are given more time to prove how she was infected

The family of a railway worker who died from Covid after being ‘spat at’ while on duty have been granted more time to find an expert to prove how and when she was infected with the virus.

Belly Mujinga, 47, died on April 5 last year just days after she was reportedly coughed on and spat at by a customer claiming to have Covid-19 at London’s Victoria station.

Mrs Mujinga, a sales clerk for Govia Thameslink Railway, was on duty on the Victoria concourse on March 21 with her colleague Motolani Sunmola, 52, when the alleged incident took place.

British Transport Police (BTP) previously interviewed a 57-year-old man over the incident but said there was not enough evidence that a crime had taken place.

On Friday, senior coroner Andrew Walker granted Mrs Mujinga’s family more time to find an expert who could help look into the circumstances surrounding her death.

Belly Mujinga (pictured), 47, died on April 5 last year days after she was reportedly coughed on and spat at by a customer claiming to have Covid-19 at London’s Victoria station 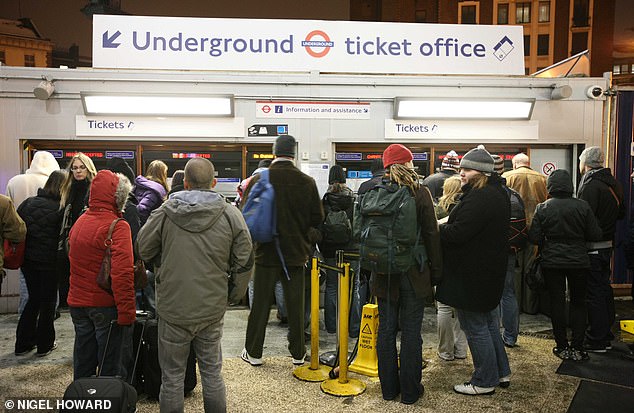 Mrs Mujinga, a sales clerk for Govia Thameslink Railway, was on duty at London’s Victoria station (pictured) on March 21 when the alleged incident took place

Mr Walker told preliminary hearing at Barnet Coroner’s Court that the role of the expert could include looking at whether it was ‘more likely than not that a place could be established where the infection occurred’.

Elaine Banton, representing Mrs Mujinga’s family, had requested more time so the parties could agree on the expert, with a further hearing subsequently being set for October 15.

There were two other employees who became unwell while working at the station, one who died from a Covid infection and another who became ill with Covid-19-like symptoms, according to a previous statement from the coroner’s office.

The coroner said that no passengers who were at the station when the incident took place could currently be identified.

In July, Mr Walker said ‘causation’ would be a starting point in helping to plot what areas may need to be be covered at the inquest into Mrs Mujinga’s death.

He said an expert would be needed to deal with the possible causes of the Covid infection that led to Mrs Mujinga’s death in the first phase of his ‘step-by-step’ approach to setting up the inquest. 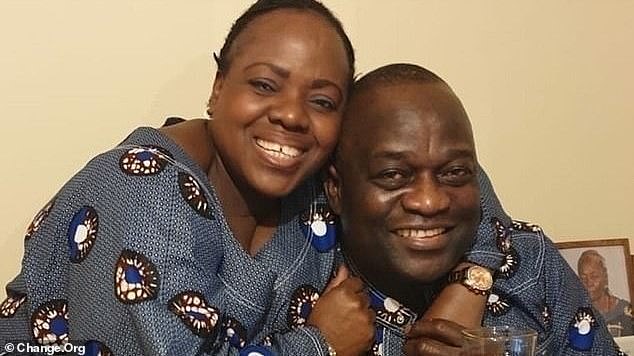 On Friday, coroner Andrew Walker granted Mrs Mujinga’s family (she is pictured with her husband Lusamba Gode Katalay) more time to find an expert who can look into her death 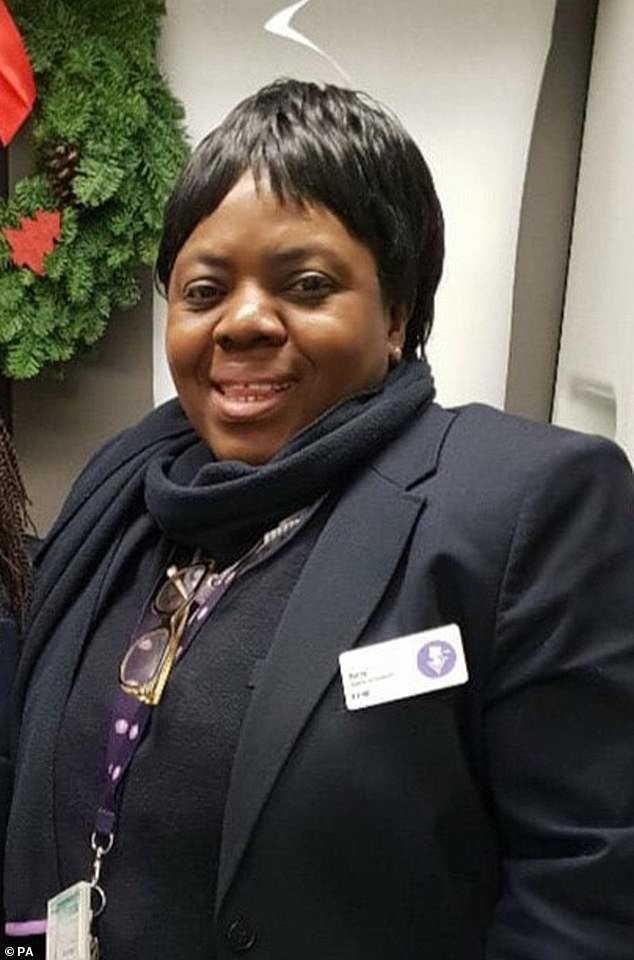 British Transport Police interviewed a 57-year-old man over the incident but said there was not enough evidence that a crime had taken place. Pictured: Mrs Mujinga

Her husband Lusamba Gode Katalay previously said an inquest would give the family ‘concrete answers’, adding: ‘It will be good for me and my daughter, we will be able to have peace.’

The Govia Thameslink Railway sales clerk suffered from sarcoidosis, which affected her throat and lungs, and made it difficult for her to breathe.

Timeline of Belly Mujinga’s death and the police investigation

She had been on duty on the Victoria concourse on March 21 with her friend and colleague Motolani Sunmola when the alleged incident took place.

Ms Sunmola, 52, claimed they were approached by a man who coughed on them and said: ‘You know I have the virus.’

In the days that followed, Mrs Mujinga became very unwell with Covid-19 symptoms and was taken to hospital on April 2 before dying three days later.

Footage of the incident, which was not released, was previously obtained by the police, which allegedly showed a man coming close to Mrs Mujinga before she ran away but officers said that the poor image quality meant it was inconclusive.

The force concluded there was ‘no evidence to substantiate any criminal offences’.

The CPS later reviewed the evidence and confirmed ‘no reliable evidence’ was available to alter the decision.

But Lawrence Davies, of Equal Justice Solicitors, said they are ‘concerned’ the force will not release the name.

BTP has discretion and is not required to release the name of a person who is questioned in connection with a case in accordance with the Data Protection Act.

But he added that there is an exception for lawyers seeking that information in order to pursue a case within the civil courts.

A British Transport Police spokesman previously said: ‘While our thoughts continue to be with Belly’s family and friends, it is not within the remit of the police to assist the public in their pursuit of civil remedies.’

Mrs Mujinga graduated with a degree in journalism and became the first female sports journalist in her home country of the Democratic Republic of the Congo.

Lawyers for the Mujinga family have said she left the African country for ‘security reasons’ and settled in the UK before marrying her husband and giving birth to their daughter Ingrid, who is now 12.

A date for the inquest was not set at Friday’s hearing.