The family of an American businessman imprisoned in the United Arab Emirates for the last 15 years say he is rotting in a ‘dungeon’ prison – diseased with a flesh-eating infection and near death – and claim the US overlooked him for WNBA star Brittney Griner.

Zack Shahin, 58, is serving a 53-year-prison sentence on charges of fraud, embezzlement and other financial crimes. His heartbroken family insists he is innocent and is being illegally detained for crimes that are false and politically motivated as they continue to desperately fight for his release.

Shahin’s health has been deteriorating as he battles an infection in his lungs and rotting flesh and skin sores, as his family believes his condition is far worse than they know. Nearly three months ago, his condition became so grave he was transported to a Dubai hospital where he had numerous surgeries but they were unsuccessful.

The family submitted mercy letters to the State Department on November 23, 2022 and after several revisions they were sent to the UAE December 6.

But, while this was taking place the Shahin’s were unaware that the US had been negotiating the release of WNBA star Brittney Griner – who was released from a Russian prison December 8, 2022 after the US reached a deal returning international arms dealer, Viktor Bout – that the UAE helped facilitate.

Zack Shahin pictured with his two children has been in a Dubai prison for 15 years. His son Ramy told Fox News ‘they completely abandoned us … they completely pushed us to the side.’ ‘Maybe we’re not newsworthy enough for them — we’re not famous, we’re just an ordinary family — and they just left us’ 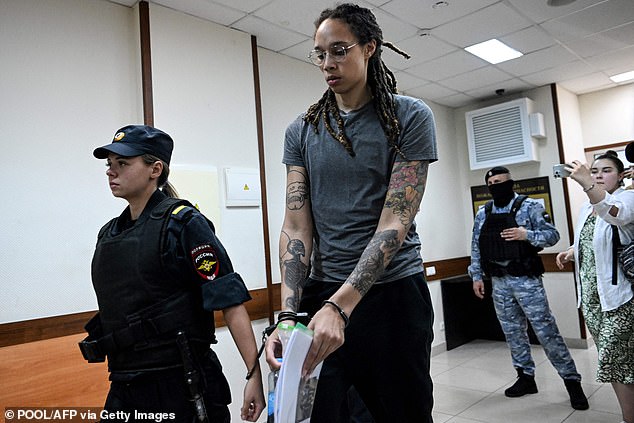 Brittney Griner was released on December 8, 2022 from a Russian prison after the US reached a prisoner swap deal returning international arms dealer Viktor Bout. After President Biden gave final approval, the swap took place in the UAE after an agreement had been made

‘Maybe we’re not newsworthy enough for them — we’re not famous, we’re just an ordinary family — and they just left us,’ he said.

Martin Lonergan, a British activist who met Zack while he was in prison told Fox News it as a ‘dungeon’ a place that ‘where you are pushed away to be forgotten about.’

‘He is rotting, Longeran said. ‘If you can imagine a man is dying because he’s rotting … they’re cutting bits of Zack away, and he’s dying trying to fight the infection.’

He said, in part:  ‘I have never in my life witnessed such injustice.’

The Lebanese-born married father of two was a truck driver for Pepsi and eventually worked his way up to to an executive for PepsiCo and went to the UAE in 2004 after he was recruited by the country’s minister of finance and chairman of the Dubai Islamic Bank, Deyaar Mohammed Khalfan bin Kharbash.

During his four years as CEO, the $5 million private firm became a $1.5 billion publicly traded company, and the second-largest publicly traded real estate company on the Dubai Stock Exchange. 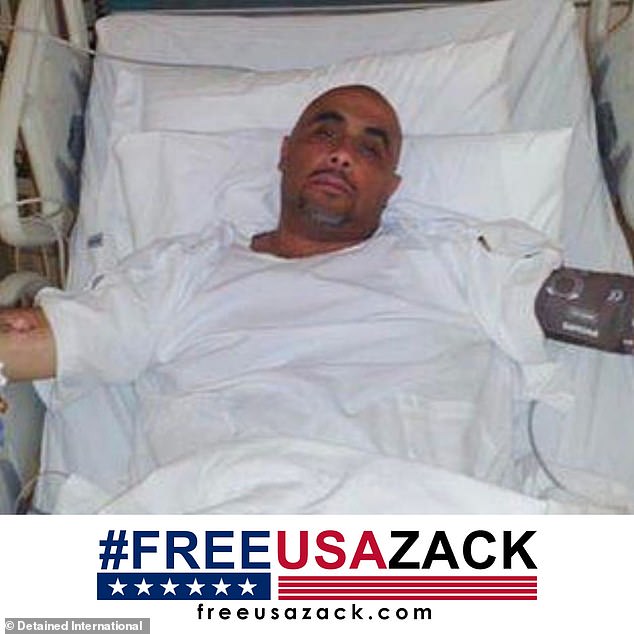 Zack Shahin, 58, is serving a 53-year-prison sentence on charges of fraud, embezzlement and other financial crimes. His heartbroken family insists he is innocent and is being illegally detained for crimes that are false and politically motivated as they desperately fight for his release 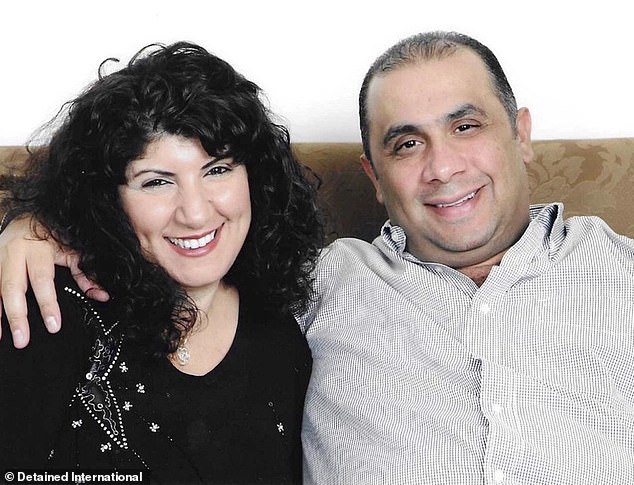 Zack Shahin pictured with his wife, who his son Ramy described is a shell of a person since his father has been held captured against his will

After he resigned from the bank in early March 2008, he was abducted by the state security and charged with crimes, the family said, he never committed.

His family said he was detained for 13 months before formal charges were filed against him. He was released on bail, then spent the next nine years in jail before he was finally convinced in 2017. He was sentenced to 49 years, which didn’t include time served.

The family said the big four global accountancy firms audited Deyaar for the years Shahin was CEO and found no financial losses or evidence of the financial crimes he was accused of.

‘My dad’s just an ordinary American guy who started working hard to make a name for himself,’ Ramy told Fox News.

‘He took this little real estate company and made it what it became and built so much of what Dubai is known for. And then they just took him down.’

According to Detained International, a British organization that provides pro bono legal services to prisoners, Shahin is the longest-serving American white-collar prisoner overseas. 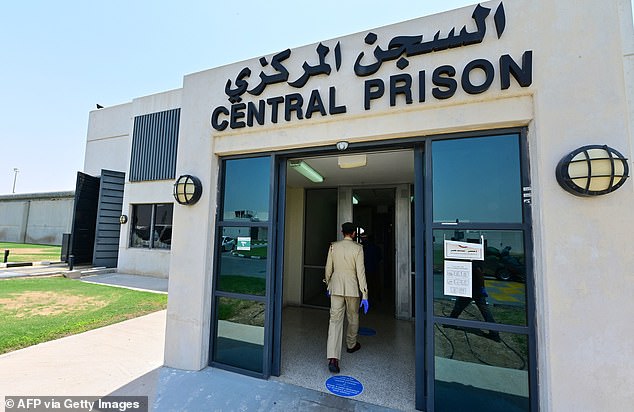 A policeman enters Dubai’s Al-Awir central prison in the United Arab Emirates, on May 21, 2020. It is unclear if this is the prison that Shahin is being held at

The law directs US agencies to communicate more with families of Americans unlawfully detained overseas and allowing for their captors to face sanctions.

But, their request for advocacy for their loved one under the law, the Levinson Act, was denied within five days.

‘I think the Biden administration and the State Department should look at our case and treat it with a little more respect,’ Ramy said. ‘Because we haven’t even been given any of that.’

Human Rights Watch, Detained International and the James W. Foley Legacy Foundation are some of the human rights organizations that have been trying to raise awareness of the inhumane and appalling conditions of Shahin’s imprisonment.

But, the groups claim they have gotten no response from the US government.

His family who is broken says they will keep on fighting.

‘I’m going to keep fighting until he gets out,’ Ramy said. ‘And if I fail, then so be it. But I’ll never let this go.’