Rosemary Hanlon, pictured with her late second husband Malcolm, who her family say was ‘the love of her life’

The family of an 82-year-old woman with dementia have won a refund on her care bills after unnecessarily paying £80 a month in top-up fees for six years.

Rosemary Hanlon, who lives in the Anchorage Nursing Home in Hoylake, Wirral, became eligible for full NHS funding due to her worsening health in 2016.

Before that she was funded by her local authority, and paid extra to bridge a gap that the council wouldn’t fund, though she was not receiving any upgrade to her room or services.

Afterwards, her family continued to pay the top-ups on her behalf without realising the NHS would be covering bills for every aspect of her care that it had assessed as neccessary.

The discrepancy was discovered by the new owner of the care home after it changed hands earlier in the year, and over the past month Mrs Hanlon’s family has attempted to claim a refund on her behalf.

Her daughter, Annabel Collins, contacted This is Money after new owner RSJB Quality Care Homes immediately agreed to refund £320 but said it was only responsible for overpayments since it took over in April.

Meanwhile, the previous owner, whose current business operates as The Old Garden in Hoylake, Wirral, had replied to say she was on holiday and would be in touch on her return.

After we asked both care home owners for comment, The Old Garden paid £6,000 to Mrs Hanlon, but did not respond to us. RSJB’s statement is below.

The case highlights the need for families of those receiving full NHS care funding to ensure they are not paying for anything that is already covered – an issue Mrs Hanlon’s family told us they want to flag up in case it helps others.

‘We feel that we have had to fight and fight for my mum’s best interests during her whole illness. A fight that shouldn’t have to happen,’ says Mrs Collins, whose mother was diagnosed with early onset dementia at age 64.

She paid tribute to her, saying: ‘My mum is a very special person. I know lots of people say that about their mums. This time, it really is a true reflection of her. She brought four children up when our father left her with four children under six.

‘Why have we chosen to challenge the system on her behalf you may ask? We do it for our mum who is physically still with us but whose love, support and true self was lost to us when this cruel disease took hold of her. We know that she knows how loved she is.’

Mrs Collins says her family wanted to publicise their story to alert people with relatives receiving NHS continuing healthcare, who might be unaware what this funding should be covering and unneccessarily paying top-ups.

Does your relative receive NHS CHC?

Are you paying top-ups in error to a care home for anything the NHS is funding?

Write and tell us your story at experts@thisismoney.co.uk. Please put NHS CHC in the subject heading.

She says of the rules on fees: ‘Someone should have told us this years ago.’

Mrs Collins and her family have made a complaint to NHS Cheshire and Merseyside, saying it did not inform them about what fees it would be meeting in future when NHS CHC was awarded.

They say in their complaint: ‘Our mum’s funding and care package weren’t discussed with us. Recommendations were also not set out to us about what she was and wasn’t responsible for paying for.

‘If an assessment had been made, it would have been noted that she was paying a top-up fee that is in contravention of the National Framework.’

People in serious ill health can get get care fees 100 per cent funded by the NHS, though the assessments and red tape can be challenging.

James Urquhart-Burton, partner at Ridley & Hall Solicitors and an expert in care funding, explains how to make an application for NHS CHC here and how to appeal if you are rejected here.

He says of Mrs Hanlon’s case: ‘NHS CHC should be provided free of charge and it is legally the responsibility of the NHS body in question.

‘The question of top-ups usually arises where an individual wants to move to (or is already living in) a care home which is more expensive than the NHS considers is necessary to meet the individual’s needs. 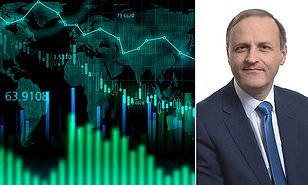 ‘The National Framework for NHS Continuing Healthcare does say that “topping up” CHC funding is not permissible to meet an individual’s assessed needs.’

He went on: ‘The care service contract should confirm the care home’s obligations to the service user, but in my mind, the Integrated Care Board (which was of course the Clinical Commissioning Group back in 2016) was responsible for a) the decision of eligibility, b) taking over the funding and c) addressing any financial implication with Rosemary and/or her representative.

‘The extent to which the ICB considered paying the full cost of the care back in 2016 is unknown and further enquiries are needed.’

‘We have requested bank account details from the family so we can refund these payments to resolve the issue as quickly as possible.’

Mr Suresparan adds: ‘As we only took over the home in April 2022, it is unfair and unreasonable to expect RSJB Quality Care Homes Ltd to refund payments made to the previous owner as we are not liable for these overpayments.’

A spokesperson for NHS Cheshire and Merseyside, says: ‘We have received Ms Collins’ concerns in regard to Rosemary Hanlon’s funding and care package payments and will respond in accordance with NHS complaint procedures.’

Top-ups and NHS CHC: What should you do if you believe your relative has overpaid?

Top-ups are a contentious issue in relation to many care packages, but in my experience it is far less common in relation to the NHS CHC funding than it is with local authority funded care.

This is because the National Framework indicates that top-ups are not permissible. Having said that, it does happen.

If a dispute arises there are a few routes to justice which can be considered.

It might be possible/appropriate to make a legal claim against the Integrated Care Board for judicial review or unjust enrichment.

These are complex legal causes of action with strict time limits and may also carry cost consequences for bringing such an action in the wrong way – it is important to obtain legal advice as soon as possible upon becoming aware of the problem.