By Christopher Eberhart For Dailymail.Com

Two families are suing Universal Orlando for $30,000 after an actor dressed as the Despicable Me villain Gru allegedly flashed a ‘white power’ sign in photos with young girls of color.

The lawsuit – filed in Orange County, Florida on June 23 – includes the photos from February and March 2019 with the character making an upside-down ‘OK’ hand gesture adopted by white supremacist groups in both.

One of the victims is a six-year-old biracial girl and the other victim is a five-year-old Hispanic girl.

‘He openly and pointedly displayed towards them a universally-known and universally-used hate symbol that indicates white power,’ the lawsuit states.

‘This white power hand signal has become openly and widely used to express hatred towards a segment of the population based upon a person’s race, color and national origin, and it has prevalently and commonly been known as a hate symbol for years.’

Two families are suing Universal Orlando for $30,000 after an actor dressed as the Despicable Me villain Gru allegedly flashed a ‘white power’ sign in photos with young girls of color at the theme park. One of the photos cited in the lawsuit of the character posing with a Hispanic girl in March 2019 is pictured above 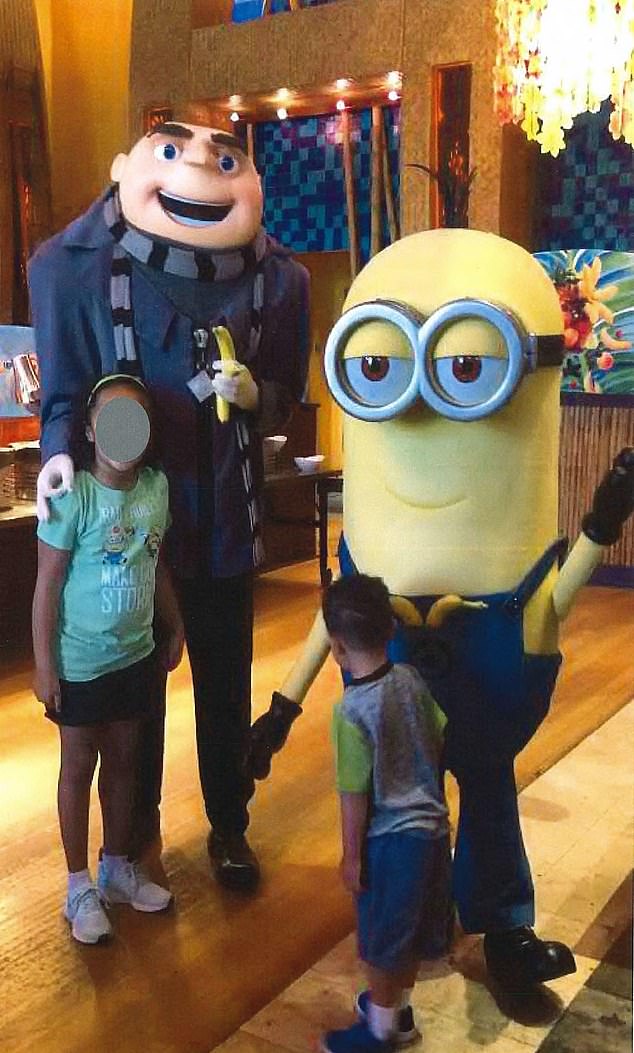 The Anti-Defamation League labeled the ‘OK’ hand gesture a form of hate speech in 2017.

The six-year-old biracial girl ran up to the actor dressed as Gru from one of her favorite movies Despicable Me and asked for a picture in February 2019.

The actor put his arm around the young girl and made the hand gesture above her shoulder and let it linger, according to the lawsuit.

She wanted to show the picture to her classmates but her parents told her she couldn’t because ‘a man did a bad thing to her because he did not like her because of her race and color,’ the lawsuit says.

A month later, the Gru character did the same thing in a picture with a young Hispanic girl.

In both incidents, the lawsuit claims the character’s handler or the park did nothing to stop it and are responsible. 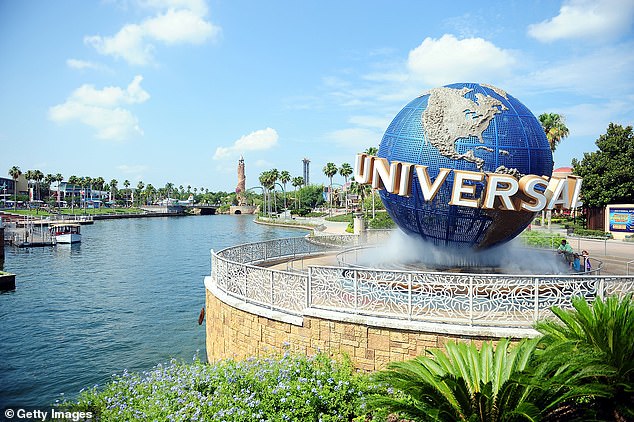 The popular theme park didn’t disclose the actor’s name or say if it was the same person in both instances.

It’s unclear if the person or people in the costume are still employed.

The families claim in the lawsuit that their children suffered ‘mental anguish, loss of dignity,  loss of innocence, emotional distress, humiliation, embarrassment and loss of enjoyment of life’.

Universal Orlando did not immediately return DailyMail.com’s request for comment.