We will ALL pay for this: Families are facing an extra £125 a month in tax to cover the annual £42bn hole left in public spending coffers caused by coronavirus crisis, experts warn

Families face paying an extra £125 a month in tax within five years to stop Government debt spiralling out of control, a think-tank warned last night.

The Institute for Fiscal Studies said borrowing due to the coronavirus pandemic is already set to hit levels not seen outside the two world wars.

It warned that unless the UK is ‘lucky’, there will need to be tax rises of more than £42billion a year during the middle of this decade.

This is equivalent to £29 a week extra per household – and it would take an increase of 6p on both basic and higher rate income tax payers to raise this amount.

The IFS said that with the economy now shrinking as a result of the lockdown measures, the Government is facing a further hit to tax revenues which could easily exceed £200billion.

Families face paying £125 extra tax a month within five years due to Government debt, a think-tank said. Rishi Sunak said the Government had a ‘responsibility’ to balance the books

The think-tank fears unemployment could approach three million, the highest it has been since the early 1990s.

The warning came after Chancellor Rishi Sunak said last week that the Government had a ‘sacred responsibility’ to future generations to balance the books.

In its ‘green budget’ report, the IFS predicted that, while it would be unwise for ministers to try to balance the books while the economy still needs support, over the medium term taxes will almost certainly have to rise.

Deputy director Carl Emmerson said it would be safer for the Conservatives to say ‘we will never balance the books’ before the next election ‘and we wouldn’t advise we try’.

The report said the Government had already increased spending on day-to-day public services by £70billion in response to the pandemic.

Even if three-quarters of that was to stop this year, it would still add £20billion to public sector borrowing by 2024/25.

The IFS said that under its ‘central scenario’ the economy would be 5 per cent smaller in four years’ time than was projected at the start of the outbreak in March.

That would mean a £10billion hit to public finances in terms of lost tax revenues – although in more pessimistic scenarios that could double to £200billion.

Under the central scenario, public sector net debt is forecast to be just over 110 per cent of national income in 2024/25 – up from 80 per cent prior to the pandemic and 35 per cent in the years leading up to the 2008 financial crash. 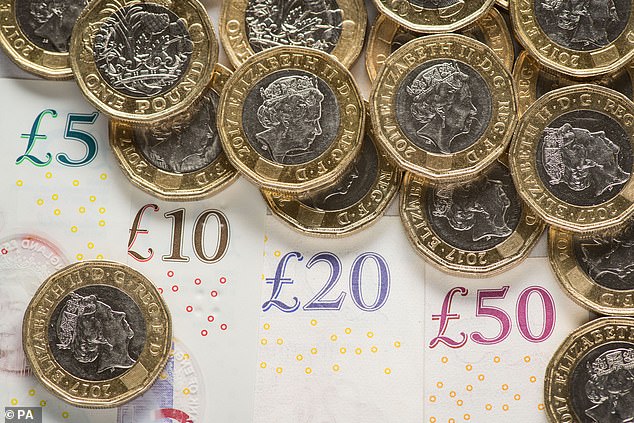 IFS director Paul Johnson said: ‘For now, with borrowing costs extremely low, Mr Sunak shouldn’t worry unduly about the debt being accrued as a result. It is necessary.

Unfortunately, none of this will be enough fully to protect the economy into the medium run.

Without action, debt – already at its highest level in more than half a century – would carry on rising.

Tax rises, and big ones, look all but inevitable, though likely not until the middle years of this decade.’

The report said that while every major economy apart from China has seen GDP shrink in the first part of the year, the UK and Spain suffered the biggest fall at 20 per cent. This is double that of the US and Germany.

Payroll data suggests 700,000 jobs have already been lost even before the initial furlough scheme finishes at the end of this month.

The report said the unemployment rate is now likely to increase to around 8 or 8.5 per cent – between 2.7million and 2.9million people – in the first half of 2021.

At the same time, it said, Brexit remained ‘a substantial economic challenge’ for the country.