Fallon Sherrock’s history-making journey gathered more momentum on Thursday night in Wolverhampton as she became the first woman ever to reach the quarter-finals of the Grand Slam of Darts.

On Tuesday, Sherrock broke new ground to become the first female player to get into the last-16 after an exhilarating 5-3 display to beat Gabriel Clemens.

Back inside the Aldersley Leisure Village in Wolverhampton, fan-favourite Sherrock was on top form again as she swept aside Austria’s Mensur Suljovic to book a last-eight date with Peter Wright. 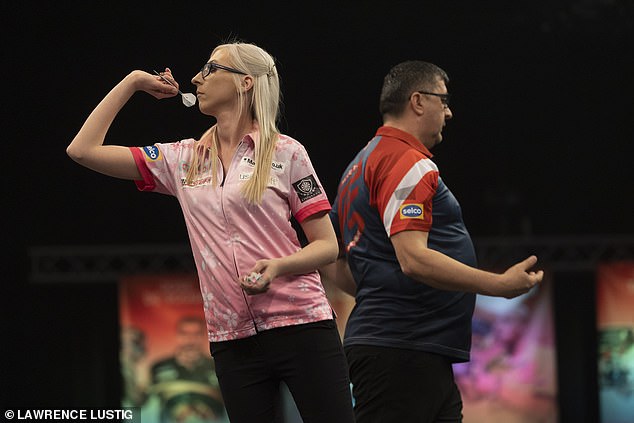 ‘Ohh yeeeessssss – loving every moment of this journey,’ she tweeted following her latest win, along with a thumbs-up selfie.

‘I felt I hadn’t been playing as well as I had been but I wanted to try and get that gap. When I went 2-0 down I told myself not to worry about it. I kept believing in myself.

On her last-eight match with Wright, she said: ‘He picked up my darts the other day, had a throw of them and said he liked them so his are kind of the same.

‘I’m going into that game saying if I can take a couple of doubles out and stay close to him… I am not going to just let him run away with it.’ 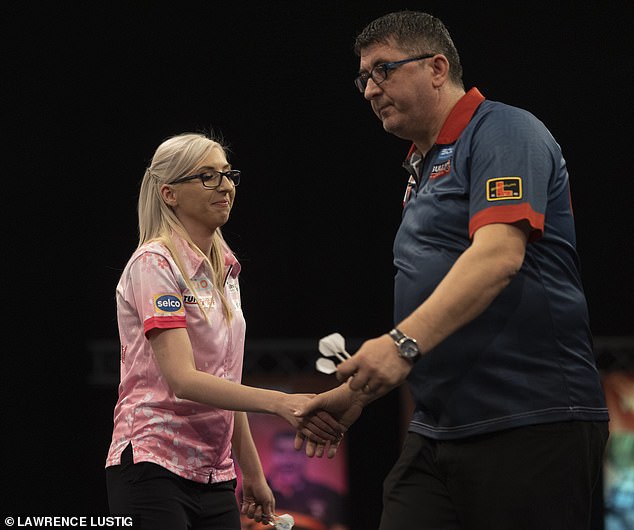 Sherrock produced a stirring display which punished a well below-par Suljovic on the night.

She came away with three maximums and channeled the same spirit that saw her defeat this same opponent at Alexandra Palace in 2019, earning her the nickname ‘Queen of the Palace’.

Suljovic made the better start in this one, racing into a 2-0 lead but with the crowd on her side Sherrock elevated her game to take three legs in succession thereafter to put herself ahead.

Striking double nine for a checkout edged her ahead at 3-2 before double five made it 4-2 in her favour.

The Austrian continued to have no real answer for Sherrock and a magnificent bull finish got a huge roar from the crowd to put her in control at 5-3.

What followed was a routine close which again came to a head with a double nine to seal a 10-5 victory and attention now turns to her meeting with Peter ‘Snakebite’ Wright for a place in the semi-finals. 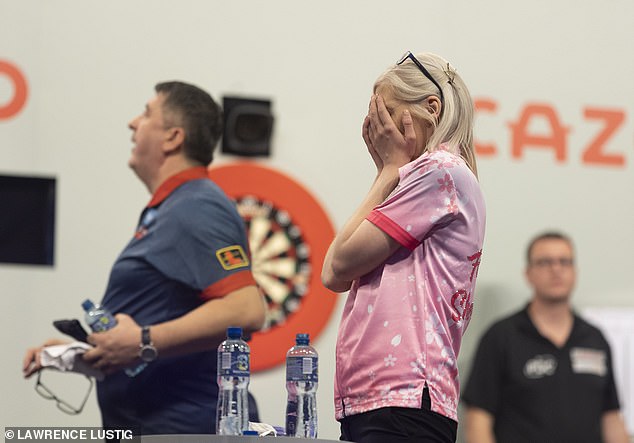