Fake mask influencers are JAILED in Bali: YouTubers who painted a mask on their faces for video stunt after being refused entry to supermarket will be deported as ‘soon as possible’

By Lauren Lewis For Mailonline and Ap

Two influencers were today jailed in an Indonesian immigration centre awaiting deportation from Bali after they recorded themselves defying mandatory mask-wearing by painting face coverings on themselves.

The US-based YouTuber Josh Paler Lin and Russian influencer Leia Se had their passports seized on Friday after they filmed themselves painting a blue surgical mask on Se and entering a supermarket with it.

They applied the make-up after store security initially turned away the maskless Russian but somehow managed to get in with the fake version.

Lin, a Taiwanese passport holder whose YouTube channel specialises in prank videos, and Se, who has over 25,000 Instagram followers, sparked outrage with the stunt with virus cases and deaths climbing in Bali.

Police said it was ‘only proper’ to deport the pair for breaking Indonesia’s Covid-19 laws. 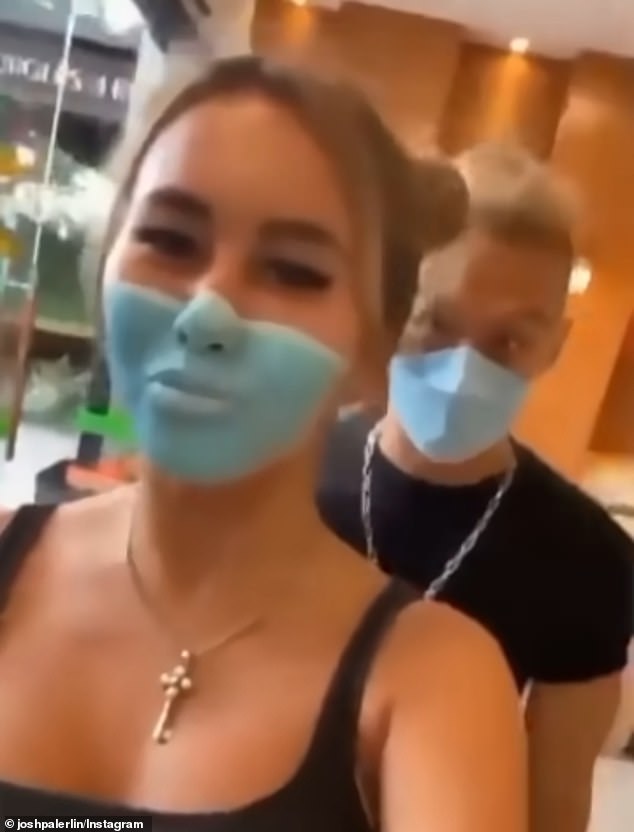 ‘Did you notice like no one’s actually looking at you?’ Lin exclaimed. ‘I can’t believe it worked!’ he said in the video posted two weeks ago.

It has since been taken down from his social media accounts but has been reposted elsewhere.

Although first-time violators of Bali’s mask-wearing rule face fines of 1 million rupiah ($70) for foreigners and deportation after a second offence, the police wanted them removed off the island immediately.

‘They are not only violating, but deliberately provoking in public to defy health guidelines.’

The pair had shown remorse and apologised through Lin’s Instagram video.

‘However, I did not realise that what I did could actually bring a lot of negative comments,’ he said, advising people to always wear masks and encouraging tourists to return to Bali. 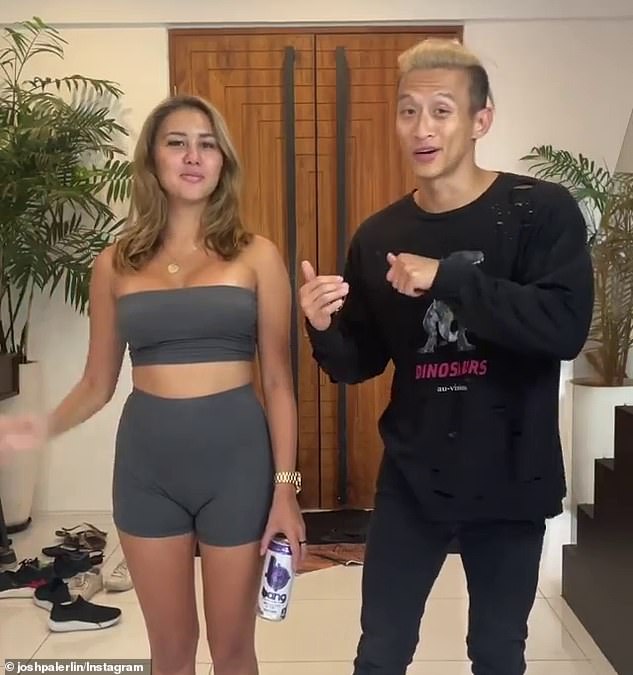 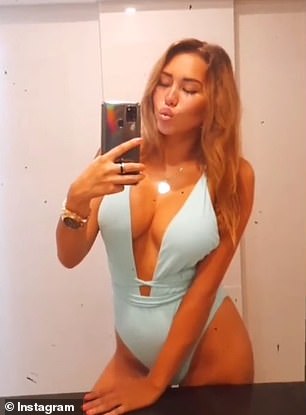 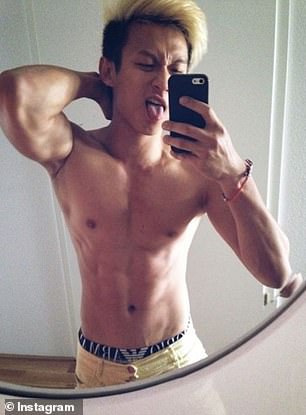 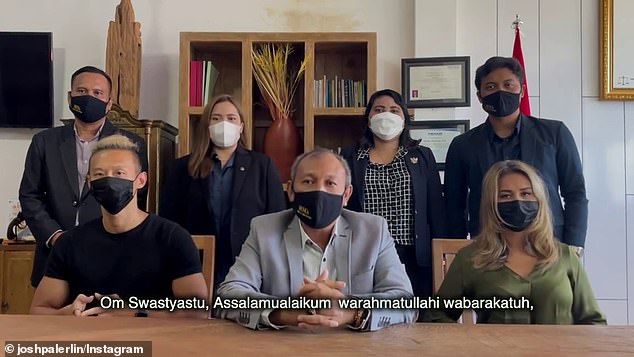 The social media influencers (front left and front right) later posted a video, appearing alongside their legal team (pictured), to apologise for the prank 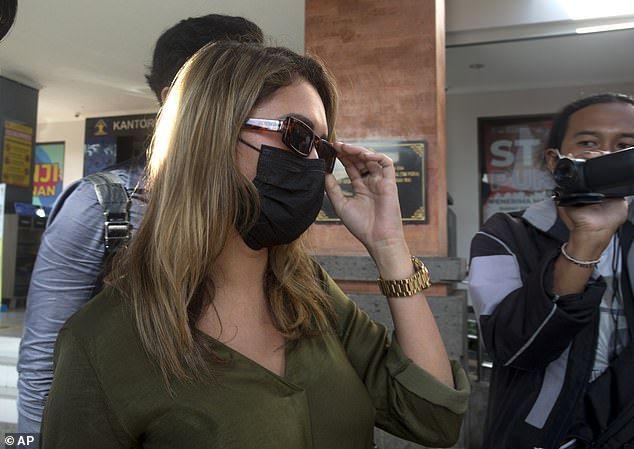 Lin is a Taiwanese passport holder whose YouTube channel specialises in prank videos and is followed by 3.4 million fans. Se (pictured) has over 25,000 Instagram followers

Jamaruli Manihuruk, who heads the Bali regional office for the Justice and Human Rights Ministry, said that Lin and Se to be deported as soon as possible after they are tested for COVID-19.

‘Foreigners who don’t respect the laws and regulations in Indonesia are facing deportation sanctions,’ Manihuruk said.

He said Lin and Se will be placed in a detention cell at the immigration office while waiting for their flight.

In January, authorities in Bali deported Sergei Kosenko, a Russian social media celebrity, after he posted a video of himself driving a motorcycle with a female passenger on the back off a pier into the sea.

The stunt was condemned by many Indonesians as reckless and a potentially hazardous to the environment.

Indonesia has been the hardest hit south-east Asian country, with 1.6 million cases of Covid and almost 45,000 coronavirus-related deaths. 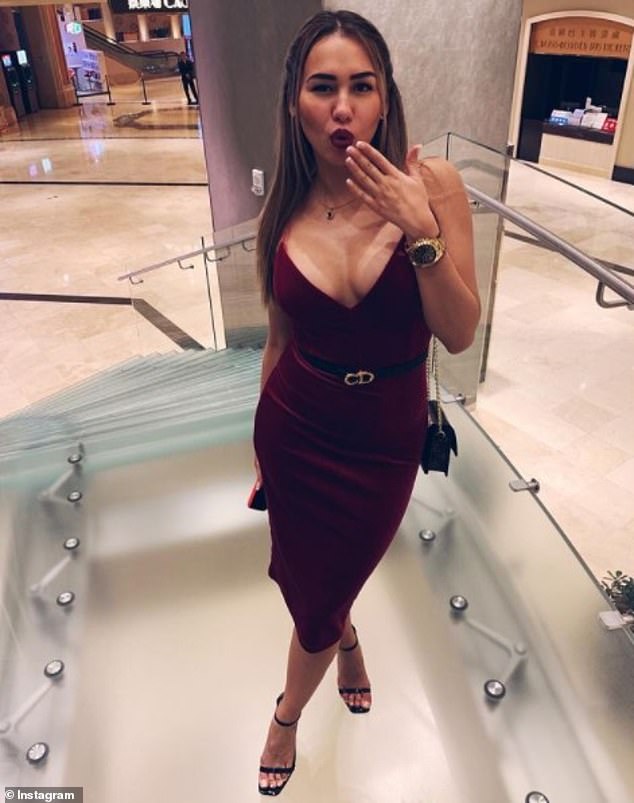 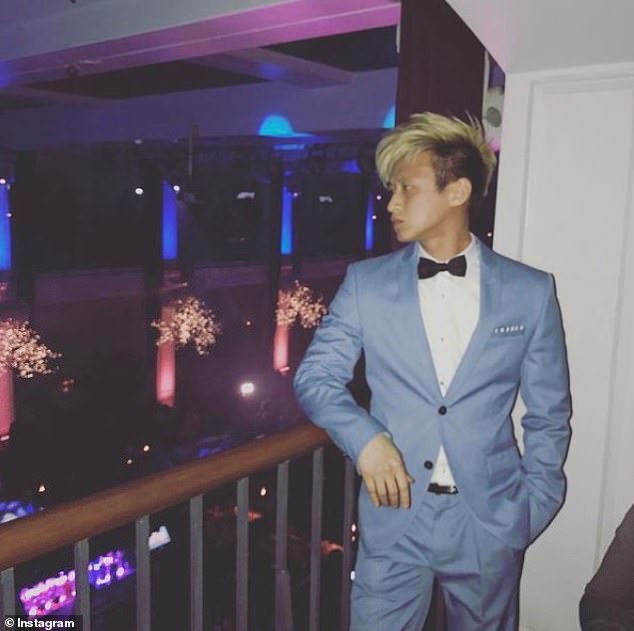